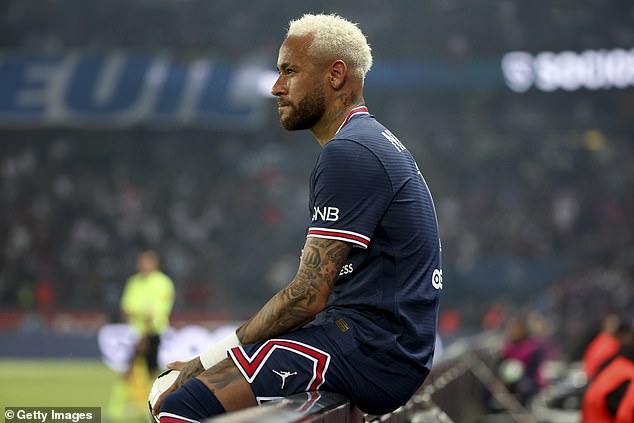 PSG ‘will let Neymar LEAVE if the right offer comes in this summer’ with his status at the club ‘deteriorating’… but ‘Man City, Man United, Liverpool and Real Madrid have no interest in him – and he doesn’t want to join Newcastle’

Paris Saint-Germain are willing to let Brazilian forward Neymar leave this summer if they receive a suitable offer, according to reports in France.

The Brazilian is still the most expensive player of all time after joining the French giants for £198m in 2017, but his status at the club is said to be on the wane.

And as reported by French outlet L’Equipe, his relationship with star man Kylian Mbappe – who has just signed a £650,000-a-week, three-year deal – has deteriorated to the point the club and president Nasser Al-Khelaifi are fine with letting him go.

However, European giants Manchester City, Manchester United, Liverpool, Real Madrid and Bayern Munich have no interest in signing the 30-year-old, and Saudi Arabia-funded Newcastle could afford him but Neymar would not want a move there.

When Neymar joined the club from Barcelona, he was one of the biggest names in the sport and Al-Khelaifi said he had ‘the best player in the world’ at the Parc des Princes.

That may still be true, but Neymar has since been eclipsed by Mbappe, who has outscored him for the last four seasons, and the 22-year-old forward’s bumper new deal cements his position as No 1 at PSG. 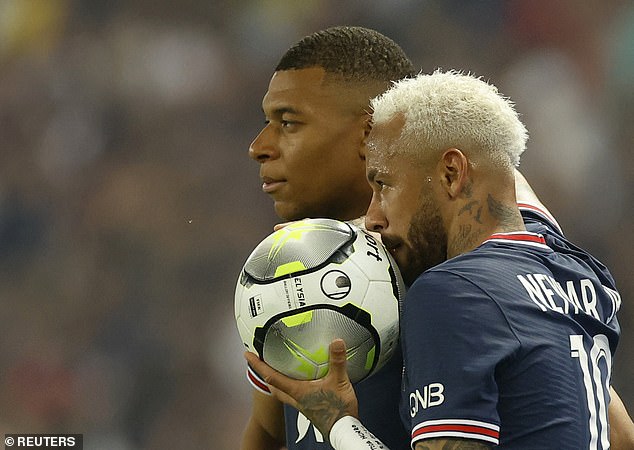 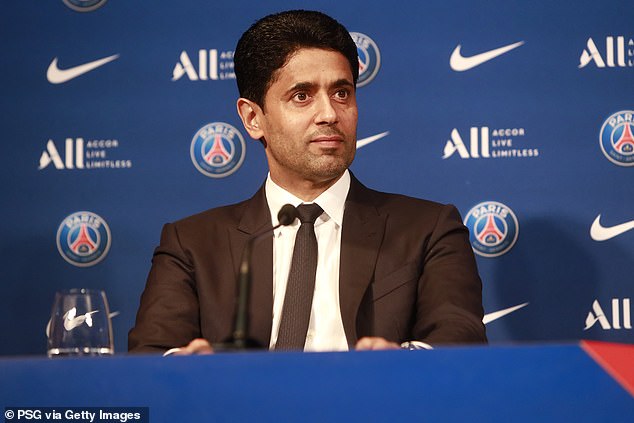 Despite having extended his contract until the summer of 2025 – with the option of an extra season – just over a year ago, his status has reportedly fallen rapidly.

From being part of the dream front three alongside Mbappe and Lionel Messi, he only played a bit-part role this campaign, with 13 goals in 28 games in all competitions, compared to Mbappe’s 39 in 46.

He has admittedly suffered recurring injuries, including ligament damage, but many at the club are aware of his ‘questionable’ lifestyle and feel he at least bears responsibility for that.

Moreover, Mbappe – who was once close with his team-mate when they shared a kit supplier – has grown more distant, with L’Equipe claiming he freely taunts Neymar in private, and would not mind if the 117-cap international left. Mbappe is thought to have a say over transfers in and out as part of his new contract. 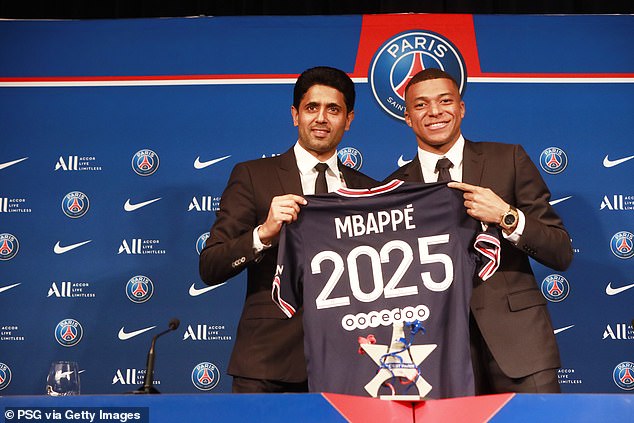 Mbappe was expected to move to Real Madrid but recently extended his contract to 2025, signing a £650,000-a-week three-year deal which cements his position as No 1 at the club

But Neymar still has three years left on a contract which pays him £3.4m per month, is happy and settled in the French capital and is the second-highest player at the club – meaning he has no real motivation to leave.

He has scored 10 goals and provided five assists since a three-month injury absence, but is still believed to rub certain people at the club the wrong way with his ‘arrogant’ image and mercurial character.

While Messi has not necessarily eclipsed Neymar on the pitch in his first season at the club, his work ethic and commercial value means the club are reportedly not even considering selling him.

A source in Neymar’s camp told L’Equipe: ‘No one contacted us to tell us that Neymar was on the market. We were pressured to extend last year. We extended. We still have several years of contract. That’s all we know.’