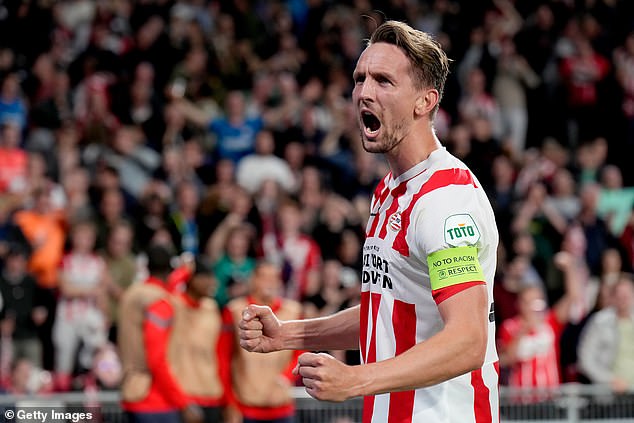 PSV 2-0 Arsenal: Gunners are beaten for just the second time this season as Veerman strike and De Jong header punish defensive errors to leave Arteta’s side needing a win next week to top group

PSV had begun the game at an electric pace in a far improved display from the previous week, and had two brilliant goals ruled out for offside from Cody Gakpo and Xavi Simons.

But the hosts finally got their noses in front after Joey Veerman’s goal just before the hour, and substitute striker Luuk de Jong then made it two on 63 minutes after Aaron Ramsdale mistimed a punch from a corner.

And despite a host of changes from Mikel Arteta, Arsenal were ultimately consigned to just their second defeat of the season, meaning they will need a win against Zurich next time out to seal top spot.