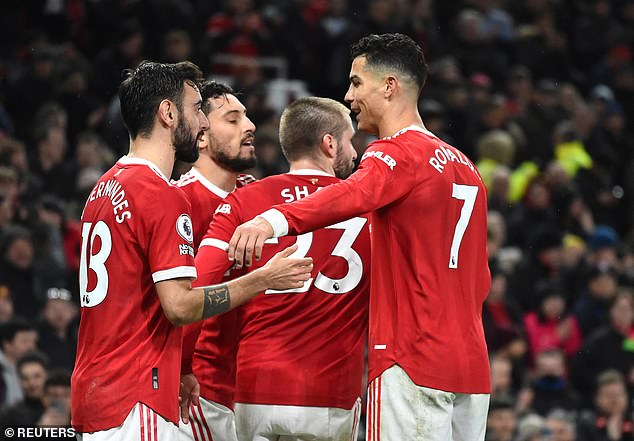 Jamie Carragher, Micah Richards and Thierry Henry are left in hysterics after Peter Schmeichel claims Manchester United CAN win the Champions League this season… but even the club legend didn’t seem convinced!

The former stars were all on duty for American network CBS Sports on Tuesday night as Europe’s elite competition returned to action. 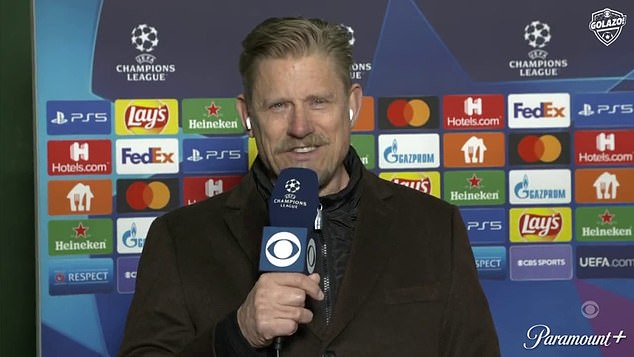 The Red Devils, however, were in Premier League action as they beat Brighton 2-0 thanks to goals from Portuguese duo Cristiano Ronaldo and Bruno Fernandes.

Talk quickly switched to United’s chances in Europe in the CBS studio – despite their dismal season so far in all competitions. United travel away to Atletico Madrid next week for the first leg of their last-16 tie.

Schmeichel was asked by Richards: ‘Peter, do you honestly believe that Manchester United can win the Champions League? Be honest with me now, no messing around.’ 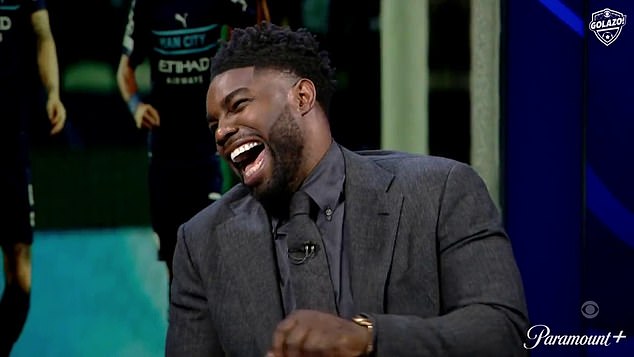 Richards (pictured), Jamie Carragher, and Thierry Henry were left in hysterics in the studio

After a long pause, he replied emphatically: ‘Yes. What kind of a question is that?’

Following a big laugh from the studio, which also included Henry, Carragher responded: ‘What kind of an answer is that?!’

Ralf Rangnick’s side have struggled for consistent form all season and it will be a tough task for them to progress past Diego Simeone’s Atletico.

United made it through the group stage by finishing top of Group F, despite only winning half of their matches against Villarreal, Young Boys and Atalanta.

They have struggled to even pick up results in the Premier League since, but will be hoping they can make something of the season, with the Champions League being their last shot at a trophy.