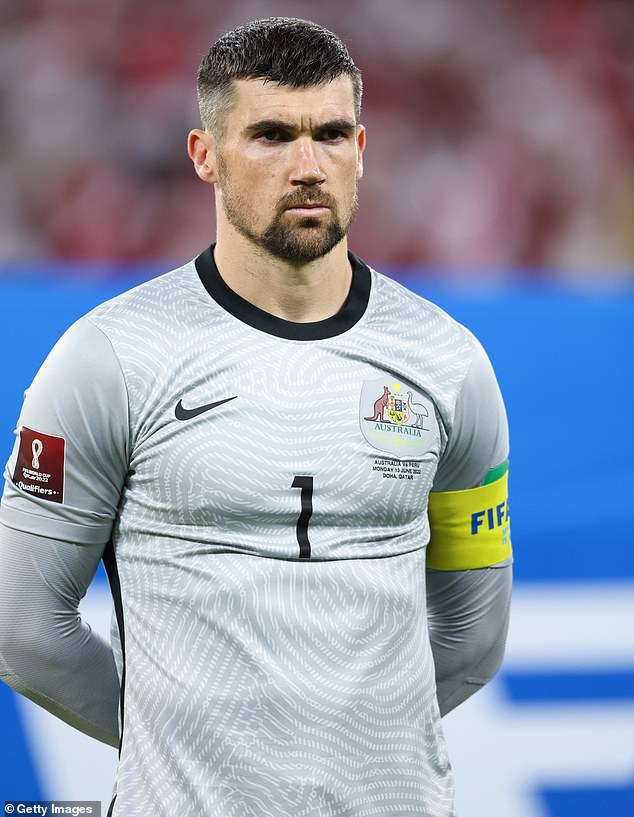 Qatar hit back after 15 current Australian players released a combined statement  highlighting the ongoing ‘suffering’ of imported workers – many of whom are reported to have died during preparations for the tournament, and mostly live in miserable conditions.

They were the first FIFA World Cup squad to formally voice their opinion on the divisive matter.

Qatar’s Supreme Committee for Delivery and Legacy responded with a statement saying efforts were being made to improve conditions for foreign contract workers but progress would take time.

‘New laws and reforms often take time to bed in, and robust implementation of labour laws is a global challenge – including in Australia,’ the statement read.

‘No country is perfect, and every country — hosts of major events or not — has its challenges.’

The collective message from the Socceroos in the video was clear – the decision to award World Cup hosting rights to Qatar has ‘resulted in the suffering and harm of countless workers’, while also referencing that homosexuality is currently illegal in the country.

‘We stand with FIFPro, the Building and Wood Workers International, and the International Trade Union Confederation, seeking to embed reforms and establish a lasting legacy in Qatar,’ the video outlines. 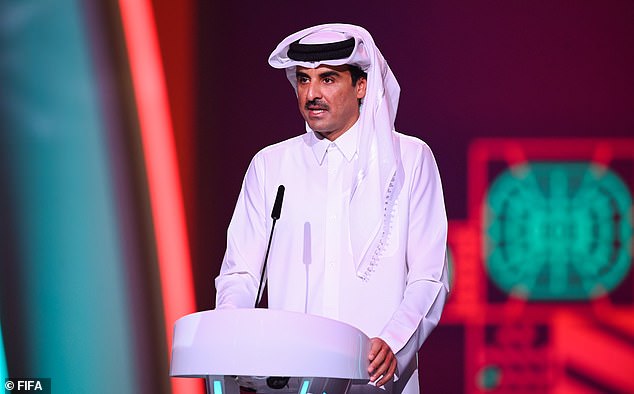 ‘This must include establishing a migrant resource centre, effective remedy for those who have been denied their rights and the decriminalisation of all same-sex relationships.

‘These are the basic rights that should be afforded to all and will ensure continued progress in Qatar…[and] a legacy that goes well beyond the final whistle of the 2022 FIFA World Cup.’

In response, a Qatar World Cup spokesperson said ‘we have committed every effort to ensuring that this World Cup has had a transformative impact on improving lives’.

‘Protecting the health, safety, security, and dignity of every worker contributing to this World Cup is our priority.’

Media identity Piers Morgan was not impressed with the stance of the Socceroos, challenging them to go beyond mere posturing.

‘Fine virtue-signalling words… presume you will now be boycotting the tournament?’ the television broadcaster posted on Twitter.

‘Or don’t you guys care THAT much?’ 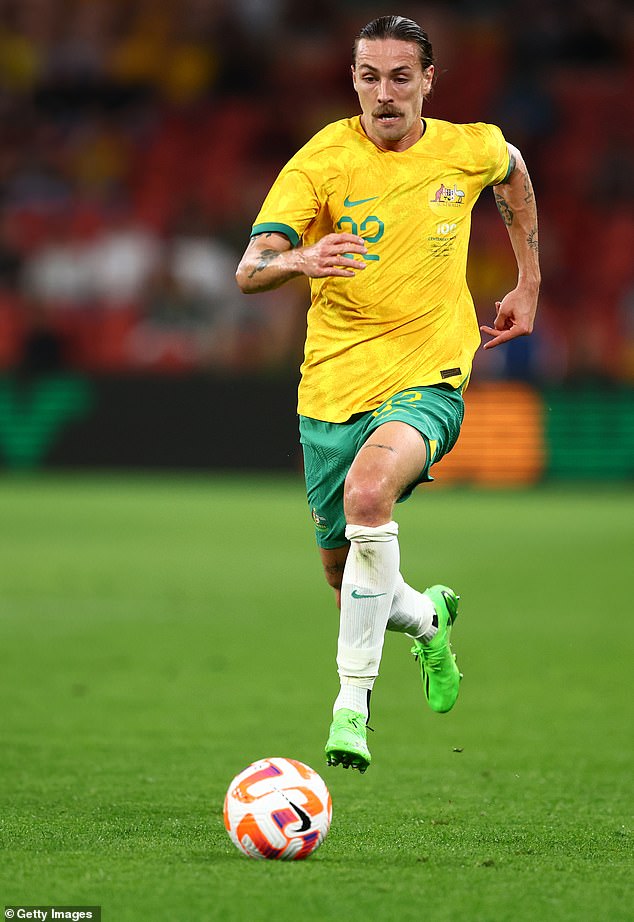 The powerful video message, delivered by 15 current Socceroos players, has the support of Football Australia, who released their own statement on the matter (pictured, midfielder Jackson Irvine)

Migrant workers have endured oppressive conditions in Qatar and many died while building infrastructure for the tournament in recent years – although the precise number of fatalities is contested.

According to The Guardian, as many as 6500 workers from India, Pakistan, Nepal, Bangladesh and Sri Lanka have died in Qatar since it was awarded World Cup hosting duties in 2010.

Football Australia also weighed in on the matter, suggesting the Gulf state alter their stance on same-sex relationships. 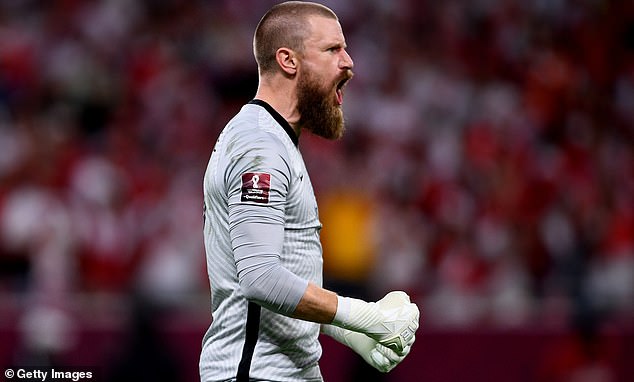 Homosexuality is deemed a criminal offence in Qatar.

Captains from a number of leading European nations — including England, France and Germany — are tipped to wear armbands with rainbow colours and the message ‘One Love’ during the World Cup, which kicks off in 23 days.