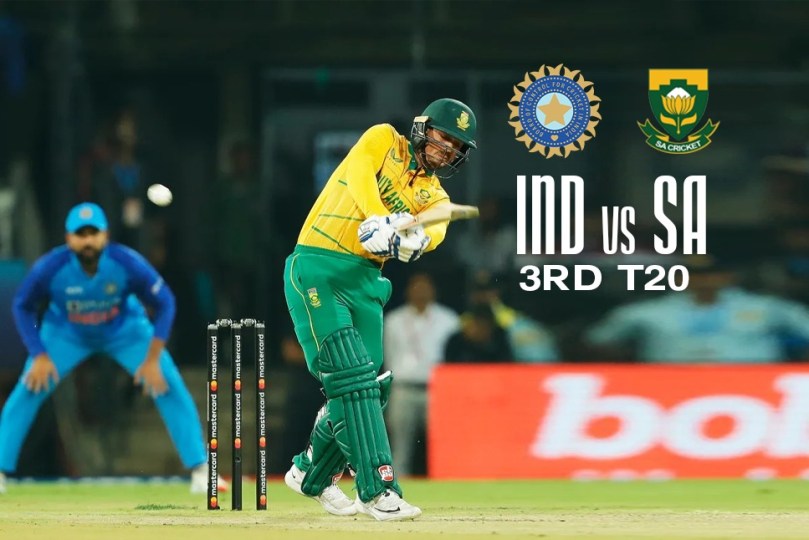 IND vs SA: De Kock strikes form before World Cup: Quinton de Kock has struck form at the right time. The opener hit a half-century (68) in the India vs South Africa 3rd T20 in Indore on Tuesday. In fact, the wicket-keeper had scored an unbeaten 69 in the last match. These are ominous signs for South Africa with the player marking his return to form just ahead of the T20 World Cup. Follow India vs South Africa live updates with InsideSport.IN

This is the last T20 series for South Africa ahead of their T20 World Cup campaign. The ICC event starts in two weeks’ time in Australia.

There were growing concerns in the South African camp before the team landed in India. De Kock is one of their key players, and his scores in the lead up to the series was quite poor. He struggled in the series against Ireland, England and other teams. For instance, he scored 14 runs against Ireland in two matches. The opener 17 runs against England in three matches.

Even when the Proteas came to India in June, he did not have a good series. In fact, the management were concerned after the first T20, where he was out for one run only. However, the second T20 in Guwahati seems to have changed his fortunes and form. He initially struggled in that game too, but he got a move on in the latter stages and scored an unbeaten 69.

He seemed to have reserved the best for the third and final match of the T20 series. The opener looked in top notch throughout the innings. One could sense the confidence in his game, the way he approached it.

Back to back fifties for Quinton de Kock 👏#INDvSA | 📝 Scorecard: https://t.co/Za8J5e3abK pic.twitter.com/b1C4lPOYAn

His first scoring shot was a pick-up shot six, and that is a characteristic de Kock shot. When he plays that shot for a six, it is understood that the player is in good form. He followed that shot with another four in the same over. A couple of balls later, the southpaw smashed Deepak Chahar for another six around the square leg area.

From there on, it was just about de Kock, who began to deal in boundaries only. He was aggressive against both the spinners and pacers, who were both taken for runs. He even completed his half-century in 35 balls. With more than 10 overs to go, century looked like a possibility with the way he was batting.

The wicketkeeper batter increased hopes with flurry of boundaries. Unfortunately, he was run out for 43-ball 68 in the 13th over. His innings comprised of six fours and four sixes. But he laid a perfect platform for the rest of the South Africa batters to put a big score on the board.