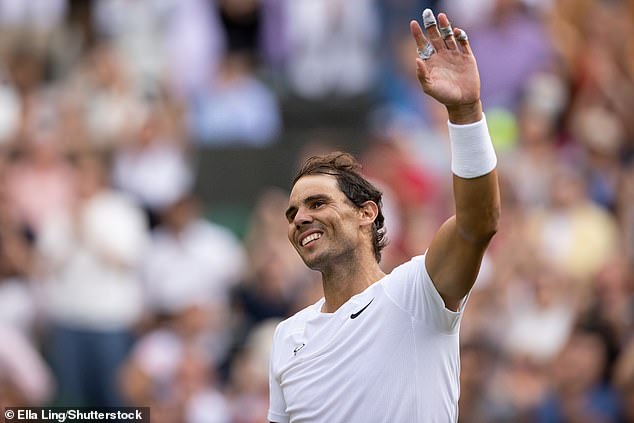 By Tyrell Feaster For Dailymail.Com and Ap

Rafa Nadal confirmed on Wednesday that he will compete at next week’s Cincinnati Open after being forced to withdraw from the ongoing Canadian Open due to an abdominal injury.

The world number three opted out of the U.S. Open tune-up event in Montreal with the same strain that has limited his service motion and forced him to forfeit his Wimbledon semi-final last month.

‘(Flying) tomorrow to Cincinnati,’ the Spaniard posted alongside a photo of himself shirtless and smiling.

Nadal, who has won a men’s record 22 major titles, will be the only one of tennis’ Big Three in the draw of the hardcourt tournament as rivals Roger Federer and Novak Djokovic will both be absent.

Federer is still undergoing rehab after undergoing knee surgery while Wimbledon champion Djokovic is unable to compete in the North American tournaments due to his refusal to get vaccinated against COVID-19, which prevents him from entering the two countries. 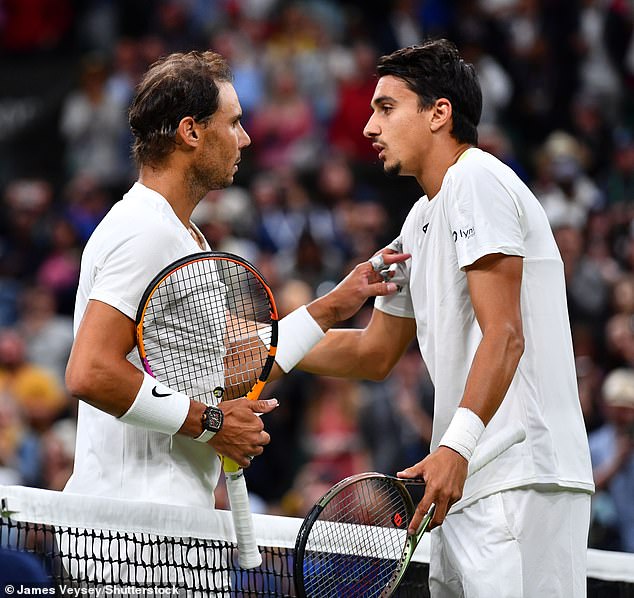 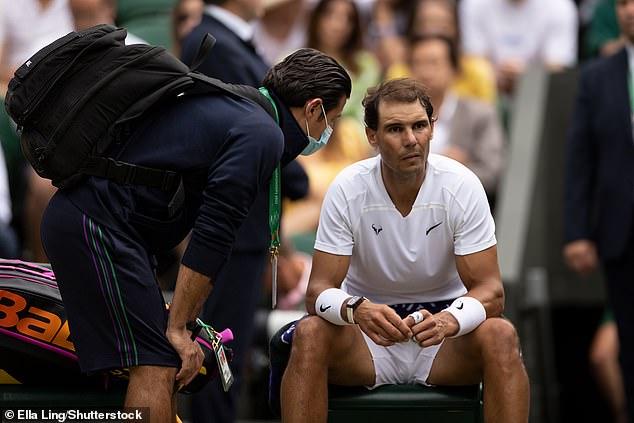 The 36-year old Nadal has not played in Cincinnati in five, after opting to play only in Canada in 2018 and 2019. He also did not compete during the height of the pandemic.

It remains to be seen if the issue will hinder Nadal’s performance in Cincinnati, but the weakened top of the field may still assist him.

One can only think the quick turn around in his decision to play after withdrawing from competition only six days ago can be taken as signs of improvement in Nadal’s condition.