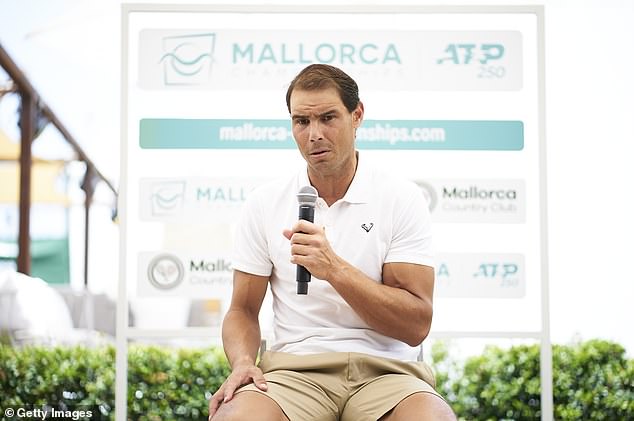 Rafa in, Emma out? French Open winner Nadal will play at Wimbledon but Raducanu is a MAJOR doubt after she confirms she will miss next week’s Rothesay International in Eastbourne due to injury

Slowly the field for what will be a highly unusual Wimbledon is taking shape — Rafael Nadal is becoming very much a probable, while Emma Raducanu slips more towards the possible category.

Nadal all but announced his participation on Friday, but Raducanu was confirmed as missing next week’s Rothesay International at Eastbourne due to the side strain she is struggling to shift.

It means that, at best, the US Open champion will go into SW19 lacking competitive grass-court matches. Just the seven games that were managed at Nottingham were banked before she was forced to retire with her latest ailment. 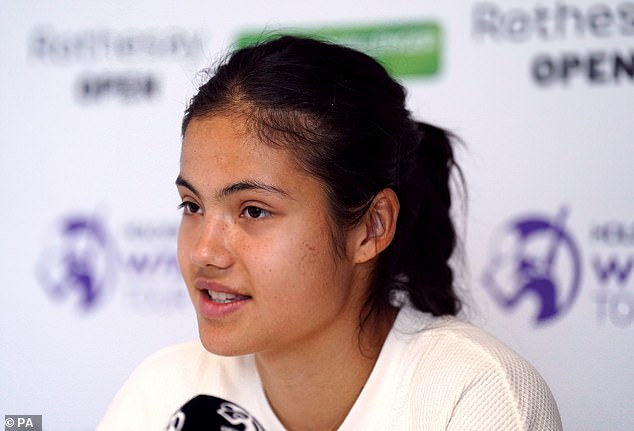 Raducanu, 19, is said to have practised on Wednesday and Thursday at Wimbledon, but was still experiencing discomfort that is particularly hindering her service motion.

Side strains, commonly seen among bowlers in cricket, can be easily exacerbated and require cautious recovery. While it had initially looked hopeful that Raducanu could get back on the match court quickly, she will need monitoring next week ahead of Friday’s draw.

She will be desperate to play, but it cannot be guaranteed that she will be in it. The fact that she cannot defend the ranking points gleaned from reaching last year’s fourth round also takes away an element of urgency to make it to the All England Club. 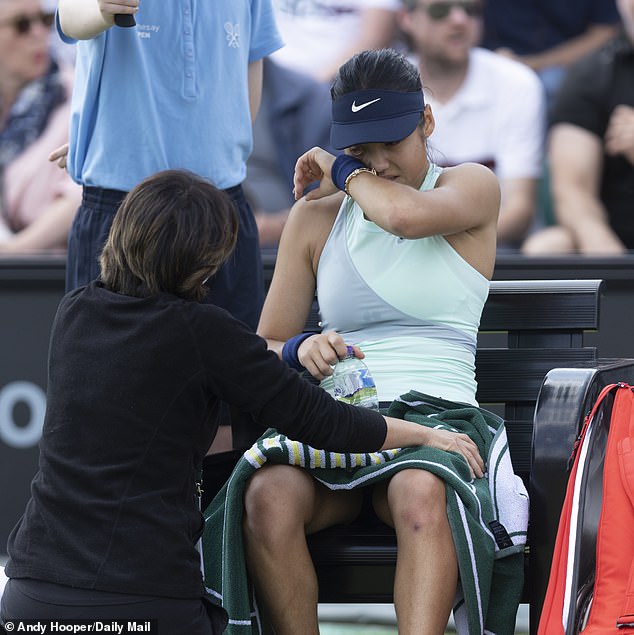 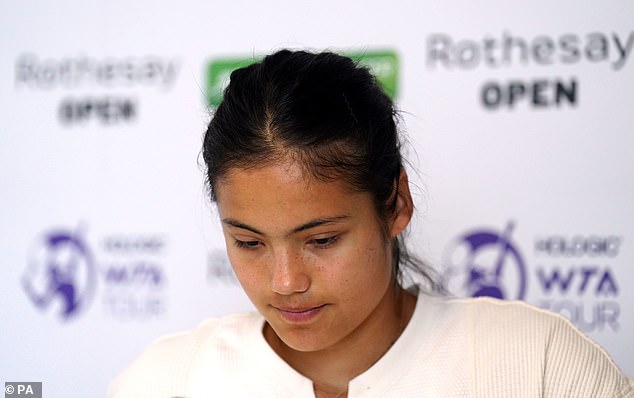 Nadal spoke on Friday in his native Mallorca and, while stopping short of absolutely confirming his presence, everything is in place.

After winning the French Open he told of how he would be having treatment to deaden the nerves in his troublesome foot, while ruling out taking any more of the pain-killing injections that numbed it completely for Paris.

He feels well enough to come to London, and has booked a spot to play in the Giorgio Armani Tennis Classic exhibition event that begins on Tuesday at Fulham’s Hurlingham Club.

Novak Djokovic will also play a match there and it could be that Andy Murray — who resumed practice on Thursday after having a stomach muscle issue — will make a similar request.

Nadal said: ‘I have trained well this week and my departure on Monday for London is to that effect. But my foot situation must be evaluated day after day, so at this moment I don’t have this certainty of being able to play.

‘I just know that I want to play the tournament, but we must also be careful. In the first days I had complicated feelings, day after day I got better. One more week of training in London and I hope to be able to play at Wimbledon and to be competitive.’

Incredibly, Nadal is halfway to the calendar Grand Slam and must be looking at the SW19 field and fancying his chances of finding a way through it to the title.

The Spaniard’s extraordinary success at the French Open has been a burden on his Wimbledon prospects since reaching his last final in 2011. He had a poor run there until 2018, when he reached the first of two consecutive semi-finals again. 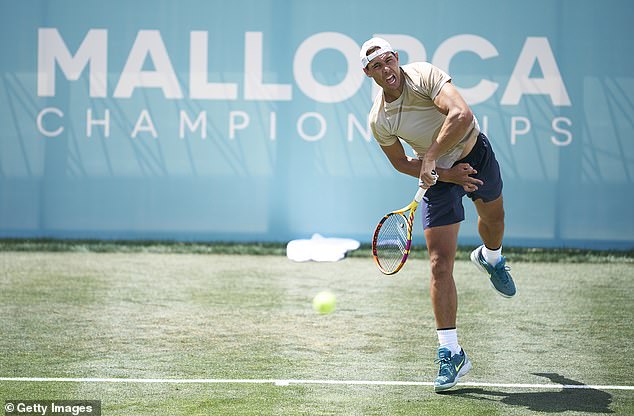 Through a combination of injury and the pandemic he has not been seen on the grass since 2019, but if anyone knows how to work their way through a Grand Slam fortnight it is the 36-year-old Spaniard, who this week also revealed that he is to become a father in the autumn.

His participation would be a welcome boost for Wimbledon in a year when it has deprived itself of the best Russian and Belarusian players, and in turn been stripped of ranking points by the ATP and WTA Tours. Along with another great champion, Serena Williams, Nadal’s presence seemed unlikely a couple of weeks ago, and can be considered a bonus of sorts.

A total prize pot of more than £40million has ensured a full supporting cast of those eligible.

However, the roll call of absentees is considerable, and for the first time since the rankings were brought in 49 years ago the world’s No 1 and No 2 men will not be there. Daniil Medvedev is barred and Alex Zverev injured.

World No 8 Andrey Rublev is disallowed along with women’s No 5 Aryna Sabalenka.

The great Roger Federer, 40, — who won the last of his eight titles at SW19 in 2017 — is still nursing his knee, while Venus Williams, now 42, has probably played her last Wimbledon.