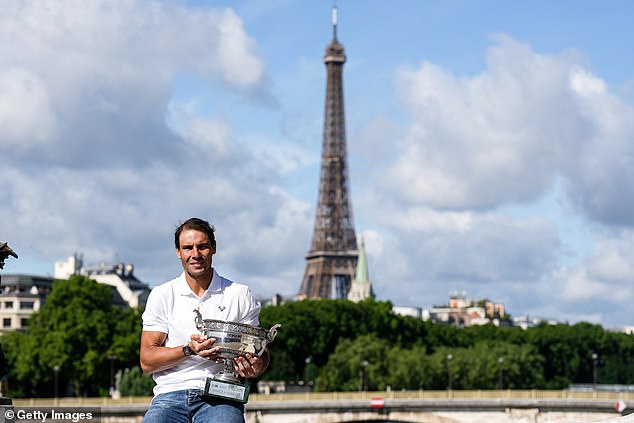 Rafael Nadal’s 17-year domination of Roland Garros: From his first trophy as a teenager back in 2005, to celebrating with Mickey Mouse… how the Spanish clay court legend has basked in French Open glory after winning a record-extending 14th title 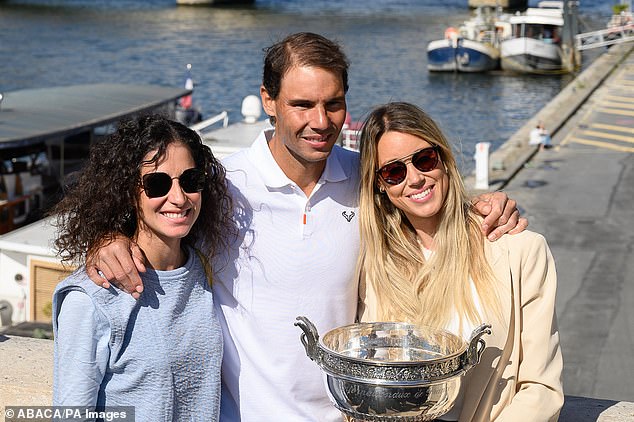 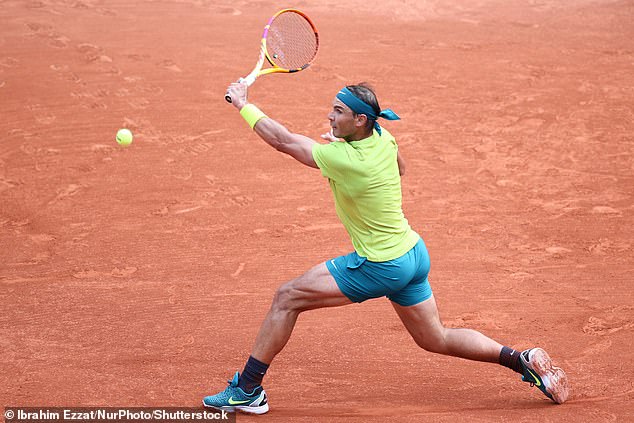 And on Monday morning, as is tradition, the Spaniard posed for trophy pictures in Paris to celebrate his latest triumph.

Sitting on top of Alexandre III Bridge, Nadal was a picture of happiness as he held aloft the Musketeers Cup.

A setting and scenario he is all too familiar with, Nadal also shared the moment with two of his loved ones – as his wife Xisca Perello and younger sister Maria Isabel Nadal were present too.

With the Eiffel Tower in the background, tennis fans will be aware of this backdrop from Nadal – dating back to 2005.

Then sporting long brown hair, the left-hander poses for pictures with the Eiffel Tower as a backdrop as well as the statue of Don Quixote. 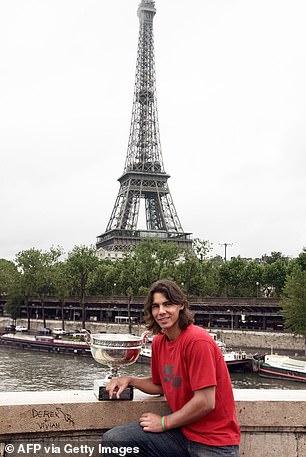 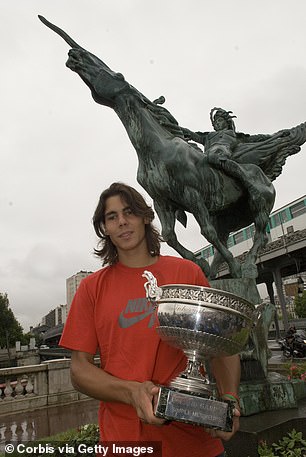 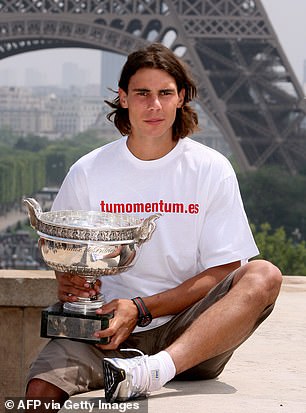 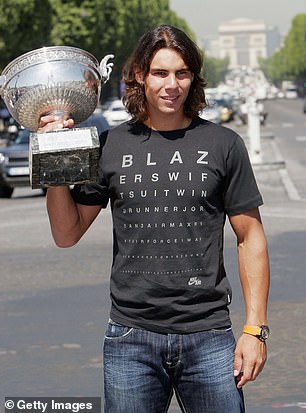 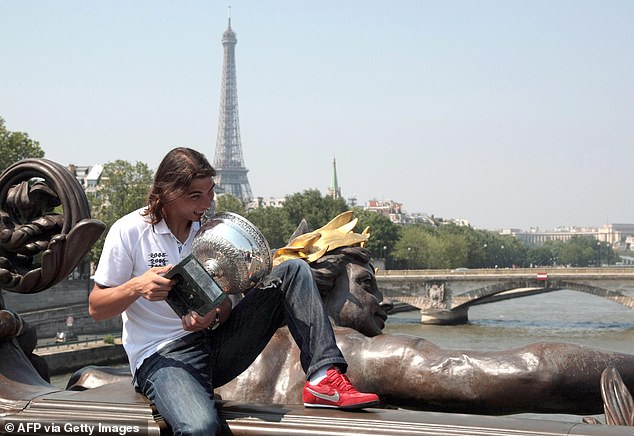 Across now three decades, Nadal’s look has changed (he has shorter hair for example) and so has his settings for trophy pictures.

These have included posing for pictures at at Disneyland Paris in 2010 with Ratatouille as well as Mr and Mrs Incredible (after beating Robin Soderling 6-4, 6-2, 6-4) and a year later standing alongside Mickey Mouse.

Two years later, Nadal was back at Disneyland Paris – this time celebrating alongside Sulley from Monsters Inc.

His recent triumphs have been more lowkey and traditional – returning to the historic sites of Paris. 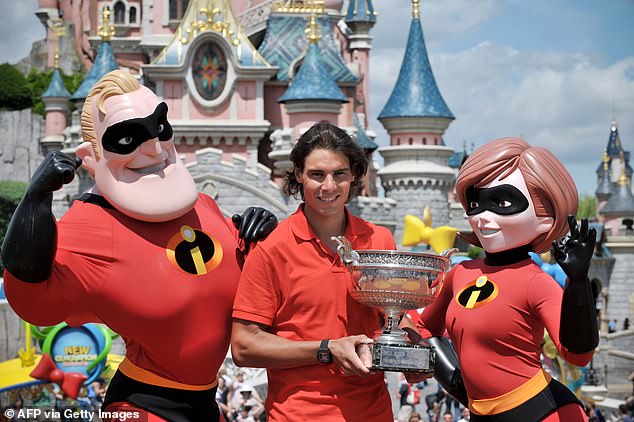 After a shock defeat in 2009, Nadal won in 2010 and celebrated next to Mr and Mrs Incredible 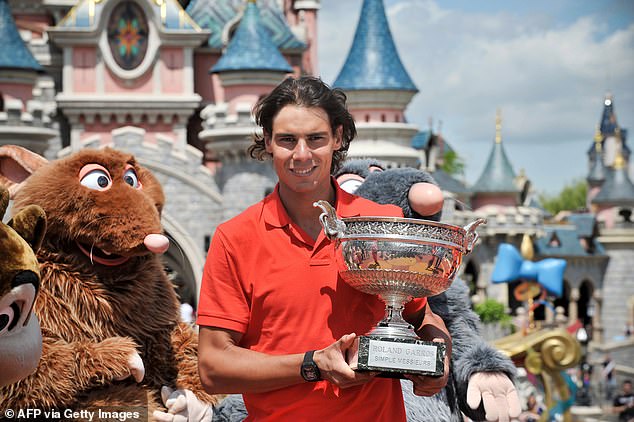 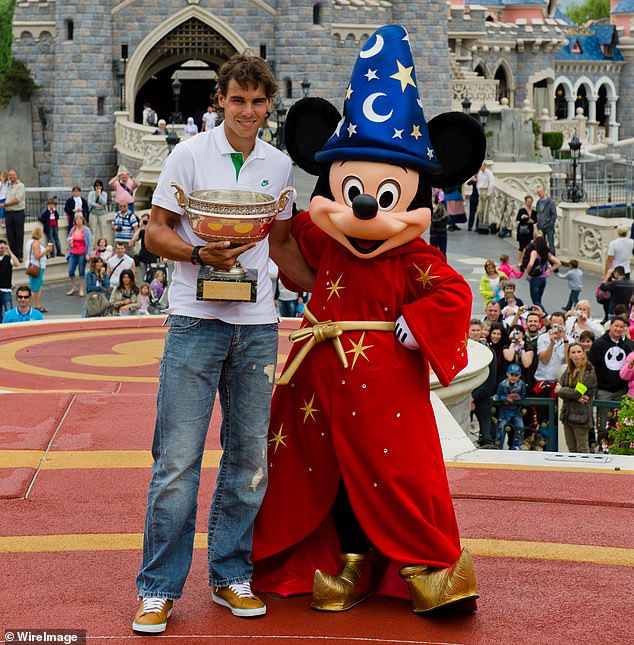 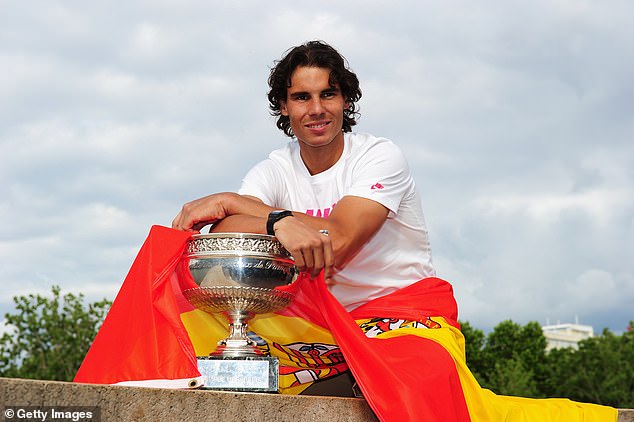 After beating Novak Djokovic in 2012, the Spaniard draped himself in his country’s flag 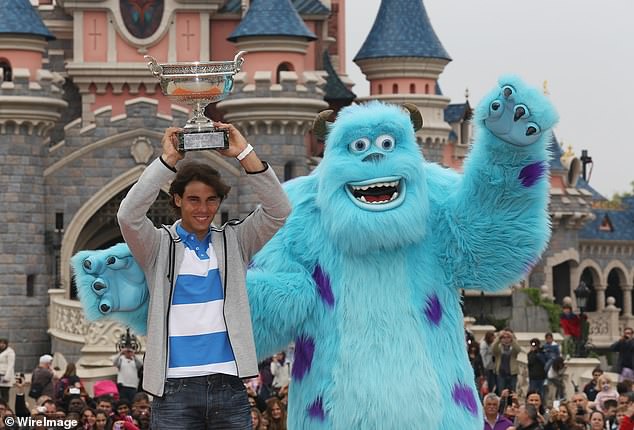 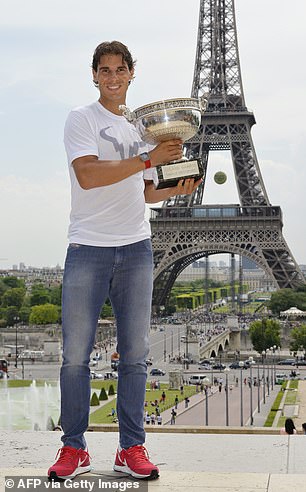 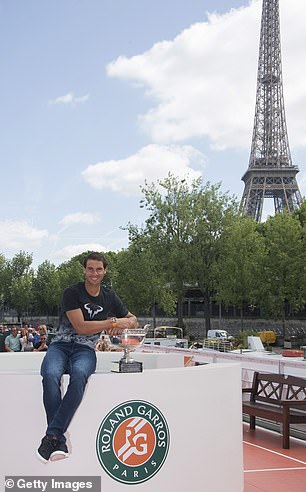 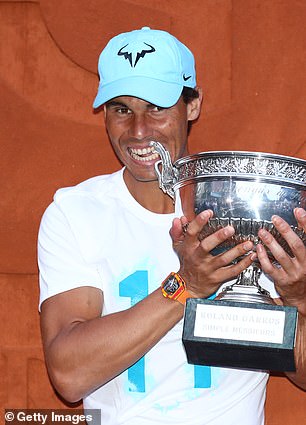 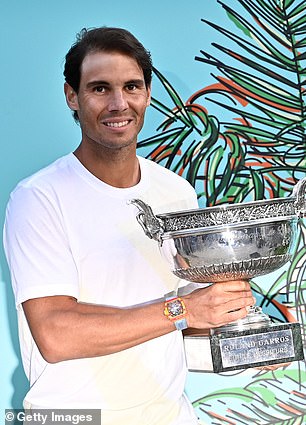 Now with shorter hair, Nadal tried out different poses after winning in 2018 (left) and 2019 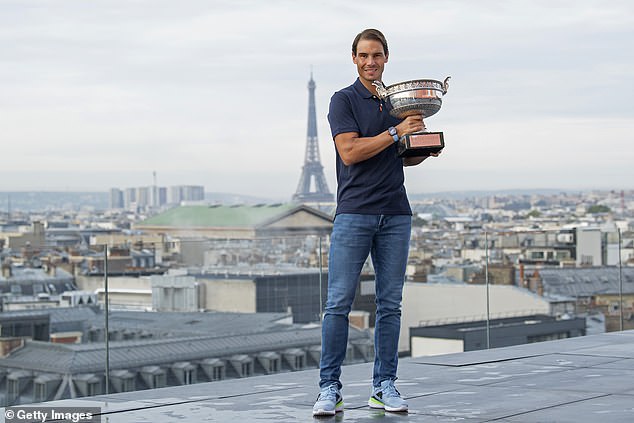 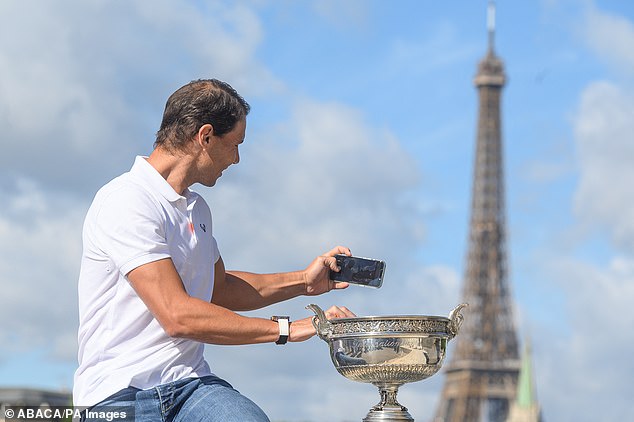 And as of Monday, the 36-year-old posed for a selfie with the Musketeers Cup after title No 14