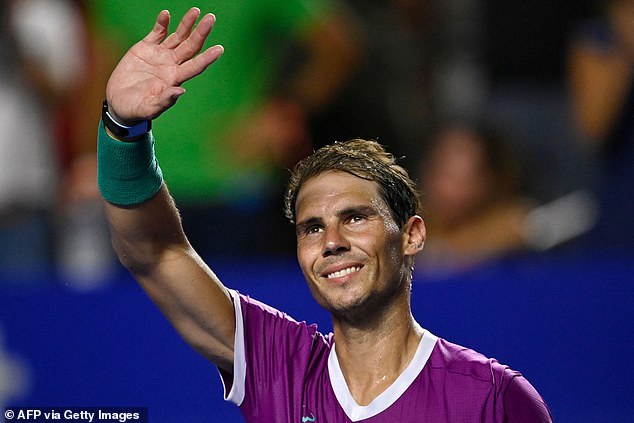 Rafael Nadal extended his winning run in 2022 to 12 matches in his best start to a season in his career, dismissing American Stefan Kozlov 6-0, 6-3 in Acapulco on Wednesday to reach the quarter-finals.

The 21-time Grand Slam champion, a three-time winner in the coastal resort town, arrived in Mexico having won an Australian Open tuneup event and the hardcourt major in Melbourne last month after missing a chunk of 2021 with a foot problem.

Kozlov, who was the Spaniard’s practice partner on Monday when he was called in as a last-minute replacement for injured Frenchman Maxime Cressy in the main draw, had no answer in this one-sided contest. 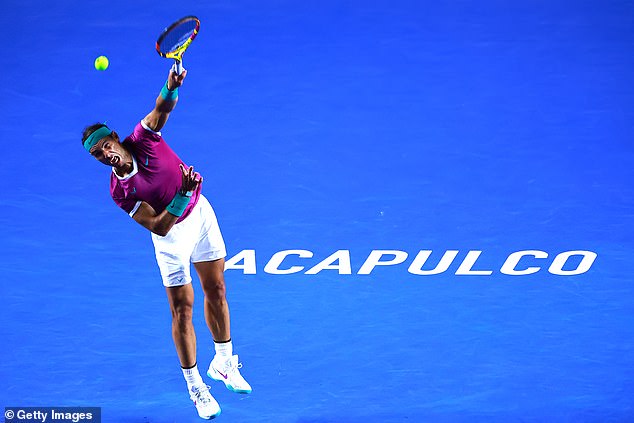 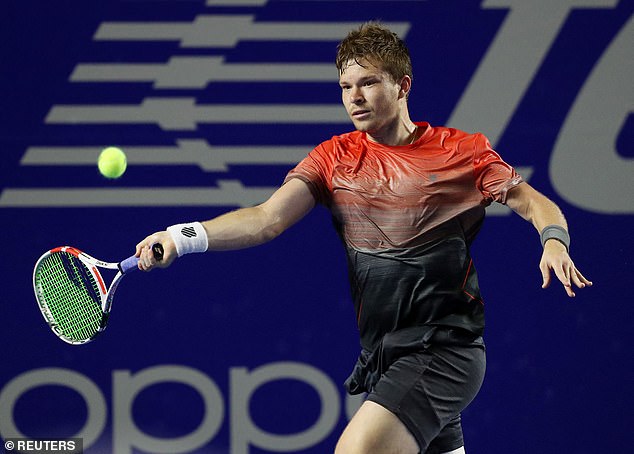 Barring a brief period in the second set when he converted his only break point chance on the night, Kozlov was no match for Nadal whose previous best start of 11-0 in 2014 ended with a defeat to Switzerland’s Stan Wawrinka in the Australian Open final.

Next up for the 35-year-old will be another American in 39th-ranked Tommy Paul with a potential semi-final clash against world No 2 Daniil Medvedev, who he defeated in the Australian Open final last month from two sets down.

‘It’s always important to win as quick as possible but the most important thing is to win,’ Nadal said after his victory in an hour and 16 minutes in hot and humid conditions. 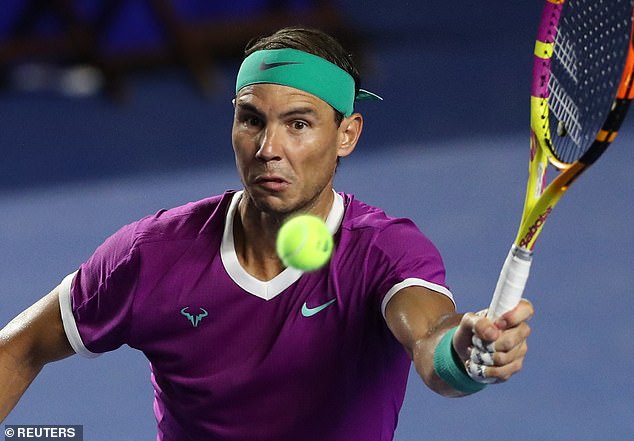 ‘It’s a little bit of a strange match. Kozlov has a different style than most other players, so you need to be very careful.

‘Sometimes you are able to win points in a row, but then if you start to play at his rhythm, it’s very difficult because he has great control from the baseline and he’s very smart.’

‘Tonight has been straight sets, that’s great news, and I’ll try to be ready for tomorrow again against a tough opponent.’

Medvedev earlier crushed Pablo Andujar 6-1, 6-2 and put himself three wins away from victory at the tournament and rising to the world No 1 ranking, leapfrogging Novak Djokovic, for the first time.

Medvedev pretended like he might serve underhand on match point but instead thumped his seventh ace, eliciting a smile from the 68th-ranked Spaniard who played well but who could not break down the Russian’s firm defense.

Medvedev will next face Japanese qualifier Yoshihito Nishioka and a title on Sunday for the Russian will guarantee his ascent to the world No 1 ranking, replacing Djokovic. 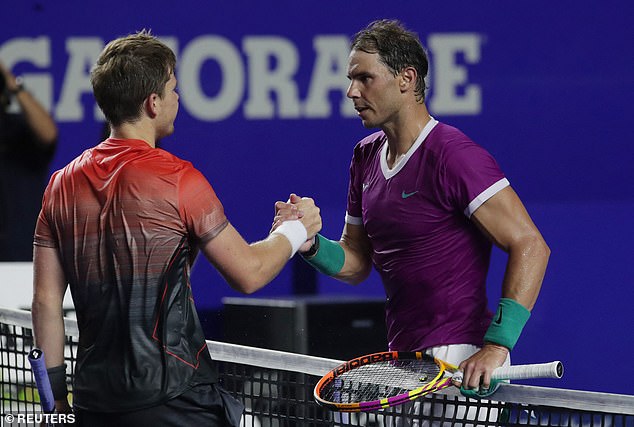 World No 4 Stefanos Tsitsipas also wasted little time in dispatching American qualifier J.J. Wolf, the French Open finalist sprinting to a 6-1, 6-0 win in just 47 minutes in the last match of the evening on the main showcourt.

It was the 23-year-old Greek’s fastest completed win in his career and he will next meet 59th-ranked American Marcos Giron, who earlier defeated Spaniard Pablo Carreno Busta 6-7, 6-4, 7-6, for a place in the semi-finals.

‘It felt great out there. It felt like I could control the points from both sides of the court and I felt very much in control throughout the entire match.

‘I felt like my serve was working when I needed it. I just felt very comfortable with every single stroke and every single decision I had to make.’ 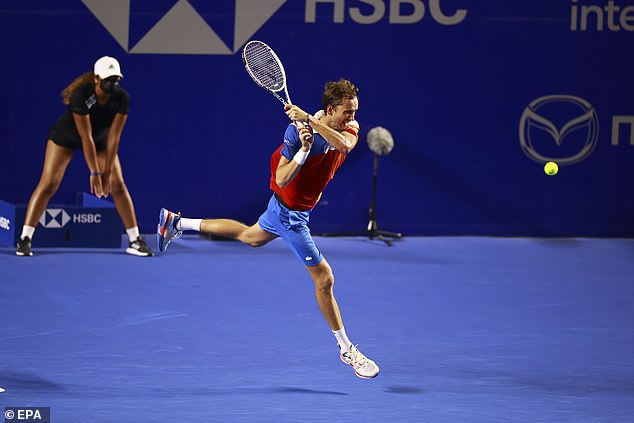 He remains on a collision course with world No 2 Daniil Medvedev, who he beat in Australia