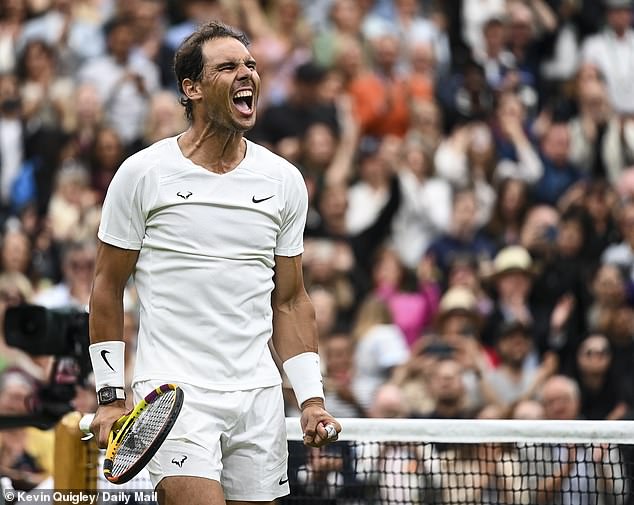 The man of many tics just keeps ticking over. We are yet to see the best of Rafael Nadal at these championships, not even close, but he is fidgeting and twitching his way through the generous half of the draw.

So far that has meant a four-set hobble past a Wimbledon debutant on Monday and another in this moderate slog against the limited weaponry of Ricardas Berankis last night.

On paper, it will resemble decent progress, but on grass everything becomes a little more complicated for Nadal and conceding an aggregate of two sets and six service games to players with a combined ranking of 147 is less than intimidating. Novak Djokovic, at the other extreme of the ladder, won’t be shuddering at this stage. 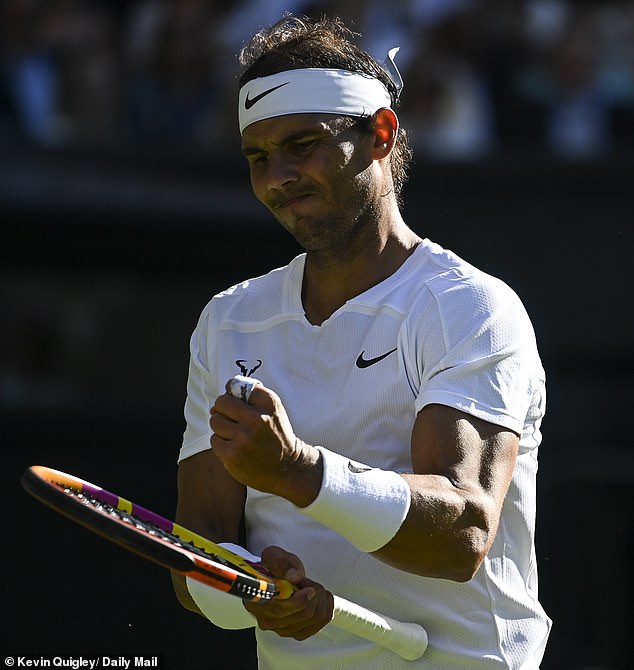 Despite admitting he wasn’t at his best, Nadal was still able to make progress at Wimbledon

The relief for Nadal is he has time to adjust to the green stuff under his chronically painful feet. That is because defeats and covid have stripped a number of the more serious contenders from the 36-year-old’s section, with the upshot being he wouldn’t meet anyone ranked higher than the 11th seed Taylor Fritz before the semi-finals.

While no one would wager against Nadal in a year when he has already won the Australian and French Opens, there were few profound warnings in his handling of Berankis, the world No 106. The match never felt as fraught as it briefly did in his first against Francisco Cerundolo, but the second seed did trail to breaks in both the second and third sets, and was unusually loose on his forehand. It was also jarring to see him beaten in so many of the longer rallies.

But all is well that ends well and Nadal ended the match well – he will always have the gears for a quick getaway.

‘Honestly, it was not the best start and probably the best finish,’ he said. ‘The fourth set has been the level of tennis for me. The rest of the things I have room to improve.’ 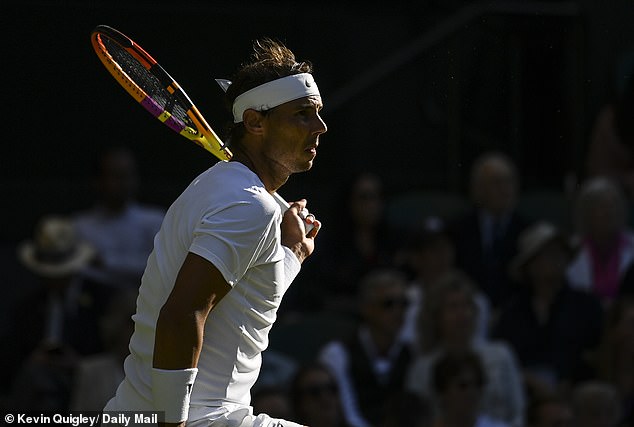 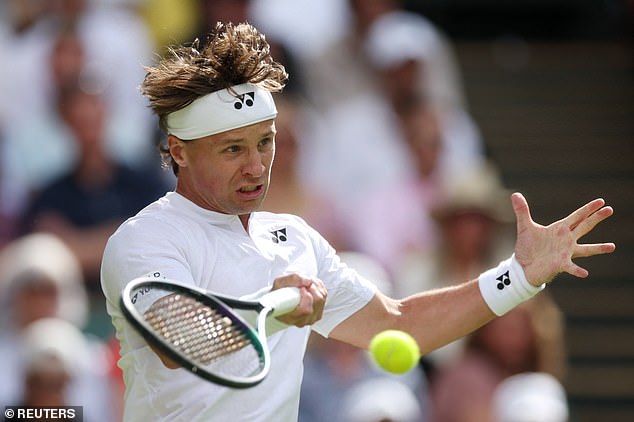 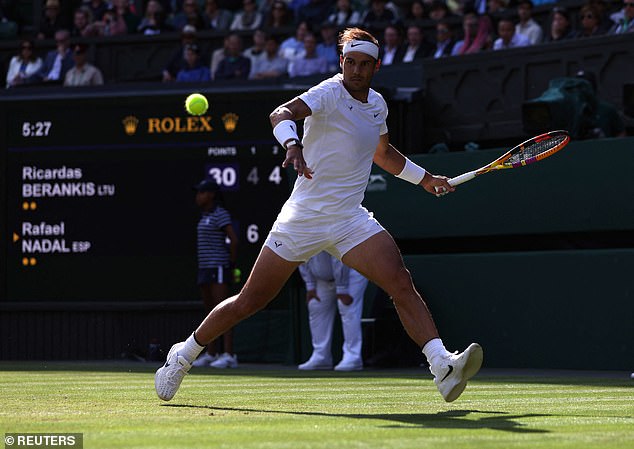 The fear remains that irrespective of how anyone plays at this tournament, a covid positive could render all efforts pointless. It became noticeable yesterday that Nadal’s agent, Carlos Costa, was uncharacteristically walking the grounds in a mask and making a point of bumping elbows rather than shaking hands. With those concerns, Nadal disclosed he has effectively put himself under house arrest.

He said: ‘A good friend of mine today pulled out, Roberto Bautista, with another case. I am not doing many things now – just staying here and in the house.’

His opening set on Centre Court was almost as uneventful, with a break at 5-4 adding some life. The picture in the second was different, as Berankis, 32, broke for 2-1, but Nadal responded with breaks at 3-2 and 5-4.

While that points towards soft control of the match, he had managed only three breaks from 13 points to do so. In the deeper end of the tournament he will need to be far more clinical; back in these early stages, it meant Berankis was never dead and buried.

He showed as much by taking the third following a break at the start of the set, though that fired up Nadal for the fourth. He broke to love in the second game and after a rain delay he finished his opponent under the roof. Next up is Lorenzo Sonego, the 27th seed, and a harsher test. 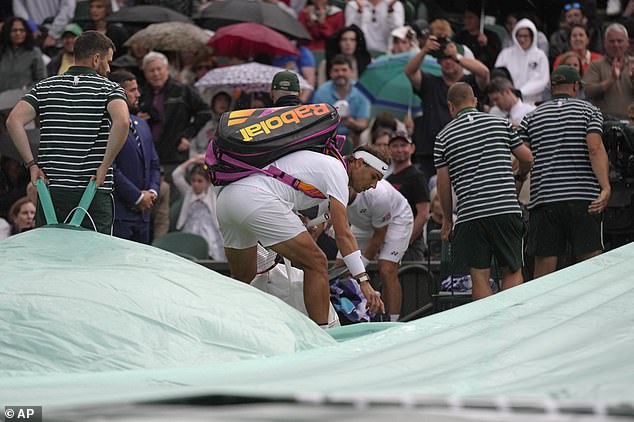