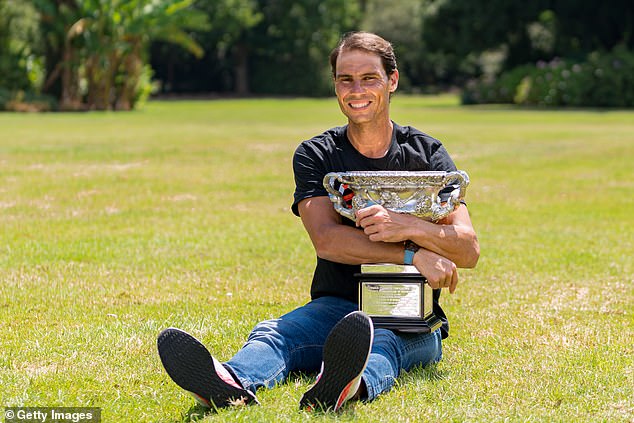 Rafael Nadal will savour his historic and unexpected Australian Open triumph before turning his thoughts to what comes next.

The 35-year-old feared his career might be over as recently as December while a chronic foot problem continued to keep him off court but he dug into his deep well of competitive resolve to fight back from two sets to love down against Daniil Medvedev in Sunday’s epic final.

After the match, which lasted five hours and 24 minutes and finished at 1.11am, Nadal could be seen lying utterly exhausted on a mat in the players’ gym. 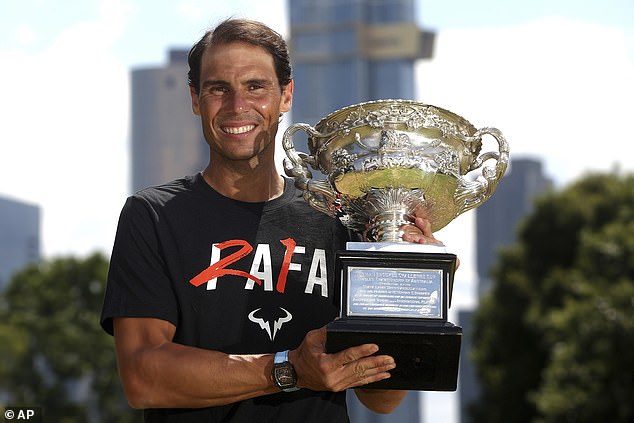 It was perhaps even more extraordinary than Roger Federer’s victory five years ago at the same age following knee problems, when he defeated Nadal in the final and felt the rare joy of exceeding expectations.

‘I think you are able to enjoy more these moments because you know the chances are less,’ said Nadal.

‘When you are 19, when I achieved the first, of course it’s super special, but you know, if you are playing well, you’re going to keep having chances to enjoy moments.

‘Today you never know what can happen. Of course I am proud. The personal satisfaction is higher than years ago. I think I just stay more in the moment without thinking so far in front.’

The triumph brought Nadal a record 21st grand slam title, nudging him ahead of Roger Federer and Novak Djokovic in the race to top men’s tennis, and with the chance for 22 at the French Open in the spring.

His priority for now will be to let his body recover before he returns to tour action. His next event is scheduled to be the ATP tournament in Acapulco at the end of February prior to the big Masters events in Indian Wells and Miami. 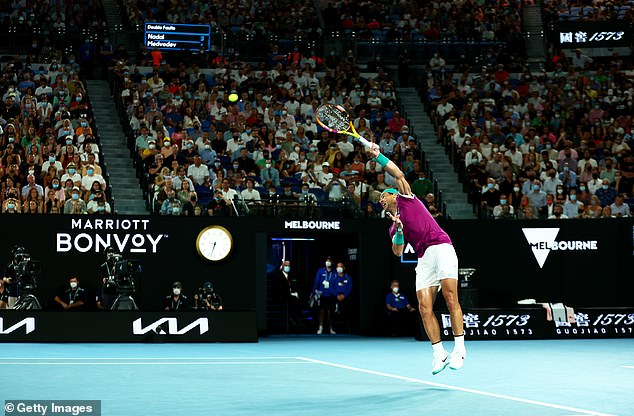 ‘I don’t know what can happen on clay or not,’ said Nadal, who will look to regain the Roland Garros title from Djokovic.

‘I have hopefully some events before clay. Just enjoying these moments, hope to share with the family this unforgettable moment, then I’m going to think what’s next for me.’

The big question over the next few months will be how often Djokovic is able to play if he remains unvaccinated. Having been so close to 21 himself at the US Open last year, the Serbian could find himself two behind Nadal heading into Wimbledon.

‘I think it’s doubtful that Roger’s going to win another one. How much is he going to play? But, then again, we didn’t expect Rafa to do that here. With Novak, everything’s up in the air at the moment, especially if he’s not playing in the French. The next thing you know, Rafa is going to have 22.’ 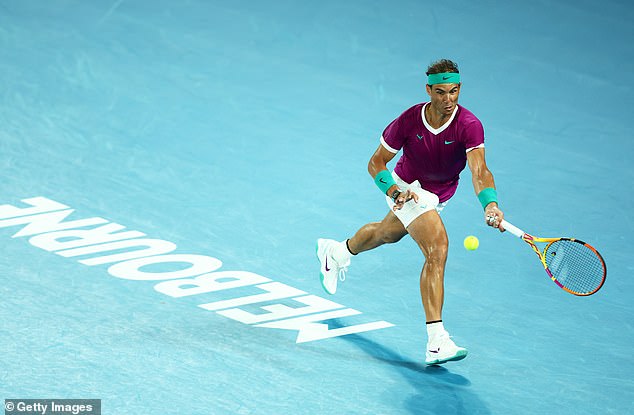 Medvedev was left licking his wounds after failing to take his chances in the third set and seeing Nadal turn the match around.

The Russian was most upset, though, about the behaviour of the crowd towards him and began his press conference afterwards with a monologue saying his childhood dream had died.

It was surely at least partly disappointment talking and, having appeared to delight in playing the role of villain, Medvedev must accept that he has made himself a divisive figure.

What is not in doubt, though, is the talent of the 25-year-old, who played superbly for two-and-a-half sets before his body and mind became fatigued. 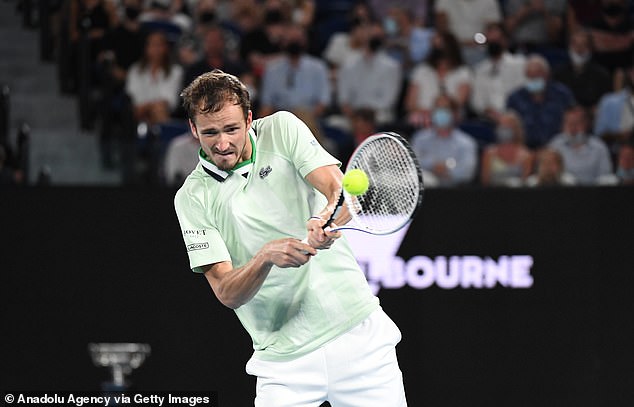 He could soon overtake Djokovic to become world No 1, and he said: ‘Talking about tennis, I have not much regrets. I’m going to try to continue my best. I’m going to work even harder to try to be a champion of some of these great tournaments one day.’

Medvedev even raised the possibility of not playing in grand slams, but Nadal told Channel Nine: ‘I think he will. Of course it’s tough after a match like this. I had huge support of the crowd and it was tough for Daniil, I felt sorry for him. It just takes a little bit of time.