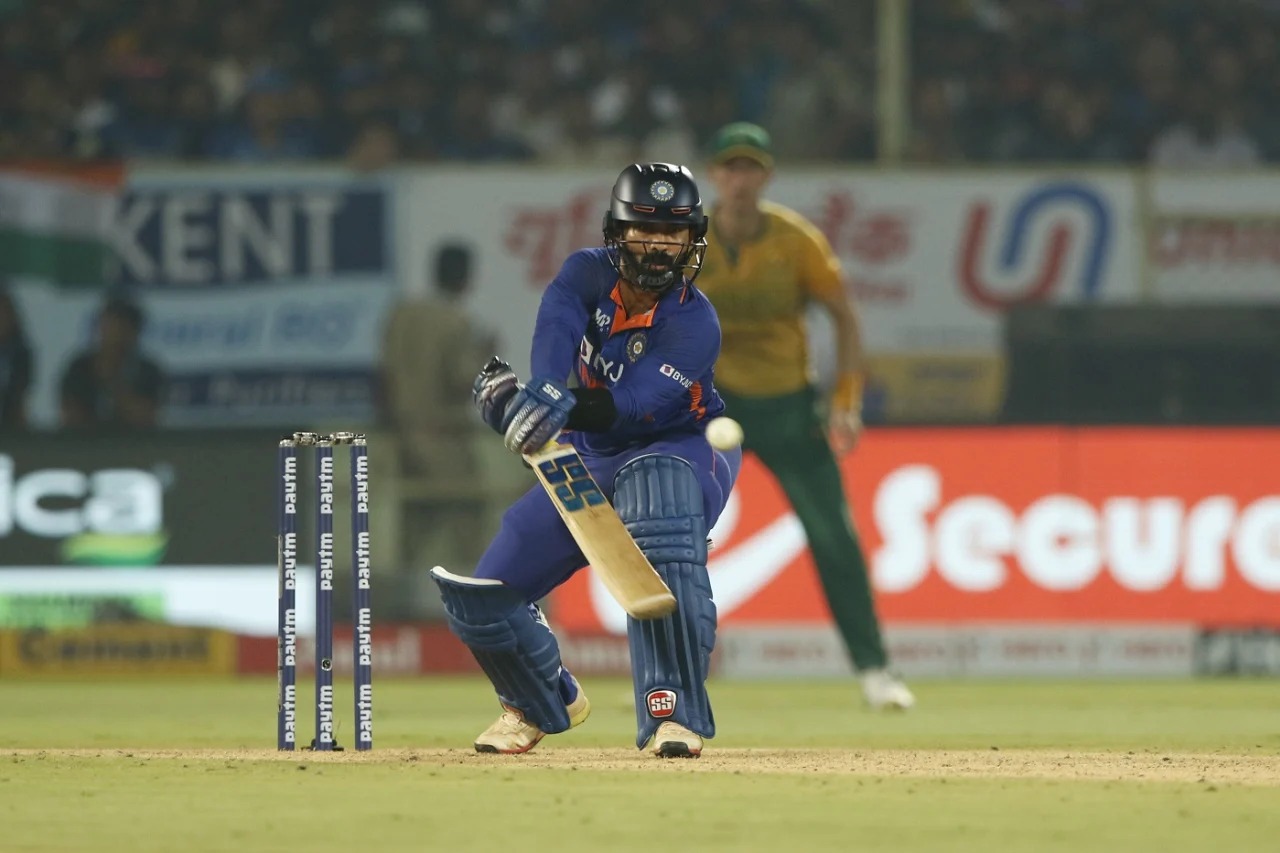 Dravid said, “It is nice to see Karthik do well. It opens options for us going forward. I was telling the guys that they have to bang the doors open, not just knock. An innings like that (at Rajkot) certainly means that Karthik is banging hard.”

The veteran has created a niche for himself with finisher acts for RCB and Team India. He scored a 27-ball 55 in Rajkot to help India to a win, and head coach Dravid was impressed by his death overs exploits.

Dinesh Karthik has been vocal regarding his single-minded aim of playing in the T20 World Cup, and his performances over the last two months have put him in good stead. Having moved to RCB, Karthik scored 330 runs in 16 innings at a strike-rate of 183.33. Before his 50 in Rajkot, DK had chipped in with a fine 31 not out in a losing cause in Cuttack.

India vs South Africa live: Karthik’s comeback has received a great swell of support, with the likes of Sunil Gavaskar, Dale Steyn, Wasim Jaffer and many others believing that the veteran could be one of the first names to make the T20 World Cup squad. Speaking after the 4th T20, Gavaskar said, “Don’t look at his age, look at what he’s doing. If DK is not on that flight to Melbourne, it’ll be a big surprise.”

Despite his heroics, DK faces stiff competition to make the World Cup squad. As India’s top four return, Rahul Dravid will have a huge selection headache as he manages his star-studded squad. The 37-year-old has shown merit for his selection, but with limited seats available on the flight to Australia, Karthik will have to continue plundering opposition attacks in the upcoming tours of Ireland and England.