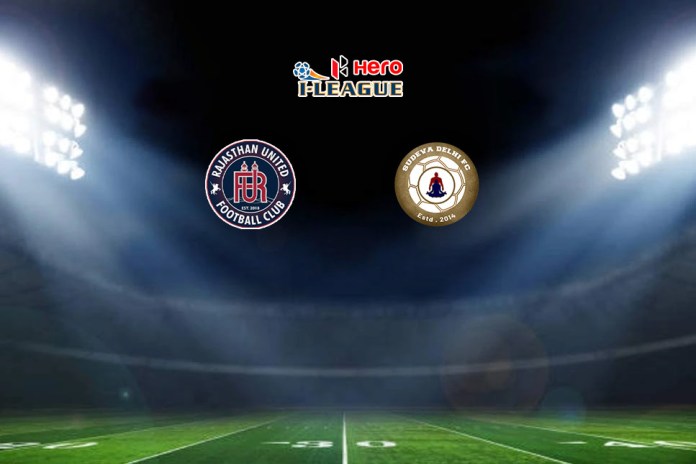 I-League 2022: Rajasthan United FC will face Sudeva Delhi FC in I-League 2021-2022 match here at the Kalyani Municipal Stadium on Friday. Both teams are coming into this match high on confidence, having recorded a victory in their previous match. Follow I-League 2022 updates on Insidesport.IN

Both the teams will be looking to build on that momentum for the upcoming games. Speaking about the match against Sudeva Delhi FC, Rajasthan United head coach Francesc Bonet said that he is aiming for consistency in the upcoming matches. “Every win gives confidence. The boys are working hard every day. It always helps the team to believe what we want to achieve. Like in the last match, we would fight until the end.”

“The boys played very well in the last match. Young players stepped up at the right moment. Our bonding is good on and off the field. We are looking forward to the game and hope that we will get all three points,” Abhishek Ambekar said.

Sharing his opinion on the opponents, coach Francesc Bonet said, “Sudeva Delhi is a tough opponent to play against. They defend very well. We have seen their performances in the last few matches. We have our plans and will be aiming to get the victory.”

On the other hand, Sudeva Delhi FC head coach Mehrajuddin Wadoo wanted to take all the positives and minimize the mistakes from their previous games.

He said, “The last match was good. The players gave their hundred per cent and executed the plans successfully. If we want to be somewhere around the top, we should win matches. As a team, we need to minimize mistakes and go for positive results.”

Meanwhile, Sudeva’s left-back Rakesh Pradhan was confident about the match against Rajasthan United.

“We played with confidence in the last game and got all three points. As a team, we will be looking to execute the plans of the coach to build the momentum going forward,” Rakesh Pradhan said.

“Rajasthan United got a positive result in the last match. They have good foreigners with quality Indian players. They want to play with the ball. However, we want to focus on how we play rather than thinking too much about the opponent. There will be back-to-back matches for all the teams. So, we have to plan accordingly,” Sudeva Delhi FC head coach Mehrajuddin Wadoo said.