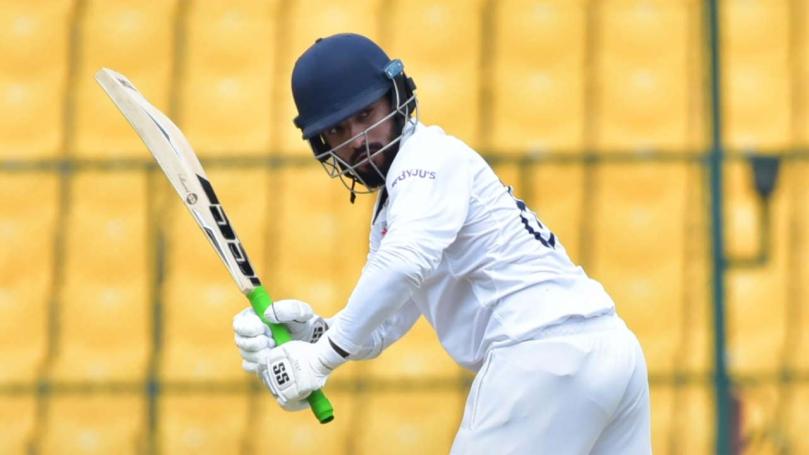 IND-A vs NZ-A Highlights: Rajat Patidar’s dream season just got better with a second hundred of the rubber while teammate Ruturaj Gaikwad missed…

IND-A vs NZ-A Highlights: Rajat Patidar’s dream season just got better with a second hundred of the rubber while teammate Ruturaj Gaikwad missed out on a ton by a whisker as India A closed in on a series win against New Zealand A in the third ‘Test’ here. Follow IND-A vs NZ-A updates on InsideSport.IN

With the previous two unofficial ‘Tests’ of the three-match series ending in tame draws, largely due to inclement weather, Priyank Panchal’s team has opened up an opportunity as New Zealand A ended the third and penultimate day on 20 for one, chasing a mammoth 416.

After left-arm spinner Saurabh Kumar was brought into the attack early, he dismissed Rachin Ravindra to set the ball rolling. This was after an impressive second innings show by the India A batters, with only Abhimanyu Easwaran (8) failing to cross the 50-run mark, as the hosts declared their second innings at 359 for seven.

Patidar continued his love affair with the Chinnaswamy Stadium, smashing 109 off 135 balls, his third first-class hundred at the same venue in three months. Earlier, he had scored a hundred here in the Ranji Trophy final, followed by 176 on his India ‘A’ debut a fortnight ago.

For Gaikwad, it was a match to remember as he topped up his first innings 108 with a delectable 94, which had 11 boundaries in it.

It was off-spinner Joe Walker, who had him caught by Mark Chapman but by then, the CSK batter was involved in two century plus partnerships — 122 with his skipper Priyank Panchal (62) for the second wicket and 102 with Patidar for the third wicket.

Patidar, who hit 13 fours and two sixes, then found an able ally in Sarfaraz Khan (63 off 74 balls) and they added 108 runs in just 20 overs, as India A looked for a 400 plus total before letting New Zealand A bat for the day’s last 90 minutes.

Sarfaraz used his feet to good effect against Ravindra and Walker, hitting seven fours and two sixes in the process.
It was a fine knock, but his failure in the preceding matches could come back to haunt him, as the fifty came when the pressure was literally off.