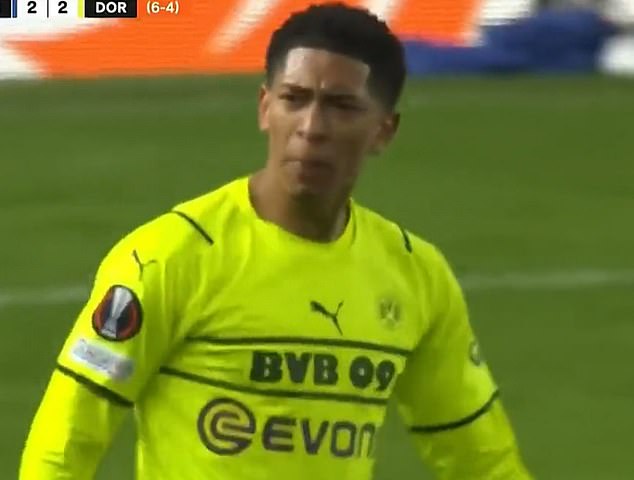 ‘You’re f***ing s***!’: Jude Bellingham RIPS into team-mate Nico Schulz for misplacing a pass during Borussia Dortmund’s shock Europa League exit against Rangers… as he tells the defender ‘you can’t get one f***ing pass off’

Jude Bellingham appeared to rip into Borussia Dortmund team-mate Nico Schulz with a foul-mouthed tirade as they crashed out of the Europa League away at Rangers on Thursday night.

Dortmund failed to overturn the 4-2 deficit they brought into the second leg at Ibrox, having suffered a shock defeat in Germany last week.

James Tavernier fired Gers in front from the penalty spot after 22 minutes of Thursday’s decider, before goals from Bellingham and Donyell Malen left the visitors on the brink of a remarkable comeback.

Bellingham shouting at Schulz during the game: “You can’t get one fucking pass off, you’re fucking shit. Every fucking time.”

Yet after the interval, Tavernier scored again to restore the hosts’ two-goal cushion and all but confirm their place in the last-16.

It was a miserable night for Dortmund, who were heavily expected to brush aside Giovanni van Bronckhorst’s men and reach the next round of the competition.

And to sum up their disappointing evening in Scotland, Bellingham was caught by BT Sport cameras berating team-mate Schulz for misplacing a pass.

With just over 10 minutes of the second leg remaining, the England midfielder embarked on a run forward and Schulz attempted to pick him out. 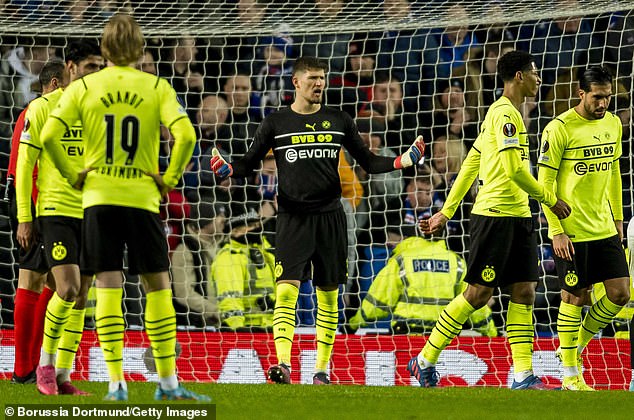 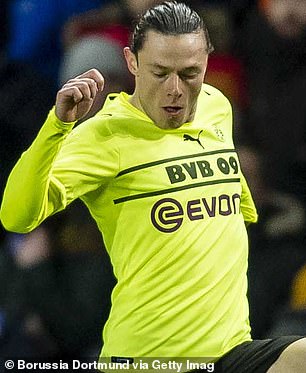 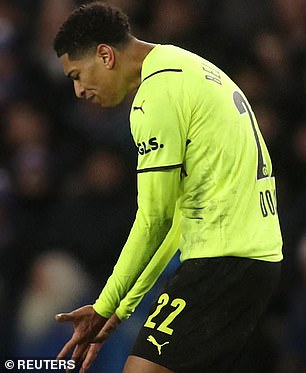 However, the left-back’s pass was slightly behind him and a potential Dortmund attack therefore broke down.

Despite the expletive nature of it, fans were left impressed by Bellingham’s apparent high demands, insisting the 18-year-old is destined for great things.

One wrote on Twitter: ‘He’s going straight to the top, none of this passive s***’.

Another commented: ‘Great stuff from him.. maybe he pushes to move soon’.

While a third put: ‘Winners mentality. Such a shame a lot of people can’t handle this sort of attitude’.