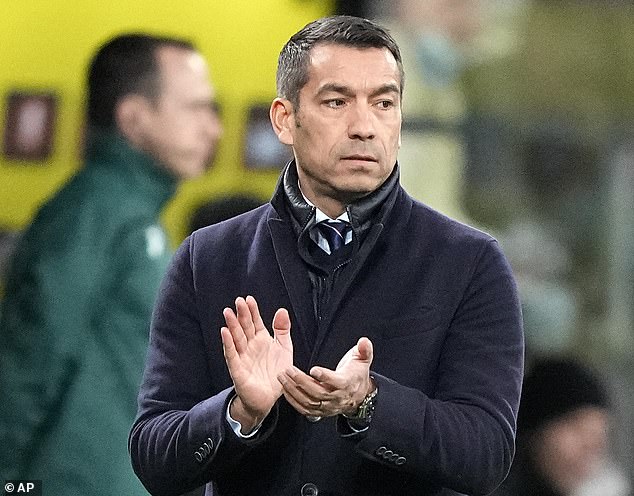 Giovanni van Bronckhorst insists Rangers have nothing to fear from the last 16 of the Europa League after they sent tournament favourites Borussia Dortmund tumbling out.

Leading 4-2 after a stunning first-leg win in Germany, the Scottish champions finished the tie thanks to a double from captain James Tavernier in a pulsating 2-2 draw to progress 6-4 on aggregate.

Victory over the Bundesliga giants means the Ibrox side will now face one of eight Europa League group winners in Friday’s draw.

‘If you can beat Dortmund and get a good result at home then it has to give you confidence,’ said the Rangers boss.

‘We knew it was going to be difficult to overcome this round. I am very happy that we did it and in the last 16 there will be big teams. 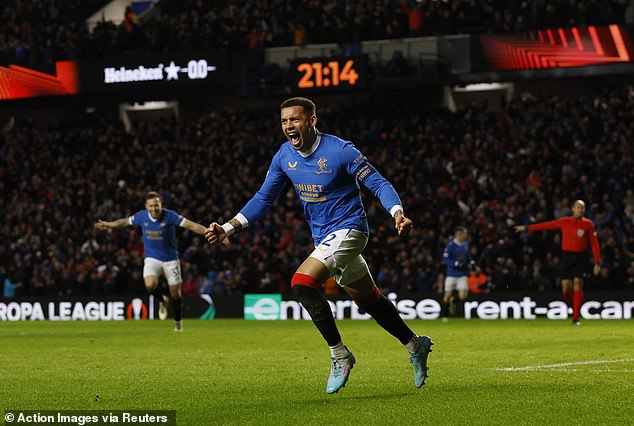 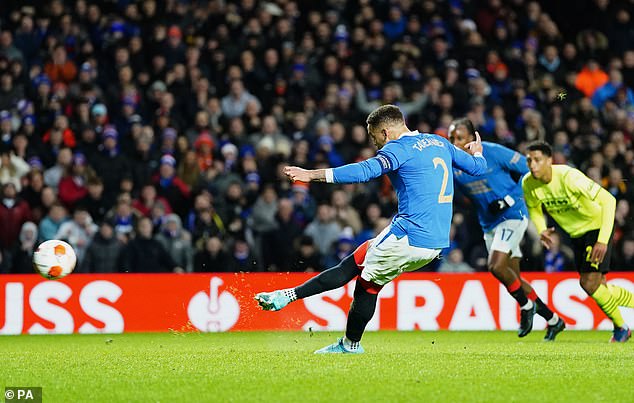 ‘But the most important thing is that we have to have the belief to be able to compete against anyone.

‘And we also need great performances like the the first one away which gave us a two-goal lead.

‘Today we had another massive performance. We are facing tough opposition in the next round so for us it’s a big moment to challenge ourselves against the best and make sure we get some good performances again.’

A penalty from skipper Tavernier after 21 minutes eased the nerves after a strong start from the German giants.

However, goals from Jude Bellingham and Donyell Malen turned the tie on its head before half-time. 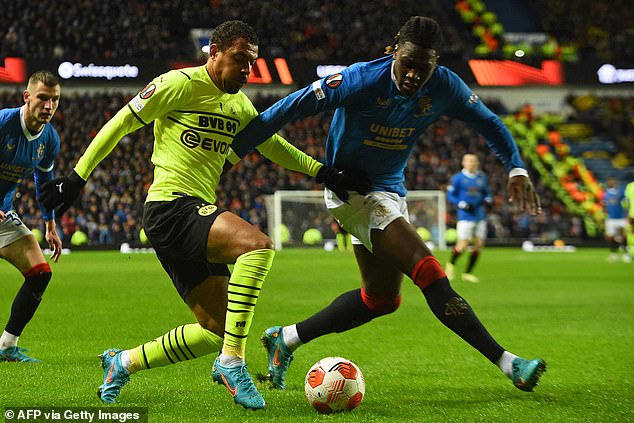 And, with Marco Rose’s side banging on the door for a third goal, Van Bronckhorst pulled a tactical masterstroke at half-time when he went to a 3-5-2, dragging John Lundstram back into the heart of his backline and pressing Ryan Kent and Alfredo Morelos higher up the pitch.

‘We had three scenarios ready to be implemented if needed,’ said the Rangers boss. ‘We didn’t want to start that way as we wanted to start on the front foot.

‘We made the decision to change things at half-time with Leon Balogun going on and I think we became much more solid defensively.

‘In this system you just need to be ready for the moments you get in transition, which we did. 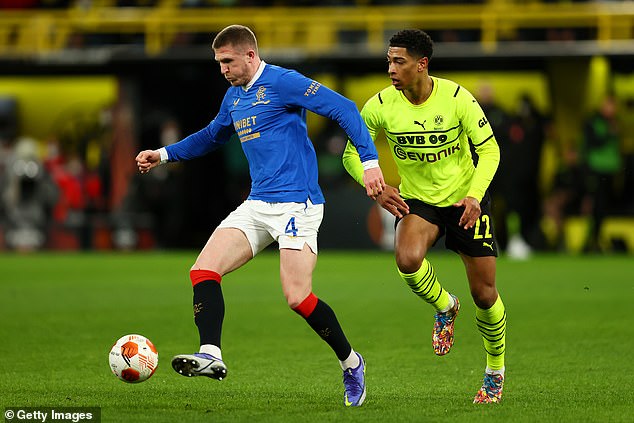 ‘Alfredo Morelos and Ryan Kent were very important for us in those roles as well as our full-backs.’

‘There are always moments in games when you have to dig deep and make sure you overcome those moments,’ said Van Bronckhorst. ‘But we reacted very well, both to the goals and the switch of system.

‘Our mentality was perfect. My message before the game was that this was a night we could make everybody proud within this beautiful club and we did.’

Singling out Morelos for an outstanding display in the second half, the Ibrox boss admitted he would love to tie his Colombian striker down to a new deal.

He said: ‘Of course your best players you want to keep. That’s not a secret. I want him to be involved longer with this club.’ 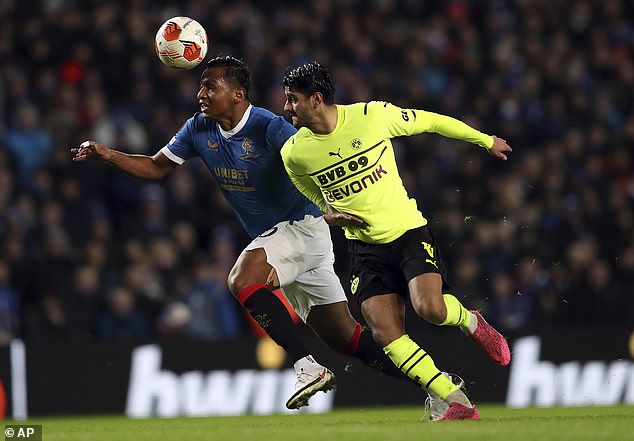 Dortmund coach Marcus Rose admitted Rangers deserved to progress after a change of tactics at half-time took the sting from his side.

‘We started well in the first-half and caused Rangers problems,’ said Rose. ‘Our team tried everything but over the course of two legs if you concede six goals you don’t deserve to go through.’

Meanwhile, UEFA are expected to launch a probe into crowd disturbances witnessed in the Dortmund section last night.

Around half an hour before kick-off, a group of away fans surged out of their seats and onto the track in an attempt to confront Rangers supporters further along the Broomloan Road stand.

They were held back by a line of stewards before police arrived to push them back. Broadcaster BT Sport reported that one steward had been injured.

A number of flares and smoke bombs were also set off by Dortmund fans to add to the likely UEFA charge sheet.