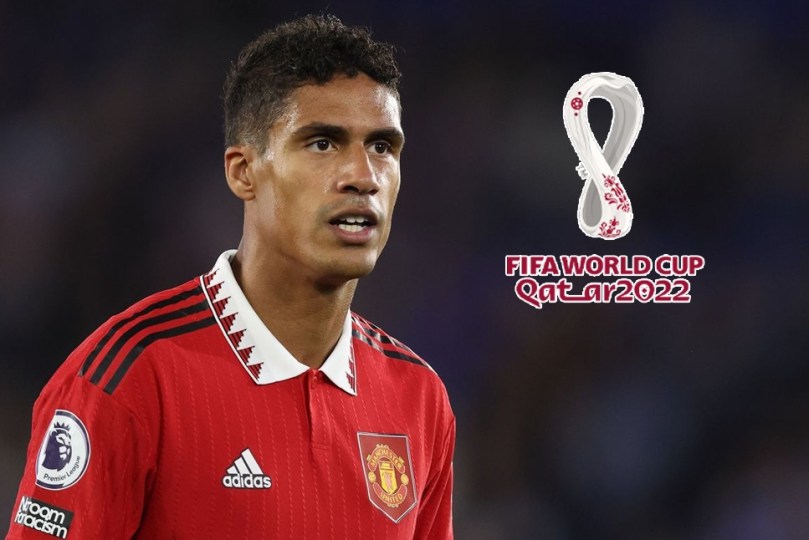 FIFA World Cup: Raphael Varane Injury: Manchester United coach Erik Ten Hag has ruled out Raphael Varane from the squad till the Qatar World Cup break. The France defender has sustained a hamstring injury on his right leg. He had to be taken off during the weekend clash against Chelsea. However, his future for France in the Qatar World Cup will be decided only next month. For more FIFA World Cup-related news, Follow InsideSport.IN

“Raphael Varane will be out, certainly until the World Cup. So, he will not play in this block for Man United,” Erik Ten Hag said when asked about Varane’s injury ahead of the Europa League clash.

The gaffer has declared that the Manchester squad will be traveling without the French man in the last 6 games before the World Cup break. The center-back had overstretched his right foot to stop Pierre Emrik Aubameyang and injured his right leg hamstring in the process against Chelsea last Saturday.

Wishing you a speedy recovery, @RaphaelVarane — you’ve got this! 💪❤️#MUFC || #UEL

Meanwhile French Manager Didier Deschamps finds himself in dicey situation weeks before the World Cup. Lucas Hernandez has already been nursing an adductor injury. Another dependable defender Lucas Digne is also uncertain about the upcoming tournament. The recent addition of Raphael Varane’s injury will certainly be worrisome for France. The reigning champions are also lacking experienced players like Kante and Pogba in the squad due to injury.

Their last Nations League campaign was disappointing too, winning only 1 out of 6 games. The French squad had struggled without Varane against their World Cup group mate Denmark in the Nations League last month. In a recent press conference, Didier Deschamps said the door for the squad list will remain open for Varane. The Center back will be facing a race against time to get back on the pitch before World Cup.

The Frenchman has become a dependable center-back for the Red Devils’ coach. However, his lengthy injury will give the former captain Harry Maguire a chance to re-establish himself in the starting lineup. Maguire has been bench bound since Manchester United’s 4-0 loss against Brentford in August. To make things worse, the defender got injured while serving the national team earlier this month. However, the 29-year-old is back in the squad for United. The remaining 6 matches will be very crucial for Harry Maguire’s future under Erik Ten Hag.