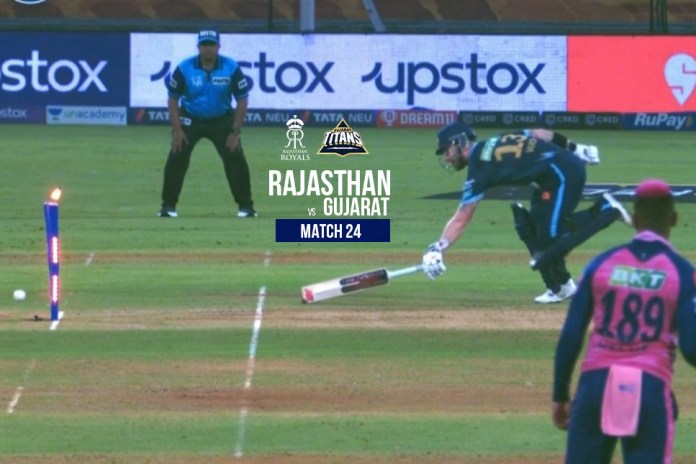 IPL 2022 – Van der Dussen’s brilliance– Gujarat Titans have been dealt an early blow in their Indian Premier League (IPL) encounter against Rajasthan Royals thanks to a magical run-out moment from Rassie van der Dussen as Matthew Wade was sent home packing. The run-out means that Wade’s poor slump of form in the IPL continues as he struggles to replicate in Big Bash (BBL) form. Wade departed for 12 runs of six deliveries. Follow IPL 2022 LIVE Updates with InsideSport.IN

Wade’s poor form continues – Matthew Wade so far has a season to forget in the Indian Premier League (IPL) as he once again disappointed with the bat. So far in the IPL he has amassed 68 runs in five innings with a best score of 30 against Lucknow Super Giants in the opening game for Gujarat Titans (GT). Although he looked in a good nick today by scoring three fours, his innings was cut short by a magical throw from  Rassie van der Dussen.

Wade’s final chance – Despite being in bad patch, the Gujarat Titans (GT) management showed faith in Matthew Wade, but he disappointed yet again after a moment of brilliance from the RR player. It is now more likely that Wade could be dropped from the team as Gujarat look for a better opening pair which could help them long term. If Wade does make the playing XI next time, it will be nothing short of a miracle.