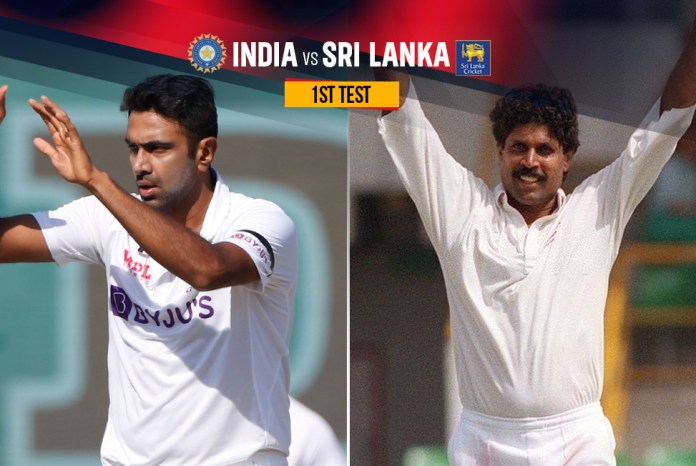 India is currently playing against Sri Lanka in the first of a two-match Test series. On Day 3 of the match, Ashwin scalped his 435th Test wicket in the form of Charith Asalanka, thereby surpassing Dev’s tally.

Earlier on in the Lankans’ first inning, Ashwin picked up two crucial wickets of Lahiru Thirimanne and Dhananjaya de Silva. He then continued his rhythm in the second innings as well, dismissing Thirimanne once again, alongside Nissanka.

Outstanding delivery as he gets Pathum Nissanka caught behind 👌👌

Ashwin draws level with Kapil Dev on 434 Test wickets. He has bowled beautifully all morning. Just too good for Sri Lanka’s batsmen so far.#INDvSL #VK100

The 35-year-old all-rounder is now India’s second-highest wicket-taker for India in Test cricket, behind only the legendary Anil Kumble, who has picked up 619 wickets. While that figure might be out of his grasp, Ashwin could still surpass Dale Steyn’s record, who had scalped 439 Test wickets during his stint with the South African team.

As for the match, on being asked to follow on after scoring just 174 runs in the first innings, Sri Lanka once again got off to bad start. At the time of writing, Sri Lanka are struggling at 138/7, still a mighty 262 runs away from avoiding an innings defeat with only three wickets in hand,