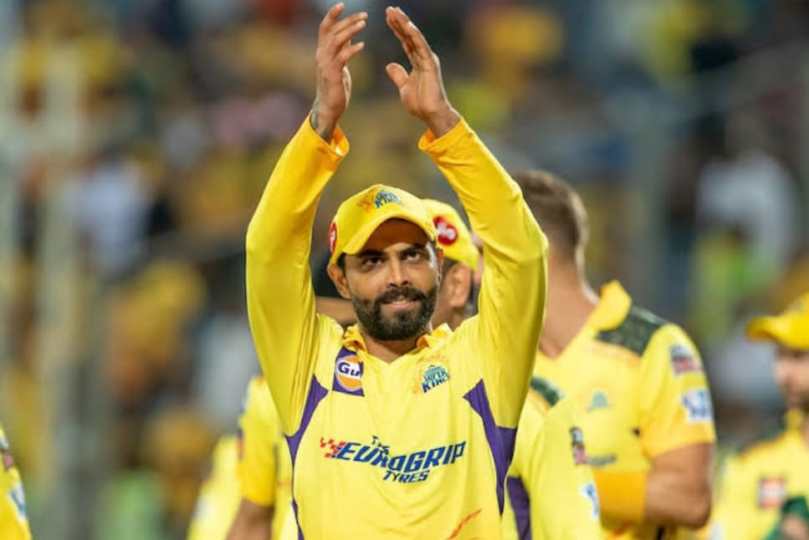 IPL 2023: Ravindra Jadeja Fuel CSK exit – Indian veteran all-rounder Ravindra Jadeja has teased about his upcoming career at IPL franchisee, Chennai Super Kings (CSK). Though off late the relationship between the player and the club has apparently become bittersweet, Jadeja, however, has given a  sneak peek into his future. Jadeja replied ”10 more to go” to a CSK tweet which showcased 10 years of Jadeja for the Men in Yellow. But Jadeja soon deleted the tweet which had his reply of staying 10 more years. Follow IPL 2023 and Cricket Live Updates on InsideSport.IN

CSK had a season to forget in IPL 2022 when they finished 9th or the penultimate spot in the points table. Ahead of the season, CSK announced that Ravindra Jadeja will take over the captaincy from MS Dhoni. Midway through the season, Jadeja handed the captaincy back to Dhoni. The all-rounder also missed a latter couple of games owing to an injury.

Speculations started to rise when Jadeja unfollowed CSK across all social media platforms. however, CSK management repeatedly maintained their stance that the relationship with the player hasn’t turned sour. Last week, Jadeja went on to delete a tweet related to CSK that claimed his stay with the franchisee for 10 more years.

Jadeja has deleted this reply today. Looks like it’s over between him and CSK 💔 pic.twitter.com/t5UXVnKo2w

But Ravindra Jadeja gave a tease to his fans when he went on to delete “10 more to go” in a tweet that stated Jadeja’s 10-year stint with Chennai Super Kings. Jadeja’s last match for the Yellow outfits was back in May. After sustaining an injury Jadeja went on a break to recover.

Jadeja’s return to the Indian squad was delayed. He took part in the fifth and final Test match at Edgbaston. Following his return, he has been a part of the Indian contingent that has played in England and now is touring the West Indies. Up next, he has been rested for the India tour of Zimbabwe