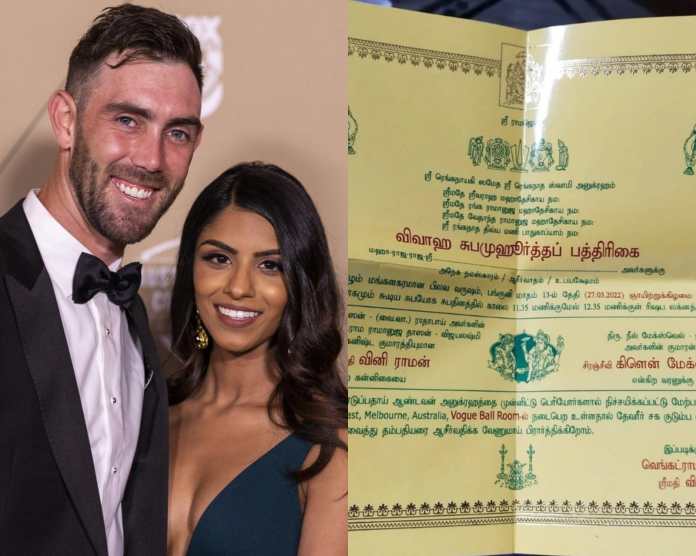 Glenn Maxwell Wedding – IPL 2022: Royal Challengers Bangalore (RCB) allrounder Glenn Maxwell is very upset & worried. Maxwell was informed by one of his IPL teammate that his Wedding Card has been leaked ONLINE. He has revealed to Australian papers that he is now planning for increase security at his wedding after the invitation to the week-long extravaganza was leaked online – Follow IPL 2022 LIVE Updates with InsideSport.IN

Owing to his popularity in India, Maxwell is now worried that with card been LEAKED ONLINE – whole lot of UNINVITED WEDDING GUESTS will land up in Melbourne.

“I had a bit of a worrying day the other day,” Maxwell told Fox Cricket during Australia’s T20 win over Sri Lanka on Tuesday night.

“I got sent a photo from one of my former IPL teammates who I hadn’t seen in a couple of years and he had been sent the Tamil wedding invite by a numerous amount of people.

“So unfortunately that was making the rounds online. I think we’re going to have to increase security at our Hindu wedding”

According to the information printed on CARD & the design of the CARD suggests that it will be a traditional Hindu ceremony involving several events spanning a week in Melbourne.

RCB has retained Maxwell for 11 Crore this year. According to Maxwell he was informed by one of his old RCB teammate about the Wedding CARD’s- Online LEAK.

Maxwell said that his ex-IPL colleague got in touch to say he’d received several copies of the invite printed in the Tamil language.

Maxwell’s wedding has created a huge buzz in India, especially in Tamil community.

The wedding invite was shared on social media by Indian actor Kasturi Shankar and Maxwell admitted their big day would be a little more stressful now the Tamil-speaking world knew times and venue details in Melbourne.

GlennMaxwell marrying Vini Raman. Going by the cute traditional Tamil muhurta patrikai, we’d bet there may likely be a TamBram ceremony… Will there be a white gown wedding too?
Congratulations Glenn and Vini ! @Gmaxi_32 pic.twitter.com/uJeSjHM1we

Meanwhil Australian fast bowler Brett Lee has warned his good-friend that he needs to prepare for a “Test match as Hindu Weddings celebrations goes on for a week”.

Settling on a date for the wedding has been a headache for Maxwell, who thought he had found a gap in his jam-packed cricketing schedule in March.

Who is Glenn Maxwell’s Fiancee Vini Raman? Vini is an Indian origin Australian citizen who is a practising pharmacist in Melbourne.

Vini also accompanied her Victoria-born cricketer boyfriend at the Australian Cricket Awards in 2019 and 2020. Raman belongs to a Tamil family based in Australia and went to Mentone Girls Secondary College in Victoria and completed her studies in medical science and is practising in the field.

It was after her appearance with Maxwell during the Australian Cricket Awards that Raman started garnering attention on social media. 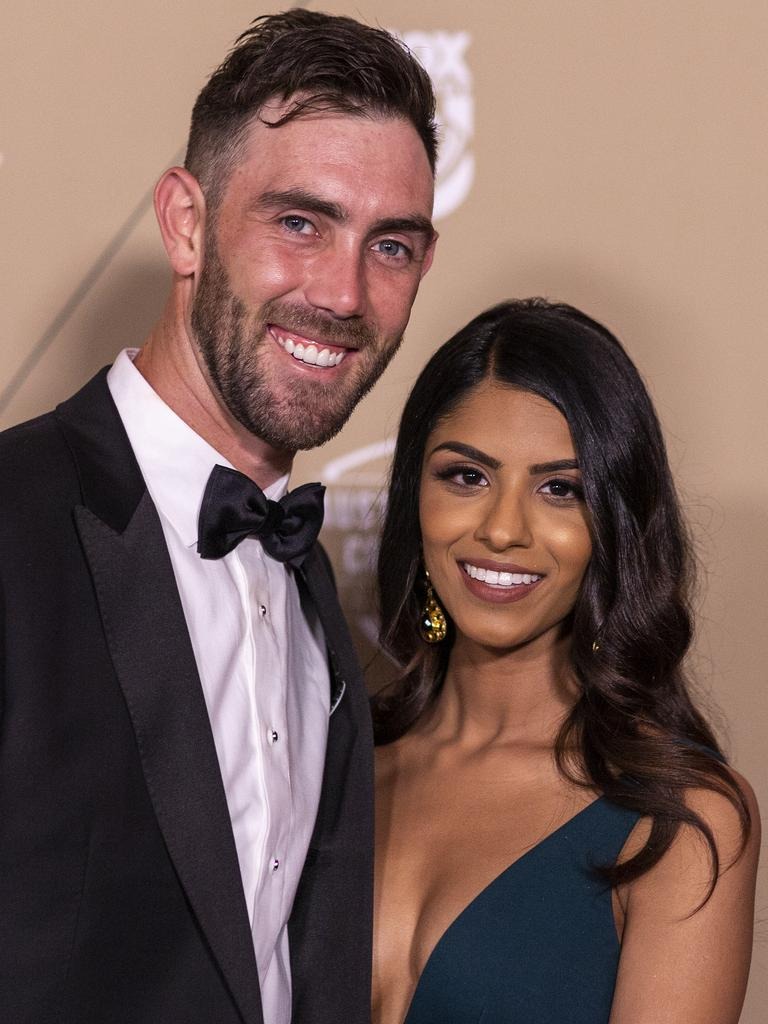 Their relationship reportedly began after they met at a Melbourne Stars, BBCL team, event and have been dating ever since.

Maxwell and Raman got engaged last year on February 21, 2021.

Glenn Maxwell and Vini have been dating for quite some time now and the news of the couple emerged on social media in 2017 after they were photographed together.

In an Instagram post from March 14, 2020, Vini shared a picture from their traditional Indian style engagement. The couple was dressed in emerald green ethnic Indian wear as they posed for the camera.

Captioning the post, Vini wrote that they celebrated their Indian engagement and she gave Glenn a little teaser of what the wedding will be like. Vini also expressed her gratitude to both of their incredible families and all their friends who came to celebrate with them on short notice. She mentioned that the couple is grateful to be surrounded by some pretty amazing people.

Maxwell set to miss Australian Tour of Pakistan & few IPL 2022 matches: Maxwell has decided to keep the date for the wedding and miss the tour of Pakistan so he can tie the knot.

“Originally when I organised the dates with CA there was a two week gap where I could potentially have it, so when I sorted that out I was pretty happy I wasn’t going to be missing any series,” he said.

“Then it came to the contract meeting midway through last year and (CA) said this is the Pakistan series and I said, ‘well that’s obviously changed since the last conversation we had’ … but happy wife, happy life.

“I know I was pretty hopeful to be on one of the Test tours this year and unfortunately with all the scheduling changes it (wedding) happened to fall during this one.”, he told Fox Sports.

Not only the tour of Pakistan, Maxwell will also miss first few games of IPL 2022 for RCB.