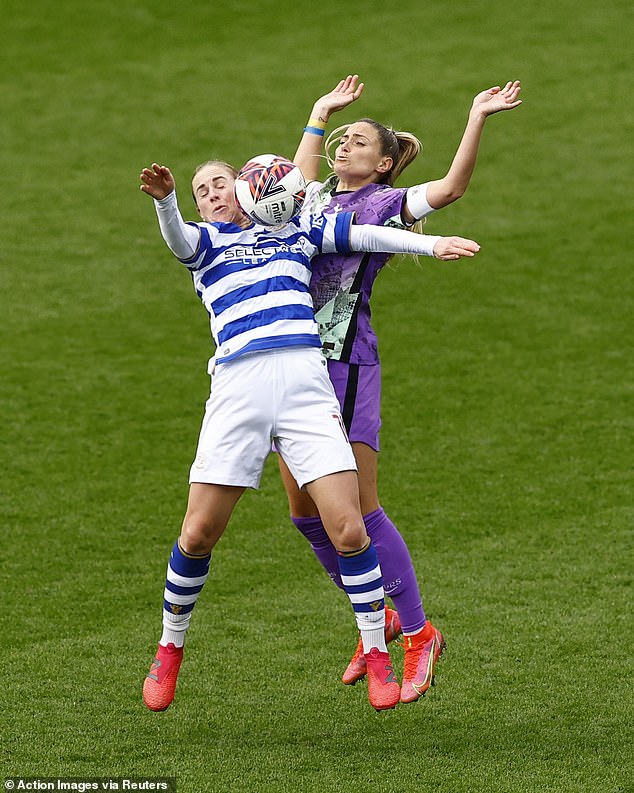 Natasha Dowie is arguably one of the best strikers to have never represented England at a major tournament.

Despite being one of the most consistent and prolific goalscorers of her generation, Dowie has accumulated just 14 caps, with her last international appearance coming back in 2014.

But the 33-year-old, who joined Reading in the summer, has not given up hope of a recall to the Lionesses squad.

‘I’m back in England now and a big reason I came back was to put myself in the face of the England manager because maybe playing abroad they didn’t watch the leagues as much or didn’t view the leagues as being as competitive,’ Dowie tells Sportsmail.

‘Now I am in England, I am playing in the best league in the world and I’m the top English goalscorer at the moment. I hope she’s looking at me. I’m going to keep trying to make her life as hard as possible.’

Dowie is the joint top English goalscorer in the Women’s Super League, alongside Chelsea’s Fran Kirby. Many believed she should have been in Sarina Wiegman’s squad for the Arnold Clark Cup in February but a call-up was not forthcoming.

‘It’s lovely to have had my name thrown into the hat and for people to be suggesting that I should be involved, that’s really great to hear. I also think it’s important to just keep working hard for Reading, keep performing consistently, keep scoring goals to help the team and then who knows?

‘Maybe I will get a look in. I think that I can offer something very different to what England have right now.

‘If you look at Ellen White, brilliant goalscorer, you look at [Alessia] Russo, an up and coming centre forward, very talented, strong. I really like the look of her. But I think my style of play, my hold up play, my strength as a bit more of a target No 9, I don’t think England have that. I think I could definitely bring a different style of play to England. 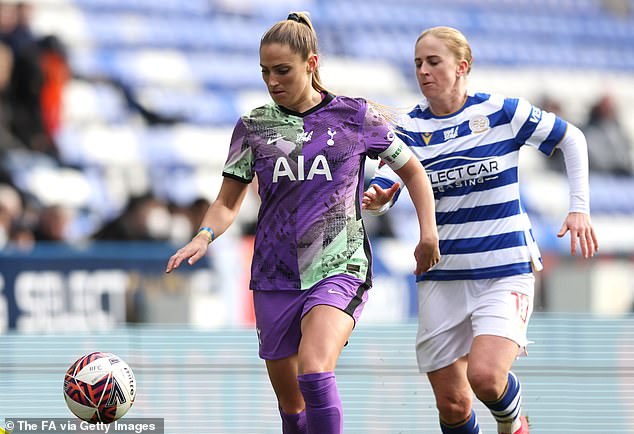 ‘I think it would be exciting to be able to bring that style of play to England with the amount of exciting players they have already.’

Dowie was given her England debut by Hope Powell in 2009 but, despite her consistent goalscoring form at club level, was not selected for the 2011 World Cup, the 2012 Olympic Games or the 2013 European Championship.

Things looked more hopeful when Mark Sampson took over with Dowie a regular in the England squad throughout the rest of 2013 and 2014. But there was no place for the striker in Sampson’s 2015 World Cup squad or his 2017 Euros team. Despite an illustrious and successful club career, Dowie has never made a major tournament.

‘It was pretty much you found out if you got selected or not. It was tough, I’ve been involved with England since I was 18 years old and never made a major championship so that was always hard to take.

‘But I also had the mindset of it’s one person’s opinion and sometimes you can’t change that. I think I can hold my head up high and be proud of what I’ve achieved with my goalscoring record, that’s all I can do.

‘Scoring goals is a tough thing to do in football and I look back at my career and I’ve been able to travel the world and play in six different countries, I wouldn’t change anything.’

After winning the FA Cup with Everton and back-to-back WSL titles with Liverpool, Dowie decided to make the move to America to join Boston Breakers in 2016. Then came spells in Australia, Sweden, Norway and Italy with AC Milan. 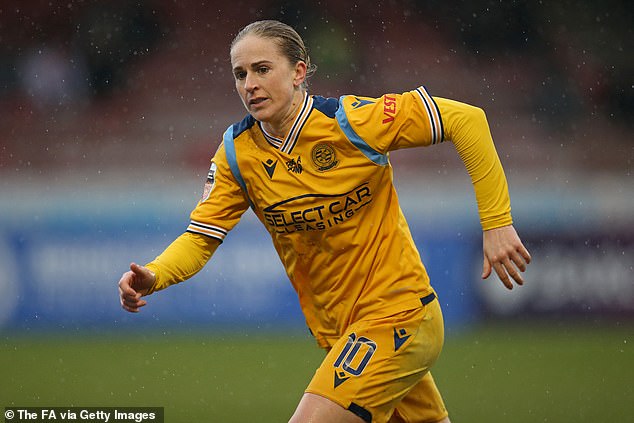 ‘I learned a lot being out in America about what it takes to be a top athlete. In the Scandinavian countries like Norway and Sweden, I learned more about being a person.

‘Australia was something special. The football was still classed as semi-pro, it probably wasn’t the best standard but the lifestyle, the people that I met, they really became family. Italy was more of a rollercoaster experience.

‘To play for AC Milan was probably one of the highs of my career, it’s one of the biggest clubs in the world

‘We used to have Maldini come to our games and our manager Maurizio Ganz used to play for Italy. It was an incredible club to be involved in. It was really competitive. It was a lot more tactical and focused around game management, things like time-wasting, that Italian style that you’re used to seeing on the TV, I loved that.

‘The language barrier and Covid was a huge challenge for me because I’m a big personality, I like to be able to communicate and talk to my team-mates. To not be able to properly speak to them was really tough. That year in Milan was probably one of the toughest in my career. But I also think it was the best learning experience. Playing abroad has been the best thing I’ve done in my career and I’m sure it’s not going to be the last time I play abroad.’

There is no language barrier for Dowie with her current team-mates, who coaxed her into a musical initiation in pre-season – a rendition of ‘Baby Boy’ by Big Brovaz.

‘My partner says I’m a good singer but to be fair she says I’m good at most things, I can definitely hold a tune,’ Dowie laughs.

‘We had an initiation with Reading and normally it’s a bit light-hearted and you just dance and make fun of yourself a bit. But I always get really embarrassed singing in front of people but a couple of the girls were like “Tash you’re so good you should sing in front of people” so I thought I would go out of my comfort zone.

‘I did it with Chloe Peplow and Deanne Rose, they were rapping behind me as I sang. I have learned that I will never be a singer because as soon as I got up in front of everyone my throat was going, I was all nervous. My time to be a professional singer will never happen because stage fright got the better of me so I’ll just be singing in the shower and in the car from now on!’

While Dowie might not be entering Britain’s Got Talent any time soon, she is hungry for success on the pitch with Reading, who currently sit sixth in the WSL table.

After a difficult start to the season, the Royals went on an eight-game unbeaten run which put them within touching distance of the top three.

Back-to-back defeats in the league and a fifth-round exit from the FA Cup may have dented some confidence but Dowie is adamant there is still a lot to play for.

‘I’m a winner, I want to come to a team that’s going to be competing for trophies. Probably a lot of people don’t look at Reading to be one of those teams but for me, I learned while travelling abroad how important happiness is.

‘That’s probably the most important thing, to feel valued and that you’re really wanted but also you need to be happy because then you’re going to perform to your best.

‘People didn’t expect us to be where we are but it’s down to us now to make sure we don’t let what we’ve created over these last couple of months go to waste. It would be a shame to let that fall apart.’