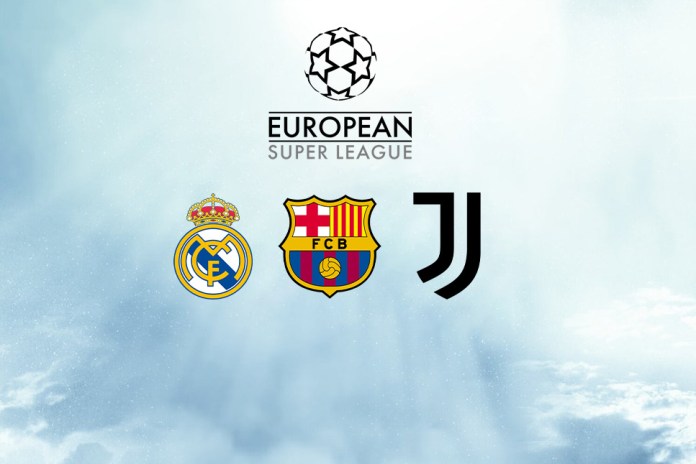 European Super League: Real Madrid, Barcelona and Juventus face the threat of Champions League BAN – Barcelona, Real Madrid and Juventus dealt a blow in a legal battle with UEFA over European Super League as court lifts injunction that had prevented the governing body from taking action against the three rebel clubs. Follow InsideSport.IN for the latest Football news.

Cristiano Ronaldo THANKS Liverpool fans for HEARTFELT tribute says, ‘One world… one sport… one global family… Thanks, Anfield’.

Barcelona, Real Madrid and Juventus could still be punished by UEFA for their involvement in the breakaway European Super League after a new judge in a Madrid court lifted an injunction on the governing body.

A look back on how events unfolded, one year on from the ill-fated plot being announced… pic.twitter.com/qiMlrgcAuA

The decision means UEFA can pursue action against the three rebel clubs – who have remained with the Super League project if it wishes to do so.

But it is thought unlikely at this stage that UEFA will pursue punishment, with the European Court of Justice case yet to be heard. The ECJ will decide whether the Super League is protected by EU law.

‘UEFA has today received the order of the Madrid court, lifting the precautionary measures in their entirety,’ UEFA said in a statement. ‘UEFA welcomes this decision and is considering its implications. UEFA will not be making any further comment for the time being.’

The lifting of the injunction comes more than a year after 12 breakaway teams announced plans to form their own Super League, which were met with widespread condemnation across the game.

Six Premier League teams were among the nine clubs who withdrew from the plans just days after they came to light.

Barcelona president Joan Laporta insisted last month that the Super League was ‘far from being abandoned’, while Real Madrid chief Florentino Perez has also vowed to push on with the project despite the criticism and legal wrangling.

UEFA today declared its backing for a fans’ petition called ‘Win It On The Pitch’, despite continued speculation it plans to award places in the new-look Champions League to teams based on historic performance.

The petition calls on the European Union to protect the principles of sporting merit, promotion and relegation following the Super League outcry.

Competition revenues are projected to increase by almost 40 per cent in the next cycle between 2024 and 2027, to £3.8billion a season.

UEFA and the European Club Association have signed a joint venture which aims to identify marketing partners to sell commercial rights for European club competitions in the 2024-27 cycle.