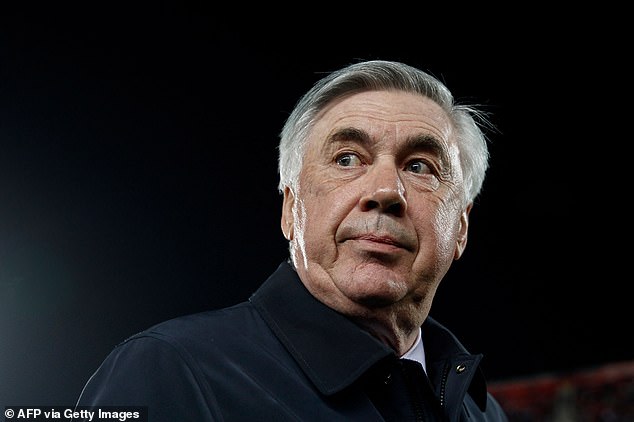 ‘I did once lose a Champions League final from 3-0 up!’ Carlo Ancelotti insists the LaLiga title race isn’t over despite Real Madrid opening up a 10-POINT lead at the top with win over Mallorca with Italian still scarred by Milan’s 2005 loss to Liverpool

Carlo Ancelotti is refusing to accept the LaLiga title race is done and dusted despite his Real Madrid side opening up a 10-point advantage at the summit.

Karim Benzema scored twice after Vinicius Jr had opened the scoring as the leaders won 3-0 at Real Mallorca on Monday night to pull further clear of Sevilla.

But Ancelotti is too experienced to rest on his laurels and cited a painful episode from his own career in explaining why. 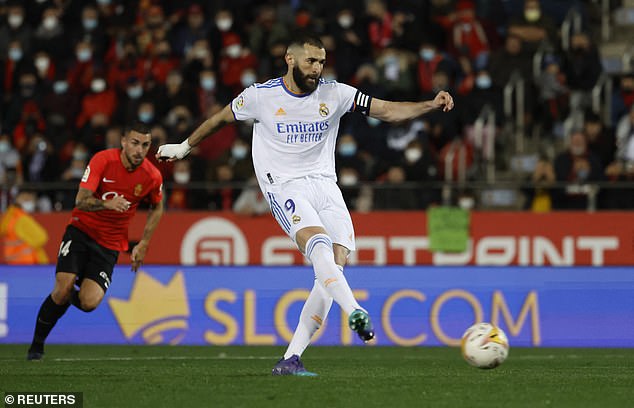 The Italian was manager of AC Milan when they surrendered a 3-0 half-time lead to lose on penalties to Liverpool in the 2005 Champions League final.

‘Nothing changes. On Sunday [when they play Barcelona], we have to win and take advantage of the fact that the team is very well physically,’ Ancelotti said. 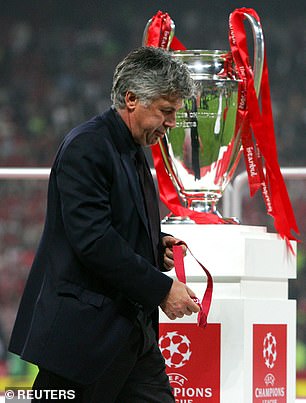 ‘I know how you lose a Champions League final when winning 3-0, it happened!’

Nonetheless, with only 10 rounds of the Spanish season remaining, it would take a dramatic collapse from here for Real Madrid not to win a 35th championship.

Victory over their Clasico rivals Barcelona on Sunday night will further boost their chances of regaining the title from Atletico Madrid.

Ancelotti didn’t win the title during his first spell at Real Madrid and so can make history by getting over the line this season.

The 62-year-old will have won the title in each of Europe’s top five leagues, having won the Premier League with Chelsea, Serie A with Milan, the Bundesliga with Bayern Munich and Ligue 1 with Paris Saint-Germain.

The night wasn’t entirely smooth for Real, however, with Benzema, Rodrygo Goes and Ferland Mendy all picking up knocks ahead of the Clasico.

Benzema teed-up the first for Vinicius after good work from Fede Valverde on 55 minutes. And it was Vinicius who then helped his strike partner on to the scoresheet with the second. He was pushed in the back by Brian Olivan and Benzema scored from the penalty spot.

Benzema got the third goal eight minutes from time when Marcelo, on as a substitute, floated in a cross and he headed home to make it 3-0.

They were goals number 31 and 32 for the season in all competitions for Benzema and he has now matched his best ever haul for a season from the 2011-12 campaign. 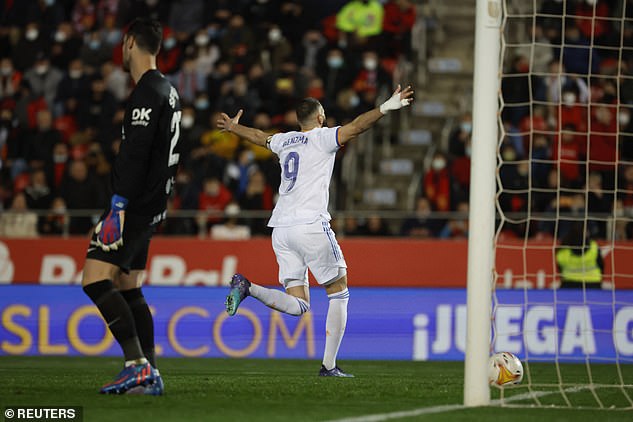 Benzema, fresh from his Champions League heroics, found the target twice in the second half

It also took his overall tally to 311 meaning he closes in on Raul as Real Madrid’s all-time second top scorer with 323 goals.