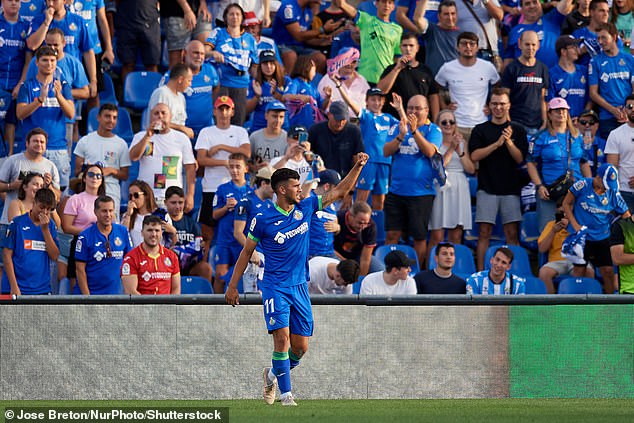 Getafe 2-1 Real Sociedad: Real Sociedad back to LaLiga action with a bump as they suffer defeat at Getafe just days after Europa League victory over Manchester Untied

Manchester United’s mid-week conquerers Real Sociedad couldn’t produce the same kind of performance that saw them win at Old Trafford in midweek, as they went down 2-1 to Getafe on Sunday.

Goals either side of half time from Enes Unal and Carles Alena were enough to see Getafe take all three points.

Brais Mendez, who scored Real’s Europa League winner against United, did get Sociedad back into the game but they were unable to find an equaliser and Getafe held on for their first win of the season.