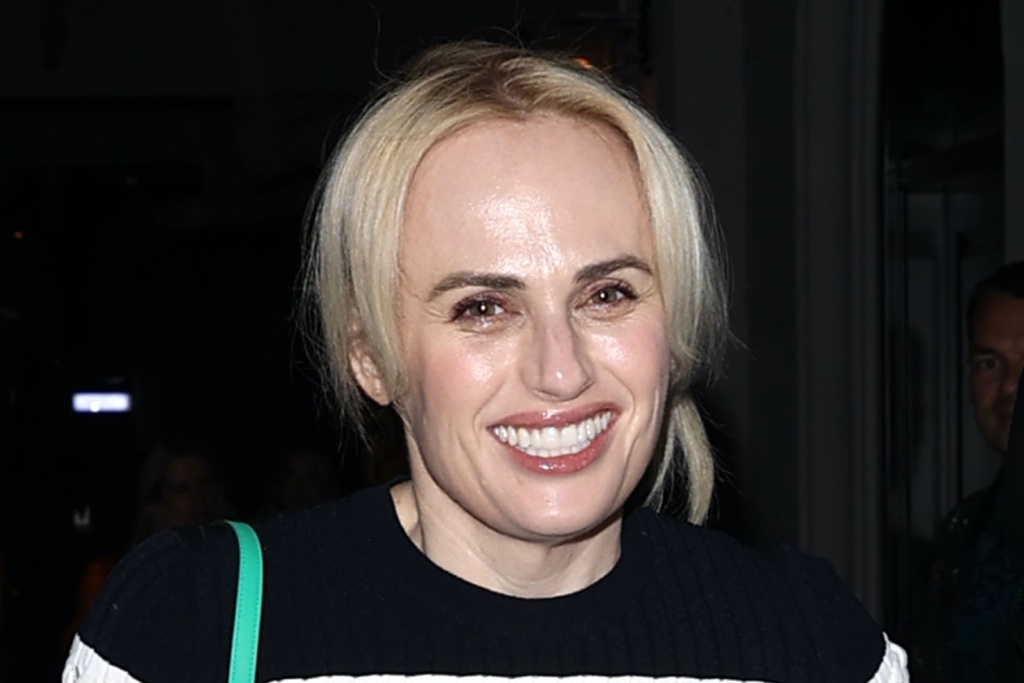 Love is in the air — certainly for Rebel Wilson, who brought romance to Italy with girlfriend Ramona Agruma this weekend.

While walking hand-in-hand in Italy with Agruma on Saturday, the “Senior Year” star wore a midi dress with ballooned short sleeves and a deep neckline. Giving the white piece added elegance was an allover print of golden yellow flowers. Wilson appeared to keep her ensemble minimal, with no jewelry in sight. Agruma was sharply dressed as well, wearing black trousers and a white crop top beneath a complementary Prada kimono; the Lemon Ve Limon founder’s look was complete with metallic gold sandals and a gray canvas Dior Book tote.

For footwear, Wilson went neutral in a set of nude heels. The “Pitch Perfect” star’s shoes featured pointed toes with glossy uppers that smoothly caught the light, as well as walkable short block heels — as seen in Agruma’s own post from the occasion. Following their evening in Italy, Wilson swapped her dress and heels for a comfortable set of white slippers — plus a tonal pink T-shirt, green sweatshirt and shorts from Lemon Ve Limon — as seen on her girlfriend’s Instagram.

Wilson’s post arrives after she came out on June 9 on Instagram, revealing her relationship with Agruma — nicknamed her “Disney Princess” — after the Sydney Morning Herald attempted to “out” her by giving her two days to comment on her sexuality, according to the Mirror.

The actress has since received an outpouring of support on social media during LGBTQIA+ Pride month, both from fans and celebrity allies including Anna Kendrick, Brittany Snow, Elizabeth Banks, Melanie Griffith and Paris Hilton.

When it comes to shoes, Wilson favors sharp styles in neutral tones. The “Isn’t It Romantic” star can be spotted on the red carpet in pointed-toe pumps by Casadei, Givenchy and Rupert Sanderson. However, she also favors affordable heels from labels like Aldo. Wilson is also a fan of pointed-toe flats and loafers when off-duty. For workouts, she often wears colorful or neutral sneakers by Nike and Adidas. Aside from wearing sharp shoes, Wilson launched a collaboration with plus-size brand Angels in 2017 and previously released her own budget-friendly shoe line.

Click through the gallery to see Wilson’s street style evolution over the years.