New York Red Bulls midfielder Dru Yearwood was suspended for an additional three games on Friday for his actions during the game against the Philadelphia Union on September 3rd.

As the final minutes of stoppage time wound down, Yearwood was sent off after violently kicking a ball into a girl’s face. The incident left another child, who was possibly also struck, in the row in front in tears.

The Red Bulls have now released a new statement announcing that Yearwood was fined an undisclosed amount, and suspended an additional three games. 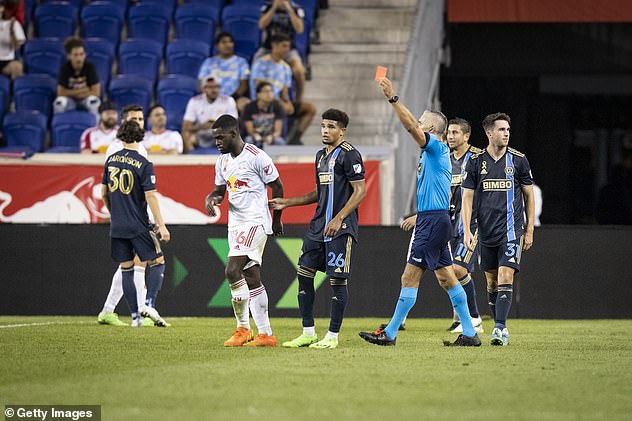 The suspension will rule Yearwood out for the remainder of the regular season, missing games against the New England Revolution, at New York City FC, at Columbus Crew, and vs Charlotte FC.

Yearwood immediately realized his mistake and rushed into the crowd in an attempt to apologize, only to be shunned away by a fan close to the girl who was hit, with distraught Red Bulls fans showing their disgust at the player.

Chants of ‘a**hole’ were belted out inside the stadium.

The Red Bulls and Yearwood both released statements apologizing to the fan and sending them well wishes, following the incident. 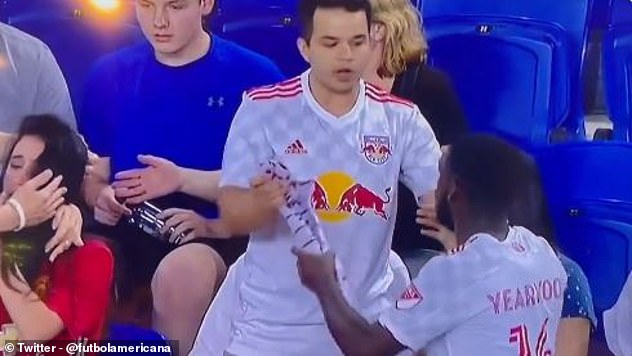 The statement from the Red Bulls read: ‘The safety of everyone that attends our events at Red Bull Arena is of the utmost importance to our organization.

‘Dru is incredibly remorseful and knows his actions were inexcusable, We will take measures to discourage this from occurring again.

‘We along with Dru will continue to stay in contact with families to check on their well-being.’ 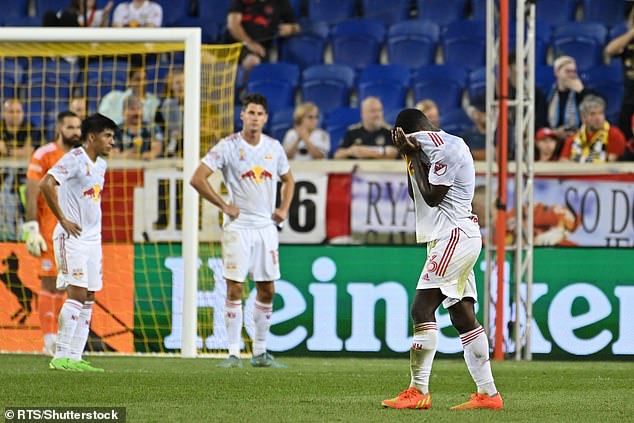 Yearwood’s initial statement read: ‘I want to apologize from the bottom of my heart to the fans who were hit by the ball I kicked at Saturday’s match.

‘My emotions got the best of me on this day, and I’ve let down the entire organization and every single New York Red Bulls fan.

‘I hope the fans are OK and that they can forgive me.’

Following the announcement of the additional games Yearwood took Twitter to not only say he accepts, the suspension but also to ensure another such incident would not happen again.

I fully accept the suspension from MLS and I can ensure it won’t happen again.

I want to sincerely apologize again. Please know that I will continue to work hard to be ready to give my all for this football club when I am again able to contribute on the field. 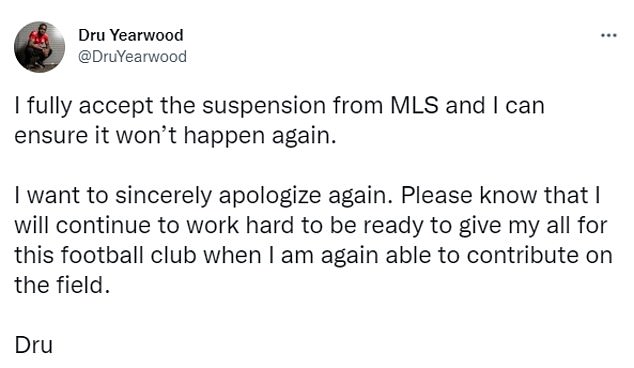