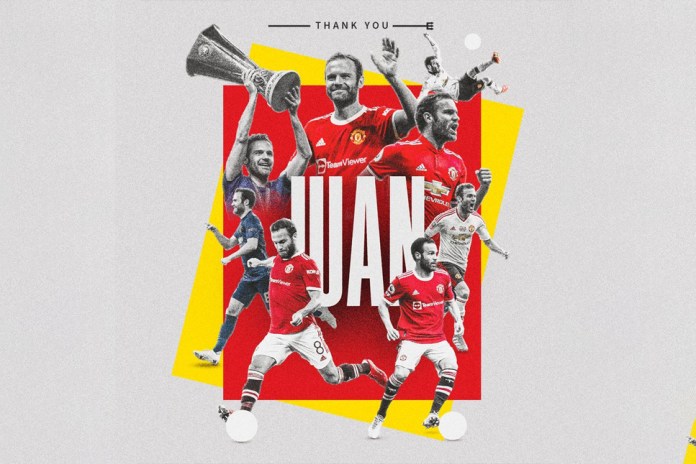 Premier League: Red Devils announce departure of Juan Mata- Manchester United can confirm that Juan Mata will depart the club when his contract expires this summer. The 34-year-old midfielder joined the Reds in January 2014 and went on to play 285 games, scoring 51 goals and winning four trophies. Follow Premier League updates on InsideSport.IN

He made his final appearance in our last fixture of the 2021/22 season, away to Crystal Palace on 22 May.

Thank you for everything, @JuanMata8 — you’ll be missed 🔴#MUFC

Mata had already won the Champions League, FA Cup and Europa League – all with Chelsea – when the Reds signed him on 26 January 2014.

In addition, the midfielder was a part of the Spain national side who won the World Cup in 2010 before triumphing in the European Championship in 2012.

These achievements made United supporters all the more excited for his arrival.

The popular Spaniard made his first appearance for the Reds in a 2-0 home win over Cardiff City on 28 January. It was an impressive debut for the midfield maestro, pulling the creative strings and playing a key role in creating Robin van Persie’s opener.

In his first full season at the club, 2014/15, Mata produced some scintillating performances under new manager Louis van Gaal. The most memorable one came on 22 March 2015 at Anfield – or ‘Juanfield’ as it was later dubbed in his honour – as he scored a marvellous match-winning brace against arch rivals Liverpool.

The midfielder’s second strike in that 2-1 win was an audacious bicycle kick, which landed him the club’s Goal of the Season award.

Mata’s first trophy with United came at the end of the 2015/16 season, in the form of the FA Cup, and he had a vital role to play in the success.

The Spaniard scored our 81st-minute equaliser in the final against Crystal Palace, cancelling out Jason Puncheon’s opener that had been netted just three minutes earlier.

The Reds won the final in extra time, thanks to a sublime goal from Jesse Lingard.

Mata quadrupled his trophy haul with United when he added the Community Shield, League Cup and Europa League in 2016/17, all under the management of Jose Mourinho – one of his former bosses at Chelsea.

The midfielder played the first half of the League Cup final against Southampton and helped the Reds to go 2-1 up; Mourinho’s men ultimately won 3-2 with Zlatan Ibrahimovic’s header sealing the victory in the 87th minute.

Later that season, the Reds faced Dutch giants Ajax in the Europa League final, defeating them 2-0 thanks to goals from Henrikh Mkhitaryan and Paul Pogba.

Mata also started that showpiece match and on this occasion, he played until the 90th minute, when he was replaced by Wayne Rooney for injury time.

Although further silverware eluded United in the subsequent five campaigns, Mata continued to enjoy his football when called upon.

Juan made more than 30 appearances in each of the 2017/18, 2018/19 and 2019/20 seasons and although his tallies dropped below 20 in the last two terms, he remained a highly regarded member of the squad. His team-mates and members of staff never tired of praising his professional attitude and positivity.

Victor Lindelof enthused earlier this year: “As a player, the quality Juan has is amazing. His vision, his touch and his ability to see everything on the pitch are fantastic. As a person, he’s always happy and always positive. He’s just a great guy.”

During an interview in April 2022, Mata himself said: “I still have a lot of passion and a lot of will to keep enjoying football. This is a dream come true to be a professional football player so I want to play as much as I can.”

Thank you for dedicating eight years of your career to United, Juan. Everyone at the club wishes you all the best for the future.