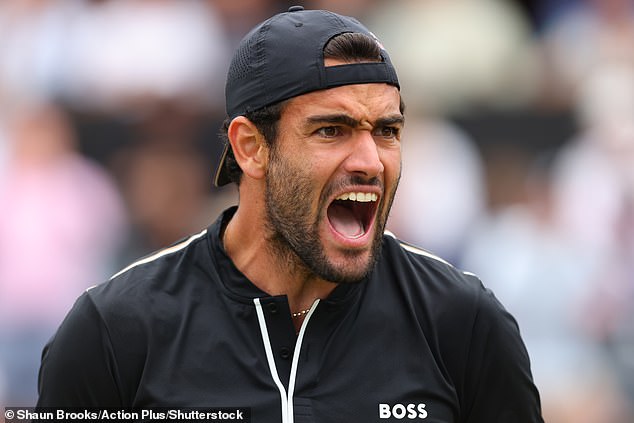 By Pa and Ben Willcocks For Mailonline

Defending champion Matteo Berrettini roared into the final of the cinch Championships at Queen’s Club. 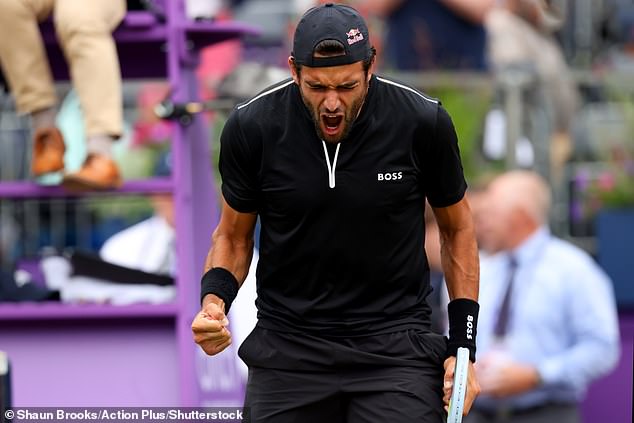 Berrettini, who knocked out Dan Evans in the round of 32, was also bullish with his service game, producing eight aces and holding a first serve win percentage of 88 per cent overall.

The 26-year-old struggled somewhat to convert his break points into games however, only managing to capitalise on three out of 15 throughout the match.

‘It was a really tough match, we stopped for the rain. I had a lot of chances,’ Berrettini said in an on-court interview after the match. 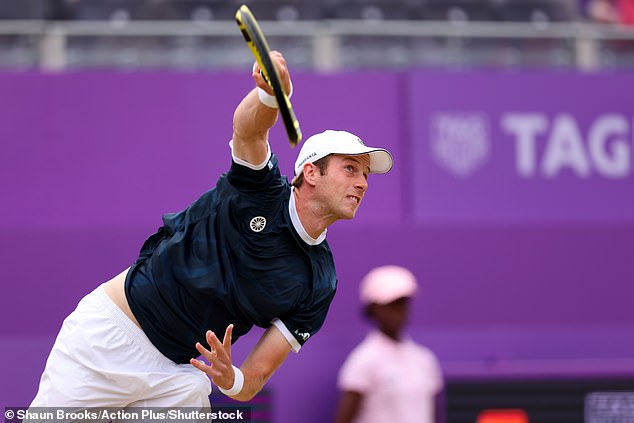 ‘It was windy again and really tough to play but I definitely think it was the best match of the week, so I am really happy and looking forward to the final.’

The comprehensive straight-set victory booked Berrettini a spot in the final against either Serbian Filip Krajinovic or Croatian Marin Cilic, who also faced off on Kensington’s centre court on Saturday.

Berrettini will bid for his fourth grass-court title on June 19.