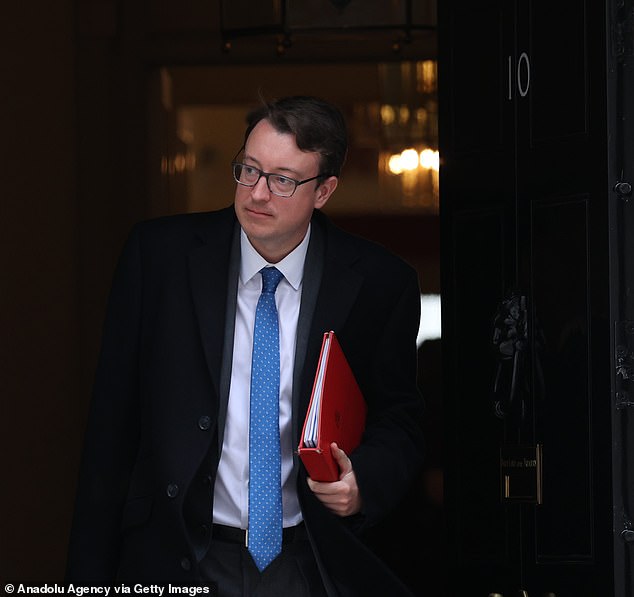 By Deputy Political Editor For The Daily Mail

The richest households could be stripped of a £400 discount off their energy bills if Liz Truss becomes prime minister.

Simon Clarke, the Chief Secretary to the Treasury, who is one of the Foreign Secretary’s key backers, said it was ‘odd’ that high earners will qualify for the support.

Every household is due to have £400 taken off their bills in October as part of a package which was unveiled by Rishi Sunak in May when he was still chancellor.

But a Truss campaign source last night raised concerns, saying: ‘Under Rishi’s plans, Premier League footballers would receive a handout. How is that right?’

Mr Clarke, who is tipped as a possible chancellor if she gets into No 10, also questioned the policy.

‘I do find it to be pretty odd that high earners will also be receiving £400 off their bills,’ he told the Sunday Telegraph.

Simon Clarke, tipped to be walking into No 10 as chancellor under Liz Truss, thinks it is ‘odd’ that the highest earners would receive the £400 energy bills discount 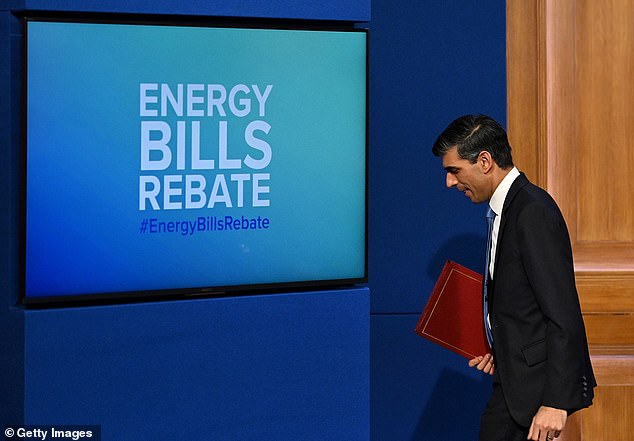 ‘As Conservatives we ought [to] believe in targeting taxpayer money as best we can so that we [achieve] best value and keep the burden on the Exchequer as low as we can.’

‘There are more ways that we could approach the question of how to get that help out than just going for Rishi’s bailout 3.0.’