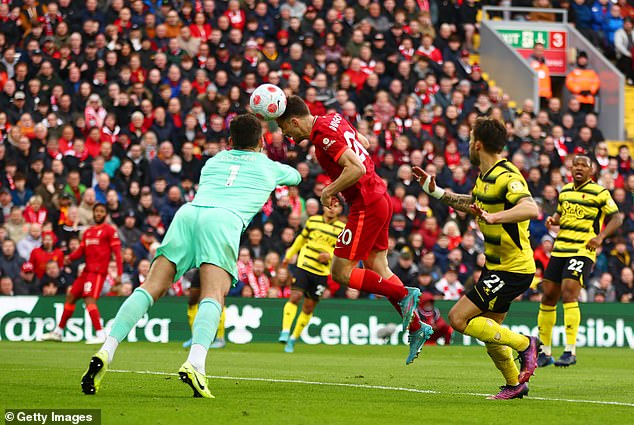 Rio Ferdinand was full of praise for Diogo Jota after the Portuguese forward opened the scoring in Liverpool’s 2-0 win over Watford.

Jota met Joe Gomez’s cross with a perfect header in the 22nd minute at Anfield to give the title-chasing Reds the lead against the lowly hornets.

It was the 25-year-old’s 14th goal in the Premier League this season; only Liverpool teammate Mohamed Salah has found the net on more occasions. 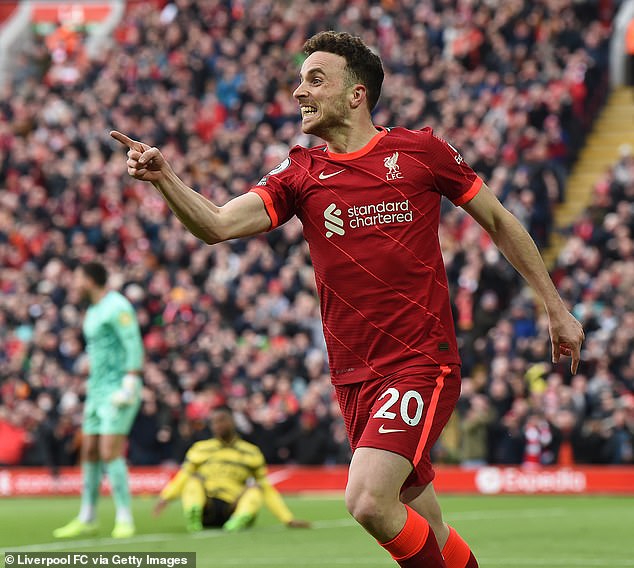 It was Jota’s 14th goal in the Premier League this season, only Mohamed Salah has scored more

BT Sport’s pundits could not speak highly enough of Jota when discussing his goal at half-time.

‘That’s an unbelievable run,’ Rio Ferdinand said. ‘He’s top goal scorer for headers in the Premier League this season. That’s unbelievable and he was brave to get his head in there.’

‘He’s one of the cleverest players in the whole of the Premier League,’ Gianfranco Zola added.

At 5ft 10in, Jota is not among the tallest players in the English top-flight, but his intelligent movement and heading accuracy mean he is a real danger in the air. 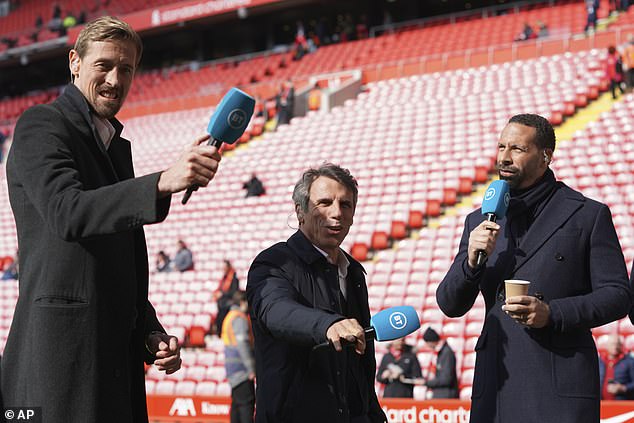 His goal against Watford made him the outright leader for headed goals in the Premier League this season with four.

Meanwhile, 10 of Jota’s 20 goals in all competitions in 2021-22 have opened the scoring in matches, highlighting his importance to Jurgen Klopp’s side.

He has already made more appearances for the Reds in this campaign than he did last season, having overtaken Roberto Firmino in the Anfield pecking order.