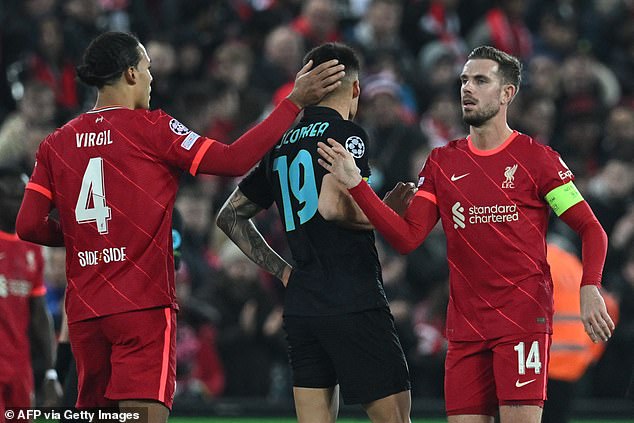 ‘The mentality and mindset is there and they’ve got a great manager behind them’: Rio Ferdinand reluctantly admits Liverpool have a chance of winning an unprecedented Quadruple this season

Rio Ferdinand has reluctantly admitted that the quadruple could be on for Liverpool this season.

The Reds suffered a 1-0 defeat to Inter Milan on the night, but advanced to the quarter-finals of the Champions League with a 2-1 aggregate scoreline.

Liverpool have already won the Carabao Cup this season and are also still in the hunt for both the Premier League and FA Cup. 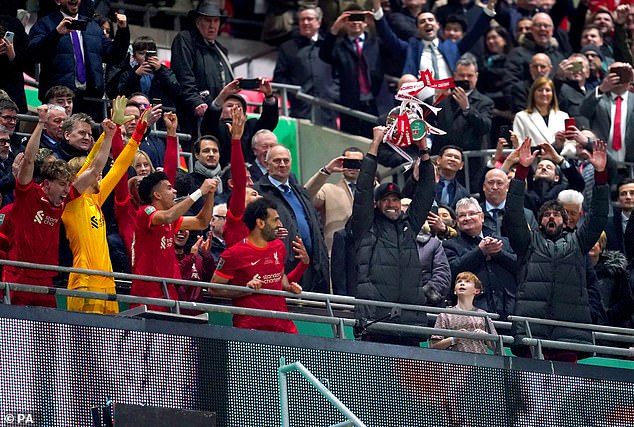 Ferdinand, wearing his Manchester United allegiances, jokingly responded: ‘No I don’t imagine it.’

He then went on to add: ‘They’ve got the quality, no doubt. This squad is full of winners. 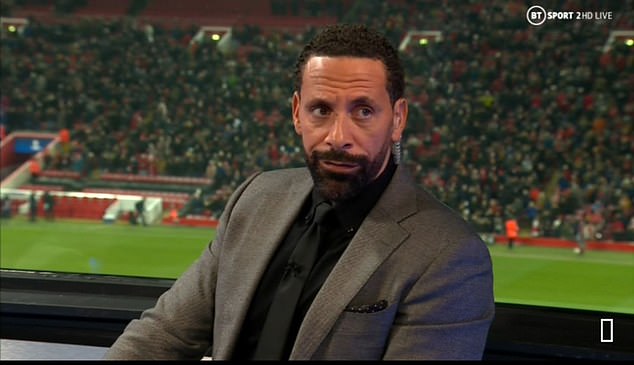 ‘It’s full of people that have big passion and desire to go on and win things. The mentality and mindset is there and they’ve got a great manager behind them.

The Premier League title race looked dead and buried after Christmas, but Liverpool’s impressive form and dropped points by Manchester City have brought Klopp’s team back into the race. 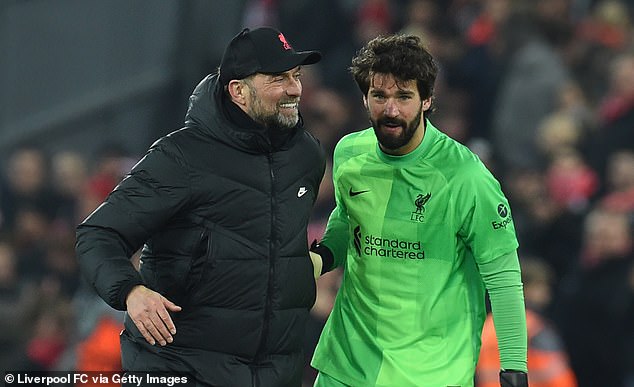 They are six points behind City, with a game in hand over them and a game still to come at the Etihad Stadium.

As well as reaching the quarter-finals of the Champions League, they have reached the same stage in the FA Cup where they will face Championship Nottingham Forest.

The draw for the next stage of the Champions League will be made on March 18.