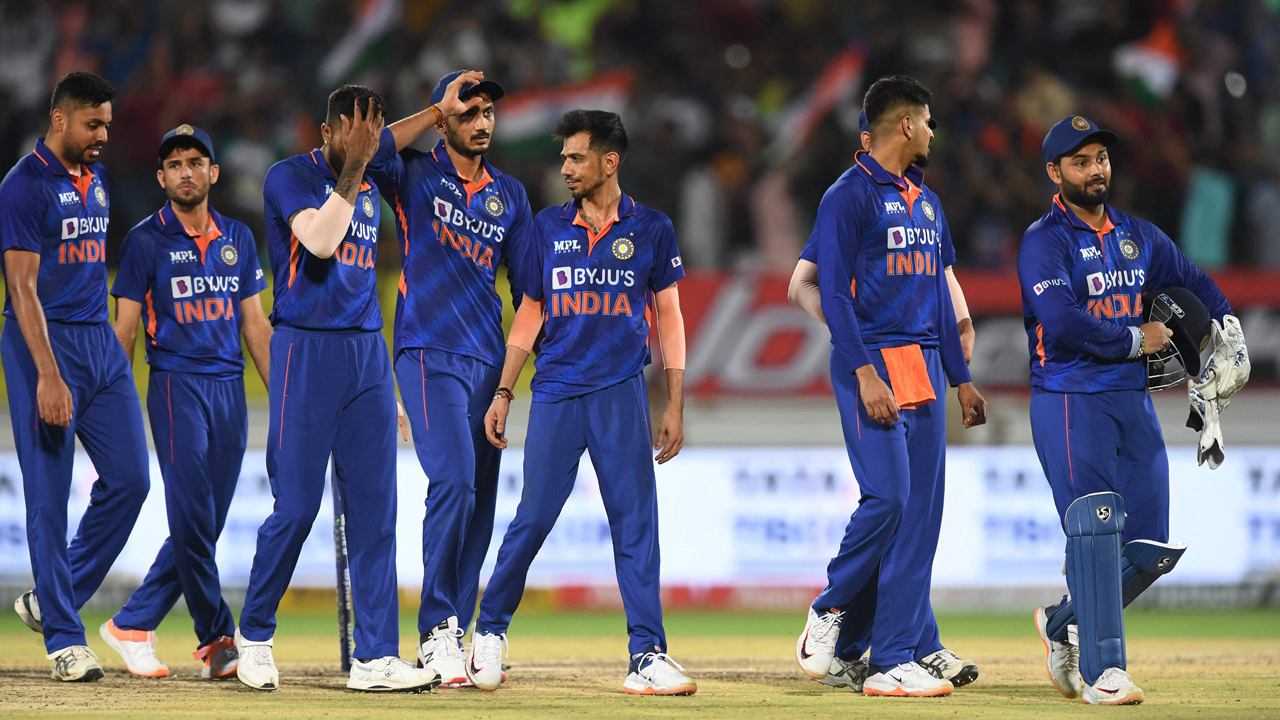 IND vs SA Live: India captain Rishabh Pant hailed the fighting spirit of the side after the hosts came back from two games down to take the fivematch series against South Africa into the decider, which was washed out here on Sunday. Follow IND vs SA Live updates on InsideSport.IN

The wicketkeeper-batter said there are a lot of positives to take from the series that ended 2-2.

“It might get a little bit frustrating, but there are a lot of positives, especially the way the whole team showed character after the series was 2-0. We are trying to find different ways of winning matches, we are trying to play in a new way.

“Mistakes will happen, but we are going in the right way. I think this is the first time I’ve lost this many tosses at the same time, but it’s not in my control, so I’m not thinking about it too much,” Pant said after the fifth and final match was called off due to rain.

On his personal form, Pant said: “From a personal point of view I would like to contribute more to making my team win. I can only think about giving my 100 percent as a player and captain.”

India and South Africa shared honours after the last game was called off with only 3.3 overs of play possible.

After being put into bat, a steady downpour delayed the game by 50 minutes. It started raining just when the game was about to start.

The curtailed match did start at 7:50 pm but was called off after only 16 minutes of play in which India managed 28 runs for the loss of two wickets.

South Africa skipper Keshav Maharaj, who stood in for injured regular captain Temba Bavuma, said it was disappointing to draw the curtains on such an exciting tour in this fashion.

“Very disappointed we didn’t get a full game for the end of an exciting tour. We tried a few combinations. Still a work in progress for Australia. You may still see changes. I am sure the future series against India will be interesting like this one.

“We carried our confidence from past tours and at the same time we didn’t want to take anything for granted,” he said. Player of the series Bhuvneshwar Kumar, who finished with six wickets for 85 runs with a best of 4/13, said it’s always a proud moment to win the honour in a T20 series.

“When you get Man of the Series, it’s always a proud moment, and as a bowler in T20, it’s even better. I’m always focused on getting back stronger, whether it’s my bowling or my fitness.

“I’ve been playing for years now, my role has always been the same. Bowl two in the powerplay, bowl two at the end. These things are always the same, but as a senior I always think about helping the youngsters.

“I’ve been lucky that the captain has given me the full hand and said do what you want. In that regard I’ve been blessed,” he said.