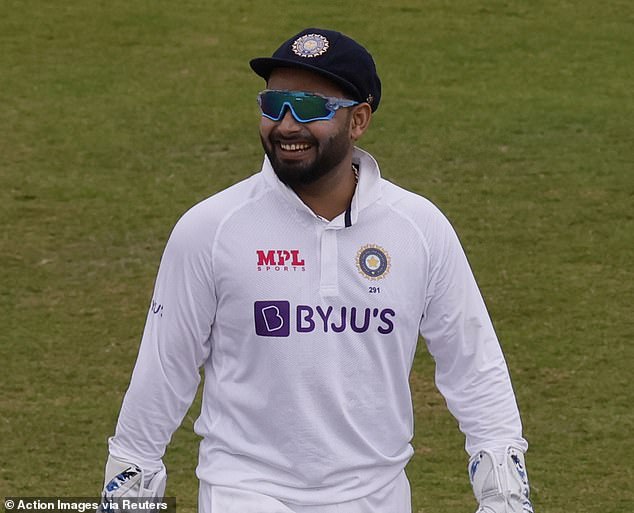 By Aadam Patel For The Mail On Sunday

England could not have asked for better preparation for next week’s rescheduled fifth Test against India than with three matches against world champions New Zealand.

A hundred miles down the M1 from Headingley, tucked away within the terraced streets of Leicester, India geared up for the one-off encounter with another day of red-ball cricket in front of a sizeable crowd at the Uptonsteel County Ground.

If ever an individual perfectly embodied the Brendon McCullum way of playing Test cricket and putting ‘bums on seats’, as Jonny Bairstow said, then the exuberant Rishabh Pant would fit the bill.

The 24-year-old averages just 23 on British soil, but two of his four Test hundreds have come against England and his 76 off 87 balls on Friday against a strong Leicestershire attack meant he was one of the few Indian batsmen that did not spend time in the middle on Saturday.

As the local British-Indian contingent flocked in, Pant spent much of the lunch interval signing autographs and taking selfies around the boundary edge. 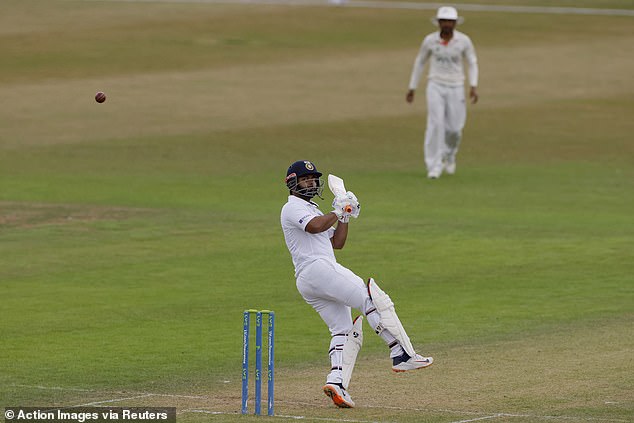 With the tourists having 16 players available for selection for the Test, which begins on Friday, the rules were relaxed for this practice match, allowing all of their players to get game time with four, including Pant and Jasprit Bumrah, playing for Leicestershire.

For the Indians, there was a welcome half-century for Virat Kohli, including a ridiculous uppercut for six off the bowling of Bumrah.

The attraction of Kohli is such that at one stage of the afternoon, over 90,000 fans were tuned into the official Leicestershire YouTube live stream. The number of subscribers has increased by more than 900 per cent from 20,000 to 190,000 across the past three days.

Bumrah got his revenge, removing his former captain for 67 on a day where both Ravindra Jadeja and Shreyas Iyer batted twice after initial failures, indicating the pair should be part of the Test team. 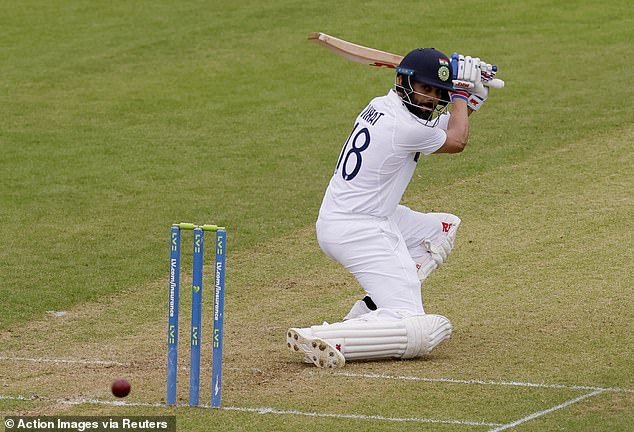 India have not won a Test series in England since their coach Rahul Dravid led them to victory in 2007. And in their bid to finish the job off in Birmingham, a return for 34-year-old Cheteshwar Pujara is expected, after he was dropped for the home series against Sri Lanka.

Pujara scored 720 runs in eight innings for Sussex earlier this season. ‘If we can win this Test match and the series on English soil, I think it will be one of the best victories India has,’ he said.

India were 2-1 up in the series after wins at Lord’s and The Oval before the last Test was postponed in September due to the Covid pandemic. Come Friday at Edgbaston, the final act of this enthralling series will finally get underway.