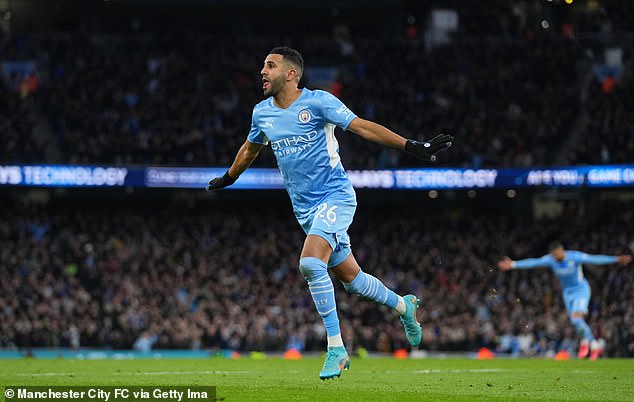 Man City boss Pep Guardiola hails Riyad Mahrez as ‘exceptional’ but insists ‘I push him a lot’… as he feels the forward can reach new heights, despite already notching 20 goals this season

Pep Guardiola believes Riyad Mahrez can scale even greater heights after the Manchester City forward surpassed 20 goals for the season.

Mahrez has taken on a fair portion of goalscoring responsibility in City’s absence of a striker, now eight clear of anyone else the squad after scoring twice in the 4-1 win over Manchester United last week.

The Premier League champions have a decision to make on his long-term future in the coming months, with the 31-year-old out of contract at the end of next season. 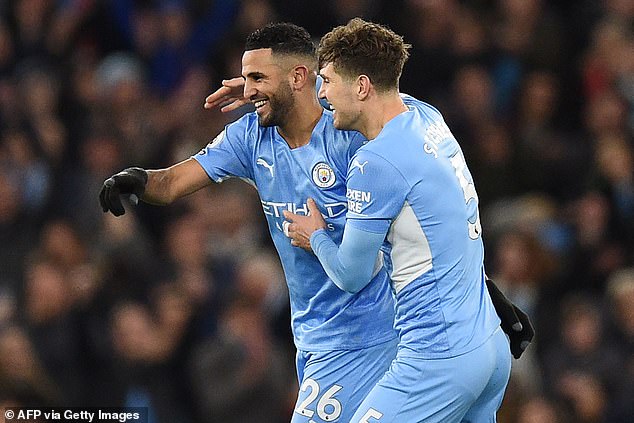 ‘An exceptional player, a player the many teams would love to have,’ Guardiola said.

‘I would not say it is his best season because he has played in the Premier League at a high level for many years.

‘Last season he was exceptional at the end. I try to push him a lot. We struggle together because I know the quality that he has.’ 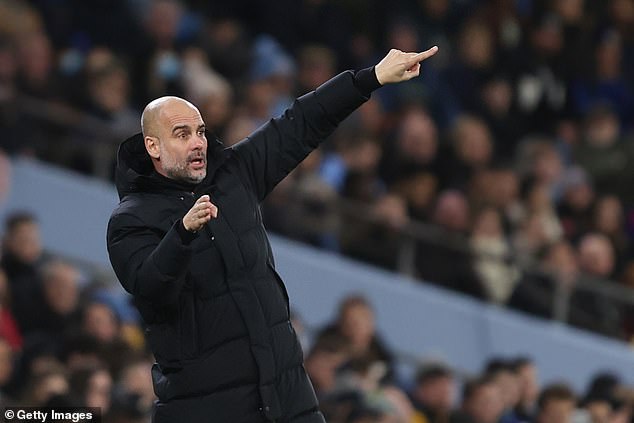 Mahrez revealed that Guardiola’s (pictured) tutelage on improving his movement has benefitted him in recent years.

Mahrez revealed that Guardiola’s tutelage on improving his movement has benefitted him in recent years.

‘I always think I need to add things to my game. Pep worked with me a lot as well to do this, to improve more in my runs, to be more in the box and to be where you can score goals,’ Mahrez said.

‘Pep always gives us the freedom in the last 30 metres. You can do whatever you want. He obviously gives you the information of where he thinks the spaces are but at the end it is about you.’