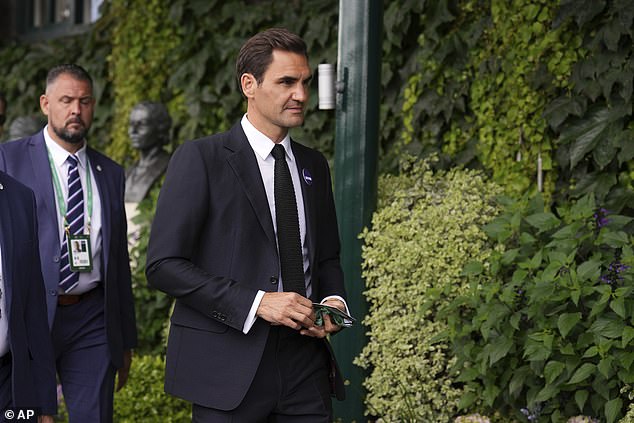 Look who’s back! Suited-and-booted tennis legend Roger Federer returns to Wimbledon after missing the tournament for the first time in 23 YEARS with a knee injury

Tennis icon Roger Federer has been pictured making his way into Wimbledon.

The legendary 40-year-old is missing the historic tournament for the first time since 1999 – 23 years – so he can recover from a knee injury.

But Federer made his return to SW19 on Sunday to catch up on some of the action from today’s play. 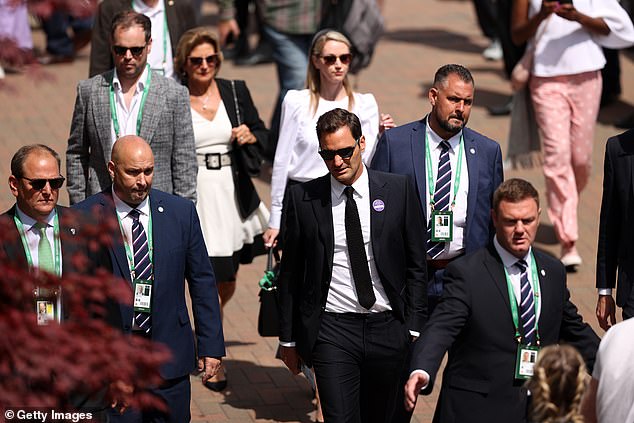 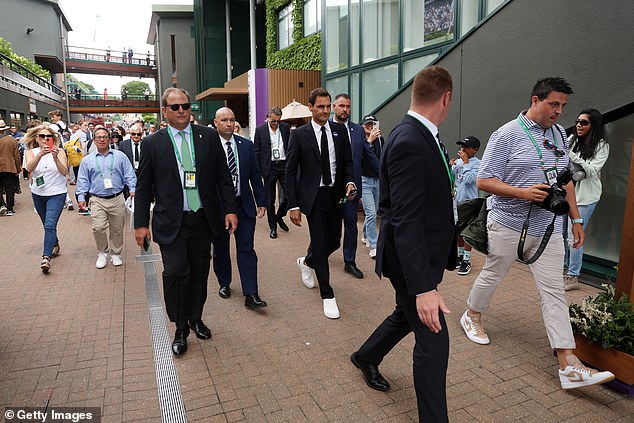 The veteran has won a record eight men’s singles titles at the famous Grand Slam, including five in a row from 2003-2007 inclusive.

And Federer rocked up to the south-west London venue looking as suave as ever in a smart suit, with a jacket and tie.

He was flanked by several security staff, as fans flocked around him to get a glimpse of their hero. 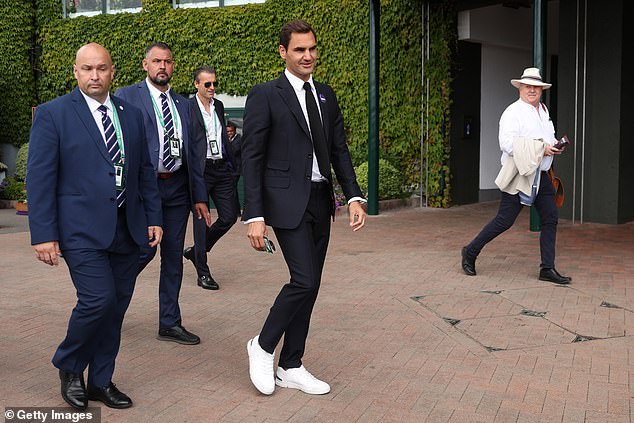 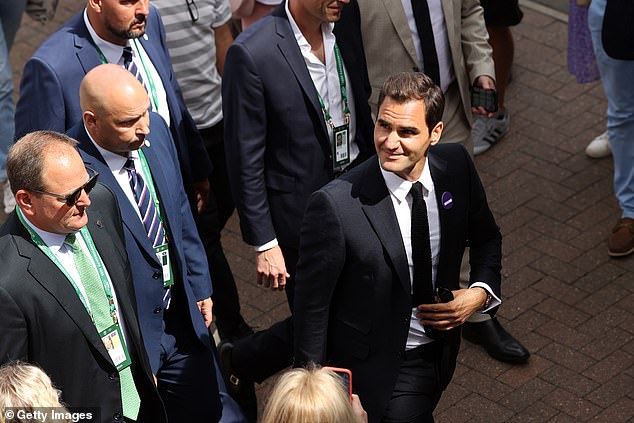 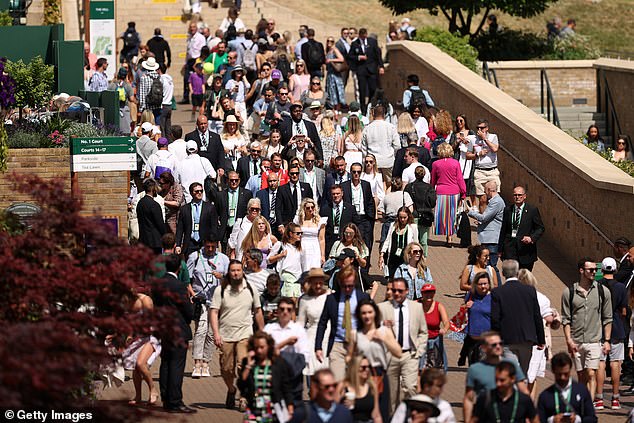 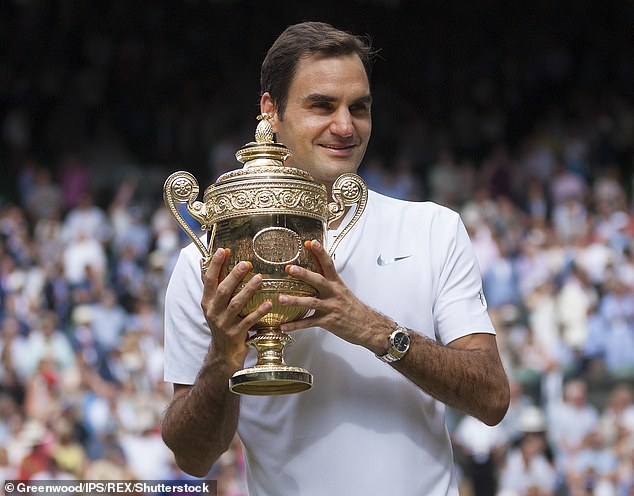 There is traditionally no play on the middle Sunday at Wimbledon, but this weekend there is a scheduled day’s play for the first time ever.

It is also a historic day for another reason, as Wimbledon celebrates 100 years of centre court.

British stars Cameron Norrie and Heather Watson are involved in the men’s and women’s singles respectively on Sunday afternoon, both hoping to reach the last 16 and continue to carry the dreams of the home crowd.