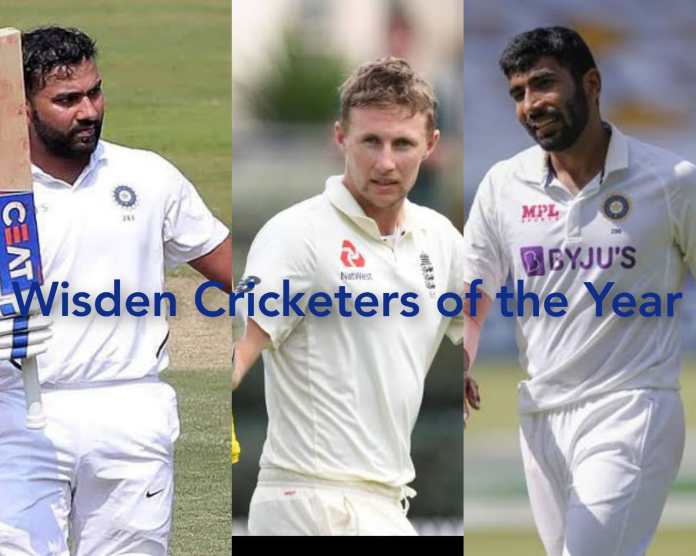 Rohit Sharma & Jasprit Bumrah, stalwarts of Indian cricket, take the once in a lifetime honour as they emerged as a strong force behind India’s dominance in Test cricket to take India to new heights in the last calendar year. Meanwhile, Former England captain Joe Root was named Wisden’s leading cricketer in the world.

IPL 2022: Not Steve Smith or Joe Root, Shane Watson names this Player as the BEST TEST BATSMAN of current generation – Check out

🏏 The Five Wisden Cricketers of the Year 🏏

“Rohit Sharma was at the heart of his side’s 2-1 lead over England, and played starring roles with the bat at Lord’s, where he made an elegant 83 in treacherous conditions, and at The Oval, where his superb 127 helped India overcome a first-innings deficit of 99. His series tally of 368 runs at 52 was higher than any of his team-mates,” Lawrence Booth, Wisden’s editor, said.

“Jasprit Bumrah was central to India’s two Test wins last summer, taking three for 33 on the final afternoon at Lord’s, then thrillingly bowling Ollie Pope and Jonny Bairstow in successive overs to hasten his team to victory at The Oval. Had rain not washed out the last day of the First Test at Trent Bridge, his nine wickets there might have led to an Indian win, too. In all, he managed 18 wickets at 20 apiece in the four Tests, and scored some unexpected – and crucial – tailend runs,” Booth added.

A stunning 12 months for Wisden’s Leading T20 Cricketer in the World 🔥#WisdenAwards pic.twitter.com/P1nH4KufS7

South Africa’s Lizelle Lee was named Leading Woman Cricketer in the world after 632 in 11 ODIs a@90.

For more sports news and Wisden updates, follow us at InsideSport.IN