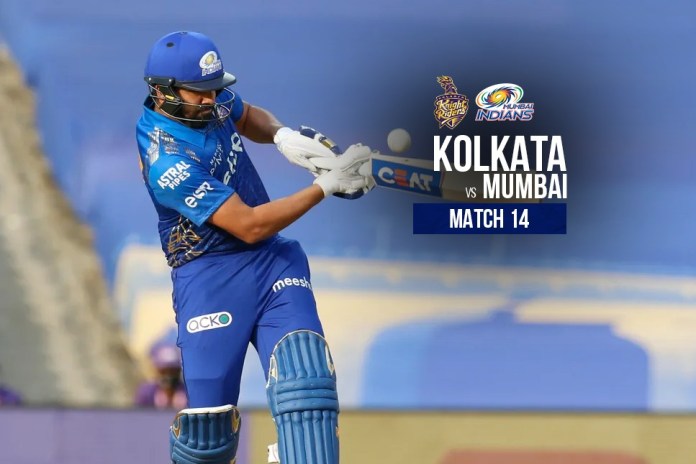 KKR vs MI Live: Mumbai Indians skipper Rohit Sharma’s lean patch with the bat has continued yet again as he departed after scoring just three runs against KKR on Wednesday. With his short stay at the crease, he has missed out the opportunity of reaching a huge milestone in T20 cricket, in this game. Follow InsideSport.IN for more updates.

KKR vs MI Live: Rohit Sharma misses out on HUGE MILESTONE in match against KKR – Check Out

The 34-year old who has already had a illustrous career in T20 cricket was just 54 runs away from becoming the second Indian batsman to score 10,000 runs in T20 cricket. Before this match, he had scored 9946 runs in 372 T20 matches. He is second highest run scorer among Indians in the shortest format of the game, with only Virat Kohli ahead of him, who has amassed 10,331 runs in 329 matches.

Chasing the milestone, Rohit managed to score just three runs against Kolkata Knight Riders. He was dismissed in the third over of the innings by a short ball from Umesh Yadav. Rohit looked to pull but he got the top edge and the ball flew high. Wicket-keeper Sam Billings completed the catch as KKR took the first wicket of the match.

Meanwhile, Rohit Sharma also couldn’t reach another record in this match as he is just five boundaries short of scoring 500 fours in IPL.

KKR vs MI Live: Rohit Sharma misses out on HUGE MILESTONE in match against KKR – Check Out