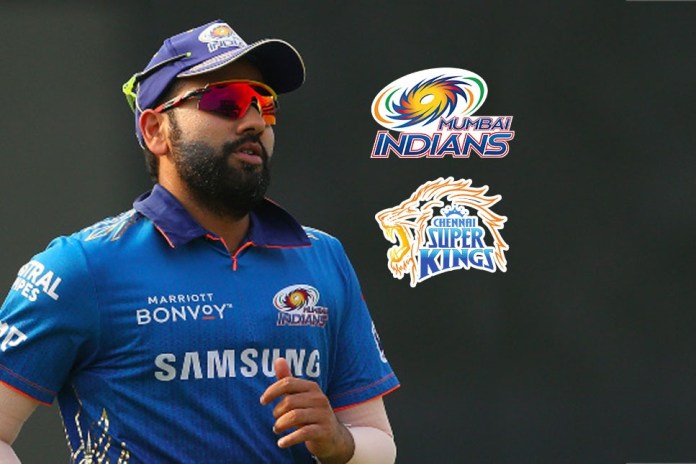 IPL 2022 – Rohit Sharma Most Popular Player in IPL: The newly appointed captain of Indian cricket team Rohit Sharma’s stock is rising by the day. Now a study has revealed by Hansa Research has revealed that Mumbai Indians captain is the most favorite player in IPL since last 3 seasons. According to the study named IPLomania, Virat Kohli is No. 2 & CSK Captain MS Dhoni is at No. 3 in terms of popularity in IPL – Follow IPL 2022 LIVE Updates with InsideSport.IN

Most Popular Team in IPL: The study further claims that Chennai Super Kings (CSK), Mumbai Indians (MI) and Royal Challengers Bangalore (RCB) were the top three IPL teams in 2021 in terms of popularity.

IPL 2022: Another twist in tale in Punjab Kings camp, not Shikhar Dhawan but Mayank Agarwal set…

IPLomania Report: Rohit Sharma Most Popular Player in IPL: As per the 2021 report of IPLomania, 60 matches were played wherein a whopping 219 brand variants across 117 brands appeared during the matches.

Nearly 13,85,103 seconds were consumed by these 117 brands, which is a growth of a whopping 36.64% from 2020. The revenue perception model will probably change in 2022 and brands can learn and fine-tune their brand strategies by recapturing the branding and advertising developments from IPL 2021.

Here are some interesting findings from the previous reports of IPLomania:

What is IPLomania Report? A syndicated study by Hansa Research for tracking brands return of investment during IPL. IPLomania tracks brands on a daily basis and understands return on investment among other things. It also tracks the popularity & loyalty among fans for different teams and players.

Commenting on the significance of the report, Mr. Praveen Nijhara, CEO, Hansa Research, said, “With sports marketing gaining prominence year on year, studies like IPLomania helps to provide a thorough analysis on the impact each brand creates in the viewers mind. We have been tracking brands, players, teams during the Indian Premier League (IPL) for over a decade now through ‘IPLomania’”

IPLomania Report: Will the new teams formed this year take away some fans from CSK, RCB and MI? Will KL Rahul enter the top three popular player list this year and strengthen his position as a brand endorser? Will fintech companies create a stronger recall value this year?

IPL 2022: IPLomania seeks to answer this and many more interesting questions in its 2022 report. Watch this space for more!