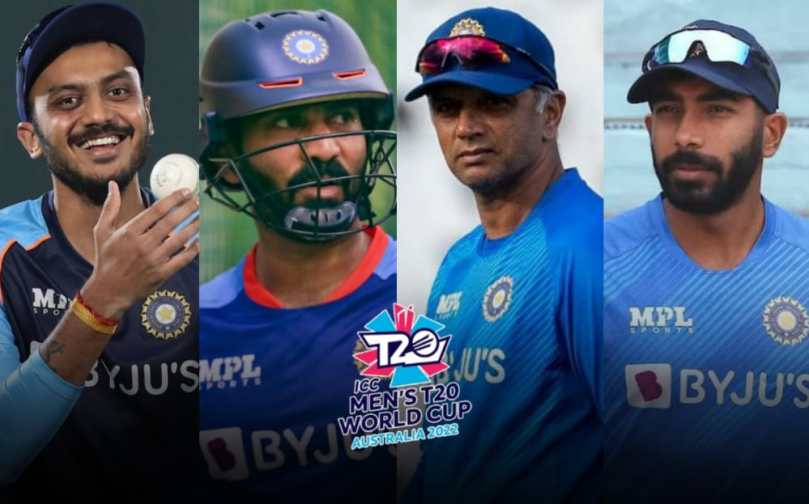 T20 World Cup: India vs Australia T20 series: The T20 World Cup is just a month away with the ICC event starting…

T20 World Cup: India vs Australia T20 series: The T20 World Cup is just a month away with the ICC event starting from October 16 in Australia. Teams are in the last phase of their preparations for the World Cup. Likewise, head coach Rahul Dravid will be keen to address some issues in their upcoming two series at home. Rohit Sharma are co are set to welcome Australia and South Africa before the T20 Cricket World Cup. The India vs Australia series starts September 20. Follow T20 World Cup live updates with InsideSport.IN

After their Asia Cup debacle, the two upcoming series has assumed even more significance. The team management will use the twin series to look at different combinations and solve puzzles before the World Cup. Here is a look at four such issues the team management would love to address. India play Australia in three-match T20 series. They also host South Africa for three T20s and three ODIs.

There is some good news for the Indian team with both key pacers Jasprit Bumrah and Harshal Patel having passed their fitness test. The duo, who missed the Asia Cup due to injuries, have recovered and are deemed fit to be in the T20 WC.

DK or Pant in Playing XI

Dinesh Karthik vs Rishabh Pant: Who should India field in the Playing XI? It was one of the burning questions for Team India in the Asia Cup. When India field their best-balanced combination, it becomes difficult to play both.

They are both different players. Pant is mostly a floater and a middle order batter while Karthik is India’s finisher. The team cannot make this a musical chair, and rather zoom in on one player, give him a chance to impress and justify his place in the XI.

The top order of India, including Virat Kohli, KL Rahul and Rohit Sharma have been amongst the runs for India recently. But the problem arises after them. There is lack of consistency in the middle order for India. Surykumar Yadav has been decent in patches, but the likes of Hardik Pandya and Pant have not been at their consistent best. In fact, there is lack of clarity in the middle order as to who would be involved as number four, five and six as well. The finishing in the latter stages of the innings has been another concern.

With Ravindra Jadeja ruled out due to knee surgery, there is no player, who can fill in his shoes in the current India set up. Axar Patel with his all-round skills come close, but the management did not show confidence in him in the Asia Cup. With India not having much left-hand batting options, this is a concern. They need to find the best solution and may need to experiment with other players and combinations in the home series as well.