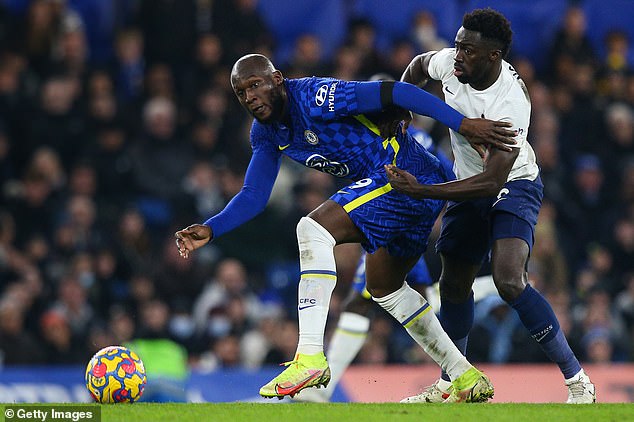 The Belgian striker is still short of match sharpness and confidence since being reinstated into the starting XI following his fall-out with the Blues boss after criticising his tactics in an Italian interview.

And Lukaku spurned a couple of good chances to score in the 2-0 win over Tottenham on Sunday.

‘I think he’s got to get that right because I watched him today and again there was some moments where he didn’t have that confidence, that belief.

‘There were times he pinned Sanchez and I thought that’s what we want to see from him. 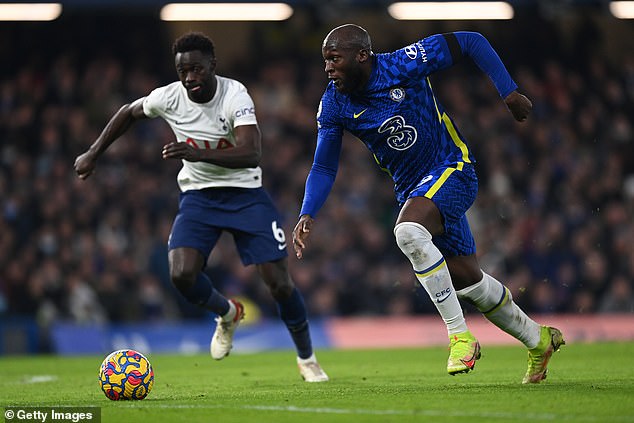 ‘But he’s certainly a player that’s looking for a goal, confidence, it’s not quite happening for him. These two chances come on his wrong foot but he should still do better. When you’re a £90m player you’ve got to finish them.’

Former Chelsea striker Jimmy Floyd Hasselbaink added: ‘He makes one movement and that’s it. He doesn’t make two movements consecutively and that’s what you need to do to get free. Especially playing against PL defenders. The really good strikers make three movements to get that yard free. He doesn’t do that enough. Maybe he’s not 100% fit yet and he doesn’t look a 100% fit yet and it might also be he needs a goal to lift him up and do all those things.

‘It is his fault, it’s not Tuchel’s fault, we are analysing him and that’s what I’m feeling from him. He needs to work on more fitness, more runs and to do more off the ball. I would play him every match he needs goals to feel better 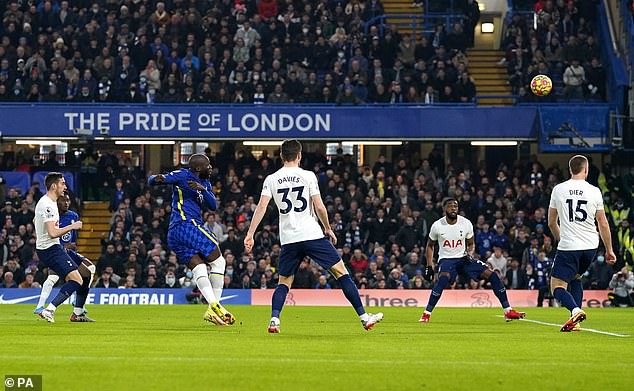 He said: ‘He doesn’t look lean like he was in Milan.

He doesn’t need a rest. It’s amazing player of his quality, the CV he’s got and he might be lacking a bit of confidence.

‘He’s stopped doing the basics, and when you stop doing that you probably don’t get the bit of luck you need as a striker.’