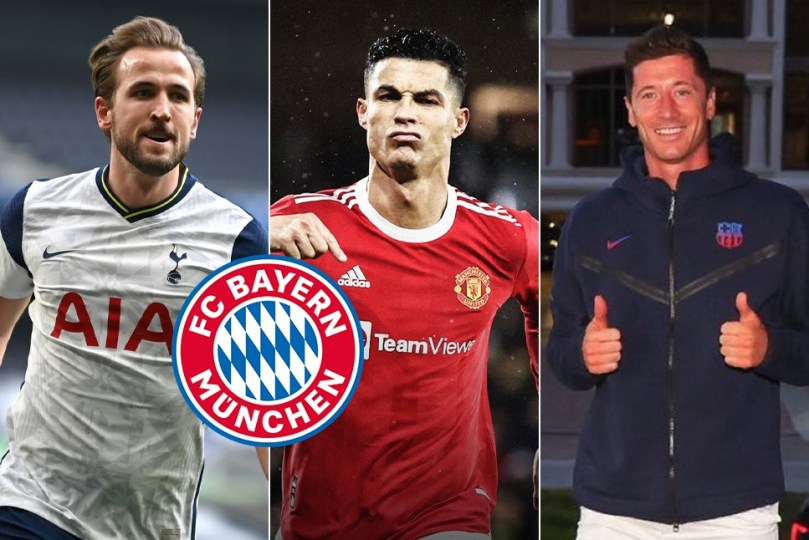 Premier League transfers 2022-23: Cristiano Ronaldo or Harry Kane replace Robert Lewandowski at Bayern Munich? – Harry Kane is the most wanted man to replace Robert Lewandowski at Bayern Munich. Alongside Harry Kane, Man United’s Cristiano Ronaldo is also a favourite to replace the Pole who joined Barcelona on Sunday. Club Chief Oliver Kahn has confirmed interest in the Spurs man as Bayern are in the market looking for a center-forward with just three makeshift forwards available for Bayern Munich in the form of Thomas Muller, Serge Gnabry and Sadio Mane. Follow Latest Football transfer News and updates LIVE with InsideSport.IN

Bayern’s Oliver Kahn on Harry Kane as target for summer 2023: “He is under contract at Tottenham. Sure, an absolute top striker, but that’s all a dream of the future. So let’s see what happens”, tells @cfbayern. 🔴 #FCBayern

The Bundesliga champions are in the market for a new center-forward after allowing the 33-year-old to join Barcelona for £42.5million. It was reported earlier in the week how the Bavarian outfit had identified England skipper Kane as their preferred replacement for the Poland superstar.

Bayern are reportedly confident they can prise the 28-year-old away from North London. And now club chief Oliver Kahn has confirmed the Tottenham striker is on their hitlist.

🗣 “There’s a good buzz around the club.”

Harry Kane is hoping Spurs can get their hands on some silverware next season ⚪️🏆 pic.twitter.com/swQ9bRP7Zf

He told Bild: “He is under contract with Tottenham. Sure, an absolute top striker, but that’s all a dream of the future. Now we have to look at getting the squad together for the current season. So let’s see what else happens.”

Kane will have just one year left on his deal at Spurs after this season. Bayern could now look to bring in an interim striker for the upcoming campaign before pressing ahead with a move for Kane in 2023.

Kane all-but confirmed in June that he will snub a transfer away after helping Antonio Conte’s side secure Champions League football. The former Leicester loanee got on the score sheet in Saturday’s pre-season draw against Sevilla.

Manchester City were desperate to land the player last summer, but Daniel Levy demanded a whopping £150million. After failing to force through a move, Kane confirmed he was to stay, with the Citizens subsequently turning their attention to Erling Haaland who they landed this summer.

Kane has been vocal in his desire to win trophies, and should Spurs fail to claim silverware next season, he could once again push for an exit.