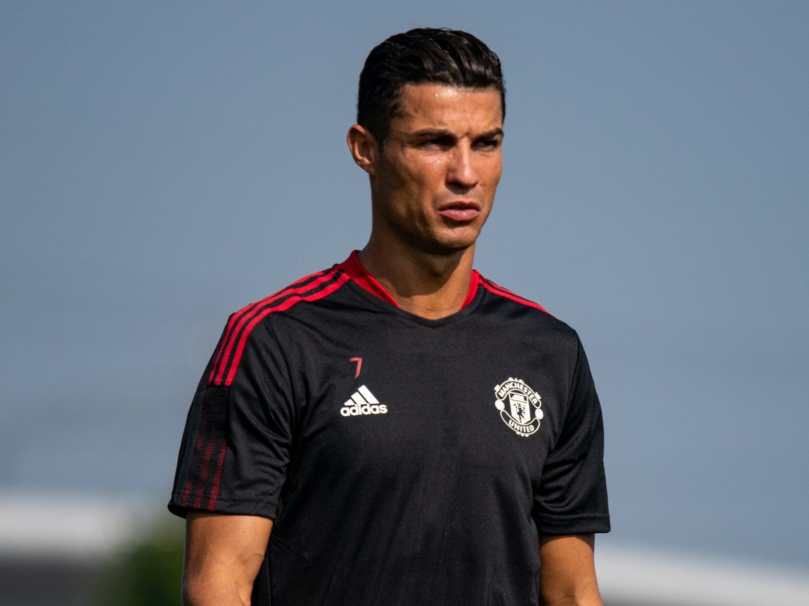 Cristiano Ronaldo updates LIVE: Ronaldo to fly to Australia? – Cristiano Ronaldo has been left out of the squad due to ‘family reasons’ that will travel to Thailand for their first Pre-Season game against Liverpool in Bangkok. Although as the club insists that the Portuguese forward is not for sale it is still unclear whether he will join his teammates in Australia or Norway for Manchester United’s Pre-Season Tour. Follow Latest Football News LIVE with InsideSport.IN

Cristiano Ronaldo ANGRY at reports as he opts out of Pre-Season tour due to ‘family reasons,’ Check out Man United’s official Pre-Season squad

Cristiano Ronaldo will not play in Erik ten Hag’s first game in charge of the Old Trafford club. The Portuguese has been given additional time off to deal with an unspecified family issue and is currently training in Portugal in order to keep his fitness intact.

Clubs such as Chelsea, Napoli and Roma are keeping tabs on the forward but with United standing firm the saga could be dragged on to the last day of the Summer Transfer deadline.

Ronaldo, who has been linked with a summer exit from United, is one of four players who won’t be involved against Liverpool.

Phil Jones and Brandon Williams are remaining in England, while Andreas Pereira is being given a break after a loan spell at Brazil club Flamengo.

Bruno Fernandes to inherit Juan Mata’s No. 8 jersey ahead of the 2022/23 season, Tyrell Malacia given No. 12, Check out Man United’s squad numbers

Who has been included in Manchester United’s OFFICIAL Pre-Season Tour squad?

What has been said about Ronaldo’s absence?

A United statement said: “Cristiano Ronaldo will not be in the party departing for Thailand as he has been granted additional time off to deal with a family issue.

“Defender Phil Jones is following a specialist pre-season programme, as was the case last summer, to ensure he is best prepared for the campaign ahead. Brandon Williams, back from a loan spell at Norwich City, has a small issue and so is continuing to work at Carrington.

“Andreas Pereira is being afforded a break following his recent exertions in Brazil, on loan with Flamengo.”