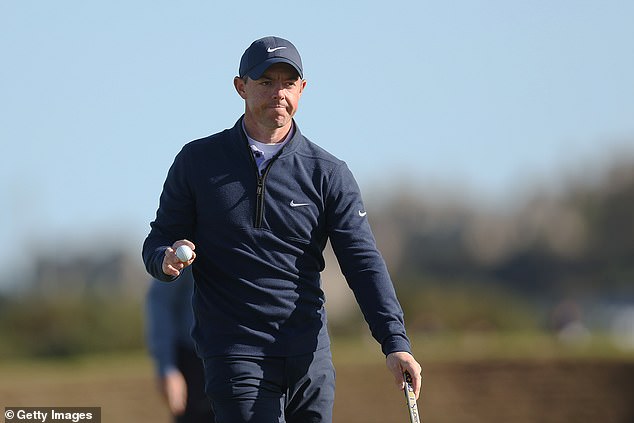 Another strong week for Rory McIlroy and another near miss at St Andrews, where he came up two strokes shy of New Zealand’s Ryan Fox at the Alfred Dunhill Links Championship.

In what has become a recurring theme in recent weeks, the Northern Irishman delivered fine golf to reach 13 under, but not quite enough to take the title.

His fourth-placed finish, secured via a closing 66, followed the same result in Italy a fortnight ago and second at the BMW PGA Championship a week prior to that.

Coming after his £15million jackpot at the Tour Championships in the US, McIlroy might feel satisfaction but also a sense of what might have been.

Golf is rarely so simple, and victory from eight shots back of overnight leader Richard Mansell going into yesterday’s final round would have been ambitious.

He estimated he would have needed a 64 to get close and was tracking in the right direction with six birdies in 13 holes. But his chances were effectively ended when he fired his second shot into the Road Hole bunker on 17, leading to a bogey before he closed with birdie on the same course where he was third in the Open in July. 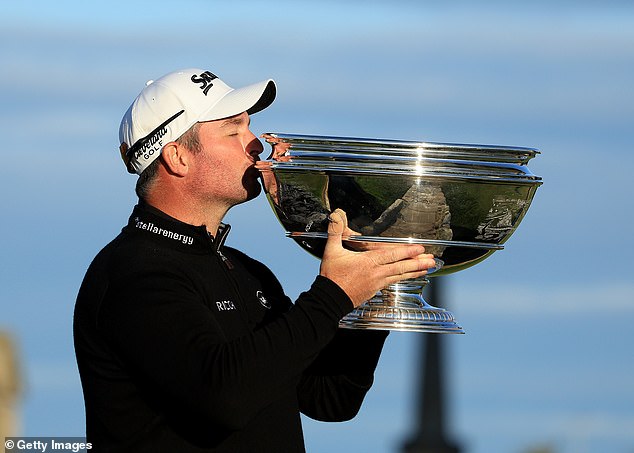 ‘I played well again today,’ said McIlroy, who is No 1 on the European circuit’s order of merit. ‘It was a bit of a struggle on the way in. I came up two or three short of my target in the end.’

Mansell was four clear going into the final round but the Englishman wilted with a 76.

Fox shot 68 for his second DP World Tour win of the season. He finished second in the Dunhill team event in 2021 with the late Shane Warne and said: ‘To be honest the only person I can think of at the moment is Warne. It’s a shame he’s not here.’