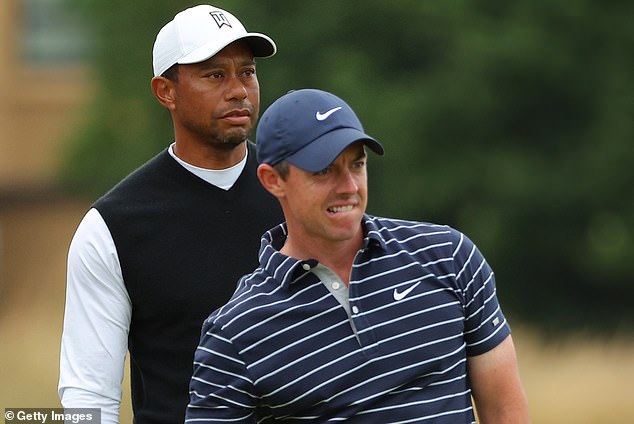 ‘F***ing hell, I’ve just given Tiger Covid’: Rory McIlroy reveals he and Woods BOTH had coronavirus ahead of The Open in July… as he opens up on ‘horrendous’ moment he found out he’d infected 15-time major champion

Rory McIlroy has revealed that he and Tiger Woods had Covid-19 just a week before the start of The 150th Open at St. Andrews this year.

Woods made a momentous return to The Open in July in what was likely his final stroll around the Old Course, while McIlroy came close to clinching Major No. 5 at St. Andrews.

However, the duo were reportedly battling Covid just days before golf’s final major of the year.

The pair were at Adare Manor, Ireland after they had played the JP McManus Pro-Am on July 4-5, the week before The Open teed off on July 14.

But McIlroy revealed he almost ruined the 15-time Major winner’s fairytale return to the Home of Golf.

The Northern Irishman revealed that he began to show symptoms of Covid on the morning of Thursday, July 7 before Woods followed that night.

‘Tiger needed a rest on Wednesday,’ McIlroy told The Independent. ‘We had played two days of golf at Adare [Manor] and the plan was to play Ballybunion on Thursday. I woke up that morning feeling a bit achy but didn’t really thing anything of it. 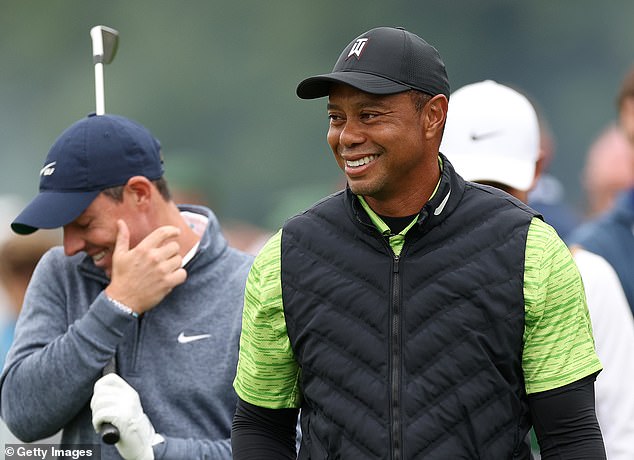 The pair were at Adare Manor, Ireland after they had played the JP McManus Pro-Am 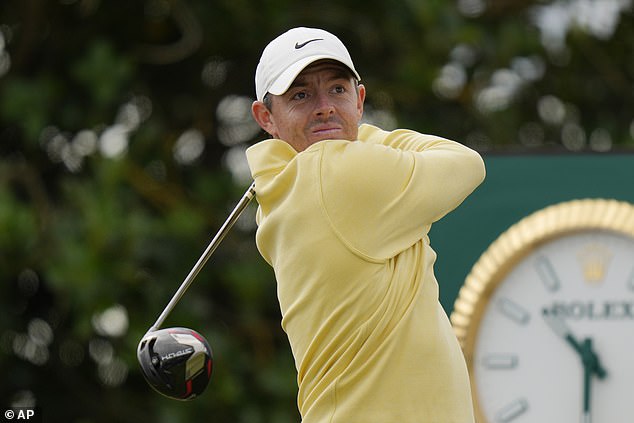 McIlroy said he starting showing symptoms on the morning of Thursday, July 7

‘JP [McManus] gave us his chopper and we went down with Sean and Tiger’s manager, Rob [McNamara]. We got around fine, flew back to Adare for lunch and as I’m getting up from the table, I’m sore and stiff and super tired.

‘I said to Erica, “I’m felling a bit weird. I’m just going upstairs to lie down for a bit.” I slept for maybe two hours and the sweat was just pouring off me, then Erica took my temperature and it was sky high.

‘I rang Tiger: “I’m not feeling so good here.” And he goes, “Oh, I feel okay.” But he texted me at 10 o’clock that night, chills, fever, and I’m like, “F—ing hell, I’ve just given Tiger Covid! This is horrendous!” (laughs) So we both had Covid going into The Open.’ 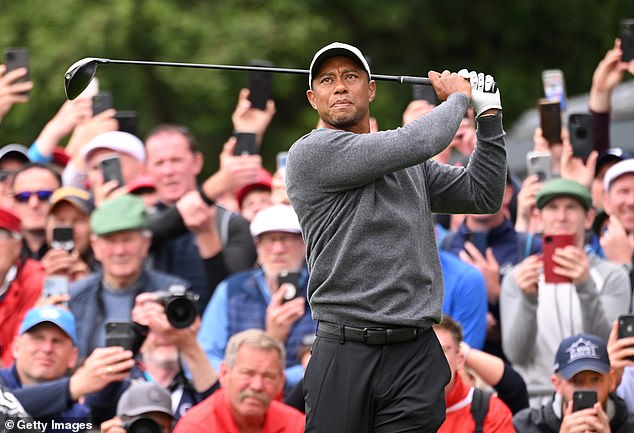 McIlroy said he quarantined himself at Adare Manor and that he started to feel better on Sunday, July 10, though The Independent’s article did not say whether McIlroy was ever tested for Covid.

Fortunately for McIlroy and the golfing world, Woods still managed to tee it up at St. Andrews. However, a triumphant return wasn’t to be for Woods as his Open tournament ended after two rounds, despite him successfully making the cut at The Masters and the PGA Championship earlier in the year.

Despite the disappointment, Woods was given an iconic reception as he made his way up the famous 18th, for possibly the final time.

The crowd gave the legend a standing ovation as he made his way up the fairway to the green and he struggled to keep the tears at bay while raising his cap. 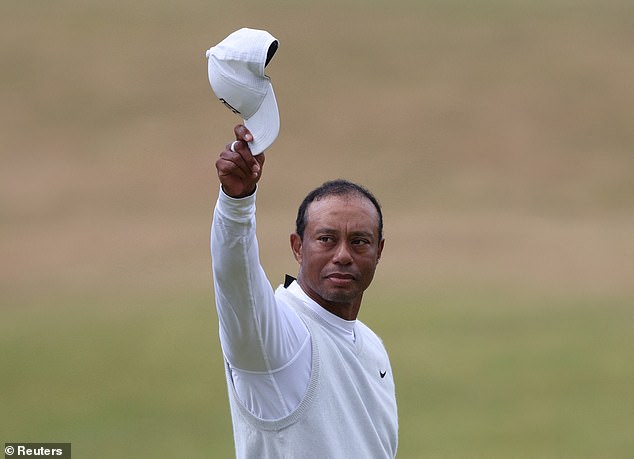 Woods was given an iconic reception as he made his way up the famous 18th at St. Andrews

McIlroy, however, bounced back from his bout of Covid in spectacular form to co-lead the tournament alongside Viktor Hovland heading into the final round.

The duo, who launched their tech-focused company TMRW Sports together in August, will be back in action – hopefully without any hiccups –  in The Match on December 10 when they face off against Jordan Spieth and Justin Thomas. 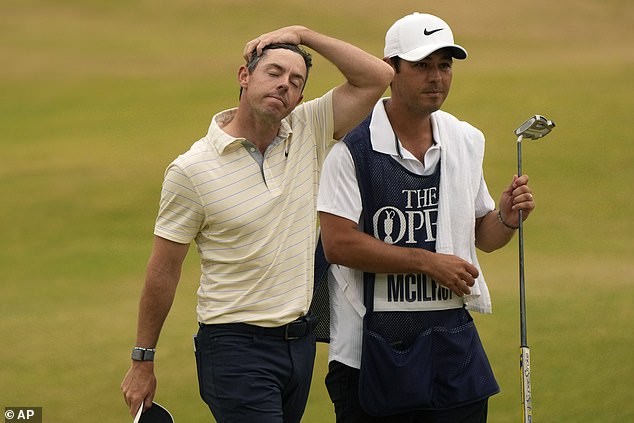 McIlroy shared the lead heading into the final round but finished third, two shots of the winner 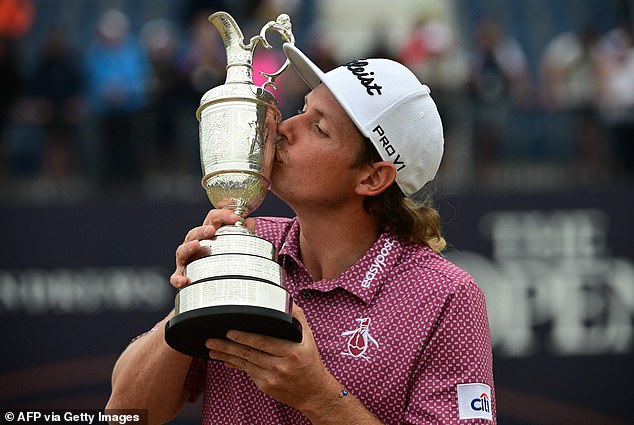