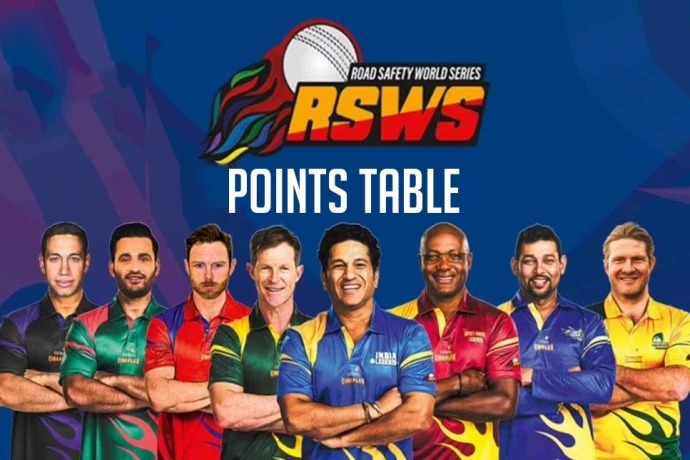 The match between WI-L and NZ-L was the first game of the Dehradun leg of the second edition of the T20 tournament but constant showers all through the afternoon forced the match officials to eventually call off the match. The ground staff had to keep the covers on all day as the rain kept lashing Uttarakhand’s capital city all day.

Match no.13 between West Indies Legends and New Zealand Legends has been abandoned due to rain.#WILvsNZL #RoadSafetyWorldSeries #RSWS #yehjunghailegendary pic.twitter.com/hokc0aNhLh

As the match was called off, points were shared and both the teams earned one point each. New Zealand Legends have four points in as many games. They have, so far, secured victory in one match and lost one, while two of their games have been washed out. The Ross Taylor-led side is ranked fourth in team standings and has a net run rate of -1.370.

Brian Lara-led West Indies Legends are ranked first in the points table with 6 points in four games. The Men In Maroon have won two games and the same number of their games have resulted in no results as rain played spoilsport. Although, their net run rate is a healthy +1.701.

It will be the first match for Sachin Tendulkar-led side in Uttarakhand’s capital Dehradun.

India Legends’ previous match in the league stage against New Zealand was abandoned in Indore due to a wet outfield on September 19. Only 5.5 overs of the first innings in that game at Holkar Stadium were possible before the skies opened up, making the outfield damp and unfit for play.

Sachin Tendulkar-led side, which landed in Dehradun on September 20, will be eager to get on the pitch and play a complete game as two of their first three games have become a victim of rain.