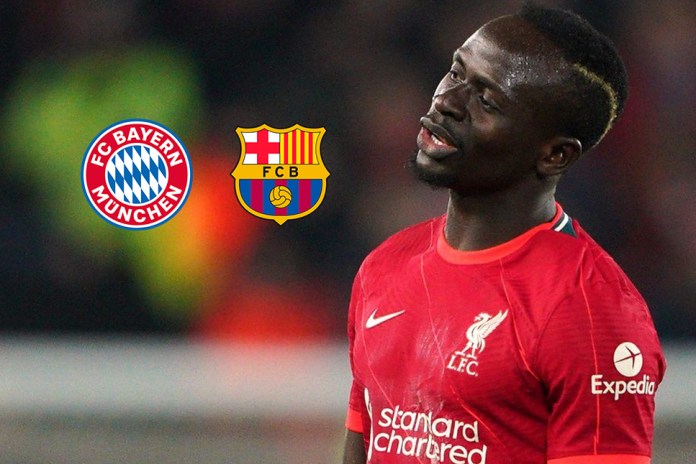 Premier League: Sadio Mane unhappy at Liverpool – Liverpool forward Sadio Mane is very unhappy and frustrated with how his club Liverpool is currently treating him. Mane is currently on the lookout for other clubs and he has been linked with the likes of European giants like Bayern Munich and Barcelona. Yesterday, Mane played a key role in Liverpool’s 2-1 victory over Aston Villa. Follow Liverpool Live and Premier League Live Updates on InsideSport.IN

Mane has scored a total of 22 goals this season but his winner against Aston Villa yesterday can be deemed as the most important goal for the Senegalese winger. Liverpool is currently at the top of the points table, equal on points with Manchester City having played a game more.

Mane who is now 30, will see his current contract expiring next summer. One of the major jobs for Jurgen Klopp would be to secure the contracts of both Sadio Mane and Mo Salah.

When asked if he had been happier by Sky Sports, Mane said, “Yeah, sure, when we won the trophies I think I was more happy. But I think I just try to enjoy every moment and try to score and assist for my teammates. I think it is all about the team or nothing, the boys make it easier for me so I am obviously very happy.”

“He’s a machine, I told him after the game. He is a massive player. His physicality is brutal. He is a mix of technique, desire and physicality when at the moment everyone has a few yards in the legs,” Klopp told Sky Sports.

“You can see it with him to be honest. Top goal, he is just a fantastic world-class player.”

“I’m NOT letting him go to Bayern Munich!” ❌

Safe to say @Carra23 is a big fan of Sadio Mane! 😂 pic.twitter.com/D1t7AWBmvL

“Now we have to really recover and to play the FA Cup final because there is no mercy. The situation, qualifying for the finals, is massive.

“We had an outstanding and incredible mentality. We needed time to find our way into the game and our opponent was there in the beginning, really aggressive.”