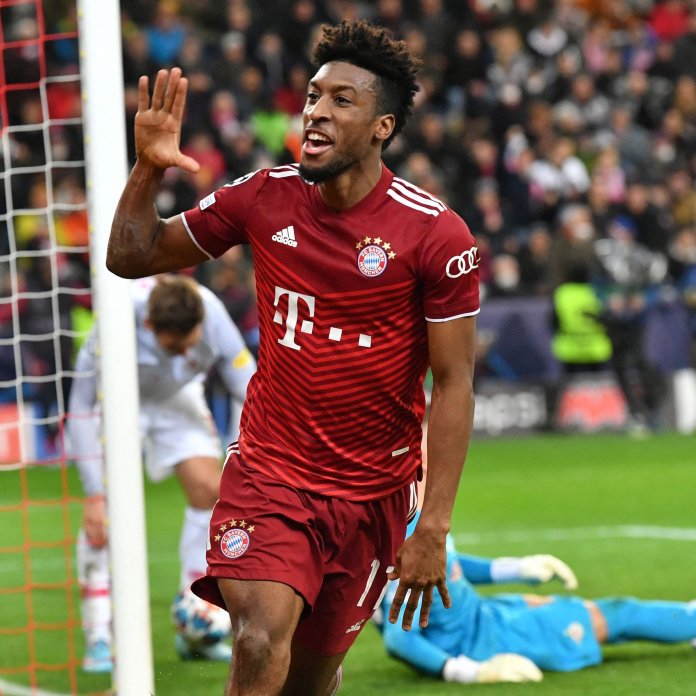 Salzburg 1-1 Bayern Munich Highlights: Kingsley Coman – Kingsley Coman’s late goal snatches a 1-1 draw for Bayern Munich with Red Bull Salzburg. The hosts were the brighter side in the first half, and the substitute, Adamu, put them ahead, curling his effort past Ulreich. Bayern dominated the second half, but almost found themselves 2-0 down if not for a good save followed by Pavard’s last-ditch block. Coman was easily the visitors’ best player, and he poked in from close range in the 90th minute to ensure they avoided defeat. Follow InsideSport.IN for the latest sports news and updates.

Salzburg 1-1 Bayern Munich Highlights: Kingsley Coman spares Bayern’s blushes after scoring a 90th-minute equaliser against RB Salzburg in the 1st Leg of the Round of 16

It was a great performance from Salzburg, and they’re unlucky not to be taking a lead into the second leg. Bayern’s 100 per cent winning record in this season’s competition is over, but they’ve managed to avoid back-to-back defeats in all competitions. The second leg of the tie will be played in just under three weeks’ time at the Allianz Arena.

Full-time: So close to a dream result with a performance that just fills us with pride!!!!! #SALFCB #UCL pic.twitter.com/AI1zA0n7GH

Bayern Munich left it late to rescue a draw from a tough game away at Salzburg. Salzburg took a surprise lead midway through the first half when Chukwubuike Adamu found the top corner with a brilliant curling effort past Sven Ulreich.

Kingsley Coman went close to equalising for Bayern when he had two chances in quick succession the 73rd and 76th minutes, but both were saved well by Salzburg goalkeeper Philipp Köhn. The Austrian side then went close to doubling their lead in the 81st minute when a rebound off Ulreich dropped to Adamu with an empty net, but Benjamin Pavard slid in to block heroically.

But the equaliser came in the dying minutes, when Coman latched onto a glancing header from Thomas Müller to score what could be a big goal.

Salzburg 1-1 Bayern Munich Highlights: Kingsley Coman spares Bayern’s blushes after scoring a 90th-minute equaliser against RB Salzburg in the 1st Leg of the Round of 16