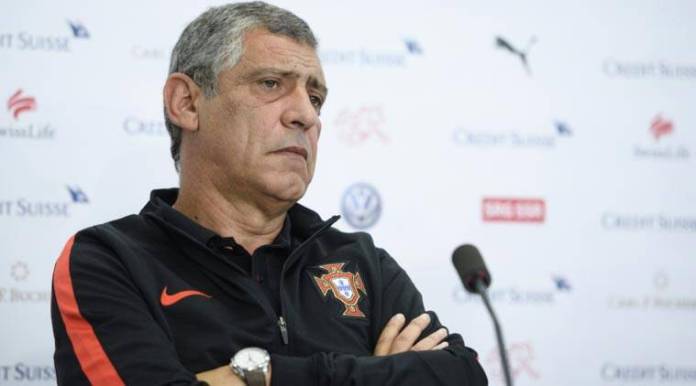 Portugal play Turkey in Porto on Thursday, with the winner facing either Italy or North Macedonia in the Path C final on March 29, with one of the last three spots for European teams at the World Cup in Qatar up for grabs.

The World Cup is scheduled to begin in November.

“What has always happened for the Portuguese national team is a positive pressure,” Santos told a news conference. “The two finals we’ve been in, we won.

“In qualifiers, the decisive ones, we always gave a positive response, with the exception of the last one (against Serbia). These players have a lot of experience and don’t let themselves be influenced.”

Portugal, who won 2016 Euros and the Nations League in 2019, dropped into the World Cup playoffs after losing their final group stage qualifier to Serbia in November after conceding in the dying minutes.

“We are here because of our own responsibility. We have already assumed that,” Santos said. “Obviously we don’t take credit away from Serbia, but there was some (fault with) us.

“We didn’t play well. If that had happened, we would have achieved the goal.

“We have to set… the standard of this team. We have been in two finals and won. Tomorrow, it’s another final, and we want to give joy to the 11 million Portuguese people.”

Portugal will be without their two first-choice centre backs on Thursday, after Pepe tested positive for COVID-19 and joined Ruben Dias (hamstring) on the sidelines.

“(Pepe) is not available for the game, but he is with the group through messages,” Santos said. “I have absolute confidence in the players I have called up.”

It is unclear if Pepe could return for next week’s potential playoff final if Portugal get past Turkey.

“We know Turkish soccer well and there is a lot of quality, both in terms of passing and execution. It’s a team that plays with passion and with heart. They are very competitive,” Santos added.

“We have to match them in spirit, dedication and passion for the game. We will have to be equally strong.”