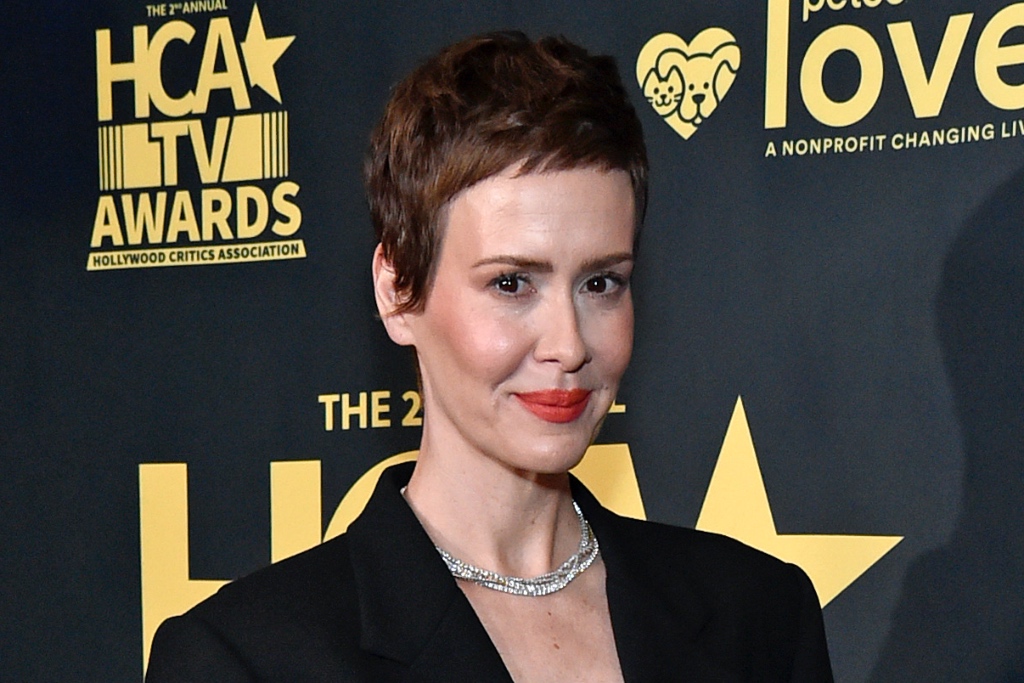 Sarah Paulson brought a slick take to suiting at the 2022 HCA TV Awards. At the event, the actress won the trophy for Best Actress in a Broadcast Network or Cable Limited Series, Anthology Series, or TV Movie for her role as Linda Tripp in FX’s “Impeachment: American Crime Story.”

The “American Horror Story” star hit the red carpet with her award in a sharp black gown by Marc Jacobs. Styled by Karla Welch, the chic number featured a blazer-like top with pointed lapels and a plunging neckline attached to a floor-length skirt. Finishing Paulson’s tuxedo-esque gown was a woven diamond necklace by Anita Ko.

When it came to shoes, Paulson’s footwear wasn’t visible beneath her gown’s long skirt. However, it’s likely the “Ratched” star’s footwear consisted of pointed-toe pumps or sandals in a similarly dark hue, given her lieu of past red carpet outfits styled by Welch.

Discover high heel transformations over the years in the gallery.